HowTo:Convince People You're a Heterosexual Male

From Uncyclopedia, the content-free encyclopedia
(Redirected from Fabulous)
Jump to navigation Jump to search
“Oh, this is just what I needed.”

~ You on This Page

Ever wondered if your sexuality is holding you back from such diverse experiences as blue-collar work, having a partner you have to cheat on one week in four, or owning the same cellphone two years in a row?

Well, don't fret. I'm gay too! With this handy guide you'll be able to experience all the joys of heterosexual life! [1] 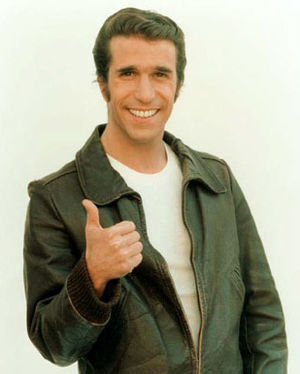 Fonzie never had wet dreams about muscular men. Why not be more like him? Eyyyy!

Scratch, expel, and inflict: at least one of these three little words can be used to describe almost every action it is possible to take within the heterosexual male's spectrum. Some examples:

Scratch your own balls.

Inflict your grating laugh on everyone within earshot, especially if they found the thing you are laughing at dull and uninteresting

Additionally, why not try having a slightly-too-left-wing friend accompany you from time to time? No-one will think you are gay if the person next to you comes out with "I'm not a coward, but..." every five minutes. (see sarcasm)

If no slightly-too-left-wing friends are able to accompany you, an easy solution is ending all conversations with, "...which I can say because I have a gay friend." Because, obviously, if you have a gay friend, you can't possibly be gay yourself.

You need to go to a party and find the ugliest chick there. If you show her how horrible you are in bed, she will brag about you anyway. Her self-esteem is already too low. Take full advantage and make sure your name is given around for your spectacular bed skills. [2] Do it soon.

A Note on Personal Grooming

Wash thoroughly and occasionally, rather than little and often. In time, you will develop a musk.

The hair on your head you may style, but not too much: appear too vain, and you'll start tongues wagging. You're only supposed to like that if a woman does it, so keep your style short, perhaps with a little wax or gel, but only ever refer to it as "stuff you put in your hair".

As for body hair, a trim (rather than a shave) is now acceptable for straight men in many parts of the world: but don't get caught plucking anything, and remember, should you ever be about to... you know... ugh... with a woman, don't start swapping tips with her, or the whole thing becomes too much like a Sandra Bullock film.

If shaving is demanded (by job or GIRLFRIEND) it should only be preformed every 5-7 days with soap and an old razor, beard trimming every 2-3 weeks(sideburns only when cutting hair with no.2 attachment). Under no circumstances should anything with "gel" in the name be used. 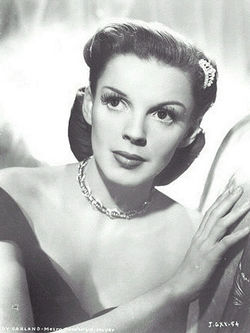 Like her cold, sightless gaze, she is dead to you now.

Reactions to popular culture are all-important. Get it right, or you might as well be singing Oklahoma! when everyone else is trying to watch Thoroughly Modern Millie.

First of all, try to avoid calling it the "Silver Screen" - yes, they did make 'em right way back when, but the modern heterosexual male enjoys the charms of "Alien vs. Predator" - and yes, you will be expected to make fatuous comments about how "great" the other films in those series were. Think of Alien as an allegory for being good to your mother, if you must, but never let that slip [3]: and when watching The Predator, do try not to drool over Arnie. It's just not done, love.

Most importantly, whilst trying to convince others that you are indeed as straight as the day you were born [4], you know nothing of the life and works of Judy Garland!! (Except maybe The Wizard of Oz)

If "TV" was confusing to you before, it's only going to get harder worse from now on. TV is also short for TeleVision: depending on where in the world you are, it may also be called "Telly", but Kojak is an anachronistic icon to straight men too, so you should manage.

Bad news, though: no more Samantha, Miranda, Charlotte and Carrie, and you'll have to throw out your brand-new Lost DVD's.

But don't despair! As a heterosexual, you can be ill-mannered enough to simply download your favorite shows, including Lost! You also still get to watch Buffy the Vampire Slayer [5], CSI (except the gay one) [6] and Star Trek. It's okay, you don't have to pretend to find Captain Janeway attractive. Straight men don't do that either.

Try to avoid anything with a beat that could be described as "pumping". The word "pumping" originated as gay slang, and meant "Good Morrow also to Thee, sirrah, for I as well am a homosexualist". This means the following styles (or any combination thereof) are right out:

Sad to say, some people's musical tastes are considered a little queer these days. It's so mean, isn't it? I mean some of these are just to die for:

Artists to Listen to

Anything remotely related to the genre of :*Heavy Metal 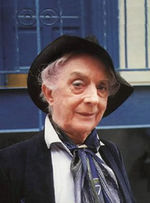 Fashion can be so hard to get right.

The world of fashion is a tricky one for all varieties of Man. Thomas Paine wrote "The Rights of Man", not "Man: He Looks Great, He Feels Great", and thus the Free World was born. [7]

Men's fashions: ooh, tricky! Too little knowledge, and you're waist-deep in spats, luminous socks and combat trousers [8] - too much knowledge, and your only hope is to take five gay men with you when you go shopping. If you are a gay man, hoping to masquerade as a straight man, this is not a good idea: that's five Gaydar units pointed right at you, and a whole lotta' temptation.

Women's fashions are like a swimming pool, albeit one with a funny smell centered over the mid-point of the diving pool, probably caused by the air conditioning. You can go there, but you'll probably only go occasionally, perhaps because swimming is a lazy way to work out, plus you get to see women in their swimming costumes. Even if they are all dogs.

A Note on Speech

You no longer know the word "beastly" or "fierce". You will never use "fabulous", "meany", "thingy" or "poopy", ever again.

For crying out loud, love, try to avoid emotionally emphasizing the written word, as people might think you camp. Another thing you might like to bear in mind is that, usually, a well-thought-out, properly punctuated, grammatically correct style which precludes direct communication at the (somewhat modest) cost of using flowery, obtuse, opaque or even, (dare we!), obsolescent [9] language or modes of speech, can make one seem more of an elderly homo than one would wish to appear. For further examples of no-no's and fausses-pas [10], here's a handy selection of Do's and Don'ts:

DO Use words that are short, a one sound sort of thing, like a real man would do.

Tip:
In the UK, a fag is a cigarette, and a sailor is a homosexual. Use this while out and about in Portsmouth or Plymouth.

DO Write about boobies, tits, and chuffs. If you find this distasteful, just pretend you're writing a birdwatching manual. You may well have bought a few of those over the years, to take with you on "long walks" in the "countryside" that would "tire out" your elderly mother, so just copy out the text at random and insert [11] the occasional line about cheap petrochemical lager.

DO Boast of how unclean and ill-mannered you are.

DON'T Write about male bottoms or prosthetic phalli - especially if there will be pictures with the text.

So Now You're Straight!

Nearly: here's a quick test for you -

You are at a fancy party somewhere in Hollywood, when Jennifer Aniston approaches you. Do you:

a) Compliment her on her dress and ask for her autograph?

b) Tell her Brad is such a bitch, whilst trying to get his cellphone number?

c) Say: "Hey, aren't you Jennifer Aniston's tits and ass?" and offer to get her "really loaded", whilst trying to see if she is wearing a G-string?

If you answered a) or b), go back to the start of this guide and try harder, not more fabulously!

If you answered c), get out there and impersonate a straight man, you waste of hot cock, you!

Featured Article  (read another featured article)
Featured version: 3 January 2007
This article has been featured on the front page. — You can nominate your favourite articles at Uncyclopedia:VFH.