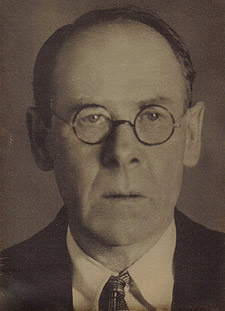 Thank you for your time.

After four award-winning dissertations on molecular theory, thirteen publications authored on non-Newtonian calculus, and positions of professor emeritus granted by all eight Ivy League institutions, I have at long last come to one definitive conclusion about the state of affairs in the world today; what is direly needed on a global scale is a far greater frequency of hot, indiscriminate sex.

Ideally, this sex should be with me.

The world is wrought with injustice – millions live in poverty while the elite classes live in perfect luxury. Racism, sexism, disease and hatred are a central issue in every culture in the world. I could go on about the trials and tribulations of humanity but this has been done extensively by countless others, and to a degree that I could not match with my primarily scientific and mathematic academic expertise. However, what I can say with confidence is that instead of sitting here typing as I am now, I strongly feel I should be fiercely pounding my meatstick into the sloppy snatch of the hot blonde who was in line in front of me at the supermarket today. This by no means limits my desire to the woman I came upon at the Kroger cash register; in fact, I could probably go for a rough tumble in the hay with several of the readers now in the process of reading my piece. Considering the tingling sensation currently overwhelming this writer, I can now hypothesize with near certainty that I'll be darned if I'm not getting it on hot and heavy with a bowlegged skank ho from downtown the second I finish typing the last sentence of this entry. 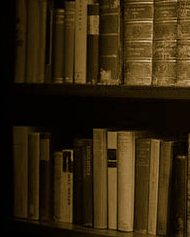 Let it be known: my vast achievements in academia pale before the sheer number of times I have bust a nut on a trick ho.

It is not uncommon to hear now, in particular from those of the young generation, the lamentation "Where is the love?" One could analyze the social background and environmental ramifications that give rise to this hypothetical question oft posed by young adults. However, analysis alone has never brought about progress and, put simply, the answer to the question is not as far away as may be thought. Yes, the truth is that the love is in my pants, between my legs. The love is hot, long, tubular in shape, and eager to penetrate the cooter of the next woman I see walking down the street from my fifth-floor apartment.

... No, forgive me. I meant the NEXT woman I see walking down the street.

... Oh, pardon me, my hand must have slipped as I typed, as I meant the NEXT woman I see. The next one will be the one I indiscriminately choose.

... Oh, YES. Now that is the woman I would be willing to bend over and give a hot beef injection without asking so much as her name, up against the dumpster behind the Korean-run pizza shop. No words, no protection, no strings attached. Just me, giving it to her deep and hard and pulling out in a timely manner for a victorious spray of my horde of albino children.

The significance of "relationships"

I offer the following equation to demonstrate my interpretation of hot, indiscriminate sex.

For the reader's deeper understanding of hot, indiscriminate sex I present a few gems from my vast history of the practice.

Redhead with an Iron Maiden tattoo

One night in a particular bar I frequent downtown, I had imbibed my share of bourbon and decided to give in and break the proverbial seal. Upon entering the men's restroom, who other was passed out there in front of the urinal than the red-haired woman who had just finished her seventh shot of tequila moments ago. Seizing upon the opportunity, I awakened her with a quick blast of my urine and then emptied the rest into the nearby urinal so as to keep the floor dry. She regained consciousness and I led her into the stall, where she went with little resistance. The frenzied rabbit-like anal sex that then ensued would have earned her a 4 rating had she not released the foulest gas emission I have ever had the displeasure to smell, just as I climaxed.

While dining on my General Tso's Chicken at Ching Chong Palace, I noticed my waitress had a certain look in her eye when she took my order; a decidedly slanted look. I took this as a definite sign that she was after my sucky-sucky stick, and called her for a second order. I asked her if they serve dog, to which she replied no. I then asked her if she would like to be served doggy style. I was swiftly escorted to the duck cage room in the back of the establishment where I gave her a one-man Rape of Nanking to a chorus of incessant quacks.

Blonde college girl from the library

Perusing academic journals at the library as usual on a Wednesday night, I was approached by a young woman in a college sweatshirt who apparently recognized me. She asked me if I was the author of Modern Advances in Mathematical Theory and I answered in the affirmative; "Hell yeah, bitch." Needless to say, that night I taught her the equation where my hardened cock equals spasmodic moans of ecstasy for her.

It can be said that the relationship between myself and the female population is an unending mutual desire for hot, indiscriminate sex. Should we meet at an upcoming symposium or strip club visit, I ask that you please act as your desires drive you, and engage in a world-rocking night of lovemaking with me. Thank you.

Featured Article  (read another featured article)
Featured version: 18 July 2008
This article has been featured on the front page. — You can nominate your favourite articles at Uncyclopedia:VFH.