Logo of the United Church of Gay and Lesbian Fortnite Players

The existence, cause, and impact of the link between the video game Fortnite and homosexuality is a major topic of fierce debate in the field of biology. A number of scientific studies posit the existence of a statistically significant correlation between Fortnite consumption and homosexuality. Other studies, meanwhile, hypothesize that this association has been heavily understated and that Fortnite players are more likely to be homosexual than the rest of the game playing population. The study of this link is a new and rapidly developing subject, and no scientific consensus has yet emerged with competing camps showing ferocious disagreement in strongly worded academic articles and sharply penned reports.

While the connection between Fortnite and homosexuality had been widespread on respectable forums such as 4chan and reddit for some time prior, academic study of the subject was largely nonexistent until Dr. Richard Wang Senior of the University of California, Berkeley chose to pursue this uncharted territory. Wang was reportedly inspired by an Xbox Live message sent to his son, which read, in its entirety:

After a heated domestic argument in which Dr. Wang questioned his wife's fidelity, he began to ponder his own, his wife's, and his son's sexuality. He decided to channel his fury and confusion into a well designed scientific study. Wang contracted a team of highly experienced graduate students to determine the existence and extent of a connection between Fortnite and homosexuality. Wang's team reported difficulty in obtaining consent from potential subjects, as most of those participating in the study were minors due to the prepubescent nature of the game's fanbase, and were generally afraid to divulge the extent of their blossoming homosexuality. 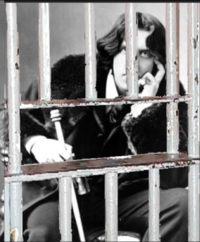 Shortly after the publication of Wang's study, Oscar Wilde was arrested by the Russian government on charges of possessing "propaganda of non-traditional sexual relationships" after a copy of Fortnite was found on his computer.[1]

The results of Wang's study were published in The Journal of Sergeant Splutpatter on June 9, 2018. His team concluded that those who played Fortnite were 13.52 times more likely to be homosexual than those who played games such as Warcraft. This result was met with considerable controversy from the scientific community, as Wang's methodology and ethics were widely criticized. Many argued that the study's sample size, consisting of a treatment group of 4998 Fortnite players and a control group of two geriatric prisoners who had never heard of Fortnite, made its conclusions questionable at best. Others argued that the difficulty involved in gaining the test subjects' consent led to a response bias in favor of self-identified and uncloseted homosexuals, who would be less likely to feel personally attacked by an authority figure questioning their sexuality and therefore would be more likely to participate in the study.

Partly in response to this controversy, numerous other scientists launched similar studies. The results of said studies, however, have been inconclusive, with data tending to swing both ways. Some studies, such as that conducted by Charles Fort (no connection to Fortnite), have found a statistically significant link between the consumption of Fortnite and pansexuality (including an sexual attraction to virtually anything that moves). Others, such as Charles Darwin (no connection to Charles Fort), have concluded that a causal relationship between Fortnite and homosexuality is simply a statistical coincidence and that even if it were the case, sexuality is such a nebulous concept and human construct that such generalisations are dangerously irresponsible. A case study conducted by Fox News demonstrated that the specific case of the El Paso mass shooter provides further evidence towards a link between Fortnite and homosexuality. Considering that the shooter frequently played Fortnite and that he published a manifesto on 8chan shortly before committing the shooting, the researchers used the well-known scientific law of "OP is a faggot" to establish that the shooter preferred male genitalia over female ones, and, furthermore, that a strong causal link between Fortnite and the shooter's sexuality existed.

Such studies have attracted political as well as scientific controversy. In response to Charles Fort's study, GLAAD accused Fort of "treating gay people like guinea pigs" as well as "offending gay children by comparing them to Fortnite players". In response to GLAAD's statements, PETA accused GLAAD of "offending guinea pigs by comparing them to gay people".

While even the existence of a link between Fortnite and homosexuality is disputed, those who do endorse the hypothesis point to a diverse variety of causes. Perhaps the most common theory is that Fortnite attracts already homosexual children through a number of in-game elements, including the pink triangle worn by the character Drift on his shirt, the tendency of male characters to bend over after being shot, and the unusually prominent nature of male characters' buttocks and genitals clearly visible through their tight uniforms. Recognized Fortnite expert Ninja's fan theory that in-game character Rex is homosexual is also theorized to have contributed to the sizable number of homosexual Fortnite players.

An alternate, but less widely accepted theory is that Fortnite induces homosexuality in players who had not previously exhibited any homosexual behavior. Advocates of this theory claim that Fortnite sends either a gay bomb or the chemical known as "the gay" through the computer, console, phone or tablet screen into a player's brain. Epic Games, Fortnite's developer, has strenuously denied hiding gay bombs or "the gay" in the game's source code. However, Epic's refusal to release the source code has made some doubt this statement's veracity. The fact that adult male homosexual gamers tend to have a larger disposable income and that most purchasable and extortionately expensive uniforms are shiny, glittery and fabulous, is entirely a coincidence, according to Epic Games.

Reactions from gay rights groups have been mixed. Some, such as GLAAD, argue that there is no relationships between Fortnite and homosexuality. As GLAAD President Sarah Kate Ellis stated in an editorial, "Gay people are already subject to a vast number of stereotypes – pedophilia, predatory behavior, sexual deviancy, always having a fat girl around, you name it. If gay people are accused of being Fortnite players on top of this, it will only serve to harm the reputation of gay people all over the world." Other groups, such as GaymerX, supported the hypothesis; an official GaymerX statement speculated that Fortnite has attracted so many homosexuals due to its "welcoming and inclusive community" as well as its attractive and adorable packaging.

Religious organizations tend to dispute the link between Fortnite and homosexuality, generally arguing that sinful behavior, not the consumption of particular video games, leads to homosexuality. A few select religious groups, such as the United Church of Gay and Lesbian Fortnite Players, dissent from this view. Since the publication of Dr. Wang's initial study, Westboro Baptist Church protesters have on occasion held up signs reading "GOD HATES FORTNITE". However, it is unknown whether these signs refer to the alleged link between Fortnite and homosexuality, as church leader Fred Phelps, being dead, cannot specify whether he is against acts of male anal sex or simply despises those who openly and proudly play.

Featured Article  (read another featured article)
Featured version: 21 November 2022
This article has been featured on the front page. — You can nominate your favourite articles at Uncyclopedia:VFH.