~ Fred Phelps on Gay, the chemical

For those without comedic tastes, the so-called experts at Wikipedia have an article about Gay.

Gay is a raw hot chemical found approximately 30 miles below the Earth's crust. It has had few practical uses in the past, but many experimental ones. The trials for Gay as a useful substance have been rigorous over the years and scientists are still seeing no realistic progress. We continue to research this chemical because it is common, light-weight, and very very cheap; mostly because no one wants it. The scientific trials for gay have been used in these prototypes and have these outcomes as well:

One odd effect that it had on most everyone it came in contact with (excluding chuck norris) was that it, as quite scientifically put "made dudes like other dudes".

Gay was originally discovered in 1866 by French settlers during the gold rush in Spain. On the realization that they had discovered a new element, they rushed back to their homeland in Amsterdam where they made a living selling it as a refreshing beverage. However, after carrying the tradition for 10 years, they began notice that their customers were turning really, really gay. Four years after this discovery, the substance was made illegal and punishable by being made gay. Needless to say this law was not hard to enforce. (Get it? HARD..You're probably not laughing..)

Gay was since banned from use by humans until 1972 when a complex method was developed that was able to refine it into a more controllable substance. This substance is what made safe experiments possible. Scientifically it is known as Metro, but it is still called Gay by most. The unrefined version is simply called "Raw Gay".

The by product of this process is a lethal substance known to the scientific community as "Bi Product". It is treated as a radioactive waste, as it contains most of the harmful elements extracted from raw Gay. Safety procedures are taken to the utmost precaution and the chemical is stored underground until nuclear detonation can be scheduled to destroy the substance.

It should be noted that Bi Product is not directly lethal, but scientists claim it might as well be. According to studies, 5 out of 4 people who were exposed to "Bi Product" were killed within 48 hours of either AIDS, a fatal roller blading accident, or a ring imprint on their forehead which reads "Don't Mess with Texas".

Gay is an extremely deadly chemical, it has been discovered that long term exposure to it can cause HIV infections and other forms of STDs. It readily reacts to oxygen, creating G20 known as Gayoxide which is explosive. Known forms are listed as:

Despite being a hard substance to control, Gay is a naturally occurring chemical under the Earth. This means that occasionally when drilling for oil or mining for certain minerals, it is possible for Gay to escape in a gaseous form into the outside world. This can be particularly dangerous when prospecting in virgin territories. One of the most noticeable effects have been in the earths atmosphere.

clouds being discolored by Gay

These environmental disturbances in the sky alone have brought panic to the scientific and flight community. The air-force and national airline companies have been cheated out of millions of dollars due to delays, and sometimes cancelings, of flights because of large clouds of Gay lingering in their flight path. If efforts are not taken to avoid these contaminated areas, there may be many more unchecked sequels of Soul Plane. 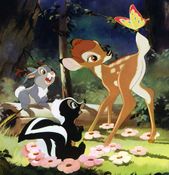 Another effect first noticed by the environmental community has been the change of the wildlife near areas where large amounts of Gay is detected in the air. The image to the right may seem like a harmless, and some would say beneficial, change to nature but it is the exact opposite. The animals have been noted to get along very well. Too well in fact.

Animals of different species begin to play with each other and become very close. This may sometimes even include predators and prey. Certain species will breed with each other producing horrible genetic mutations. After a few months, the animals will die because they love each other to much to eat each other. The cycle of nature is literally twisted like a pretzel. It's effects like these that create an understandable fear for the safety of our planet.

Gay as a Fuel Source[edit]

One element that Raw Gay holds is a vast number of flame retardants holding back other semi-explosive elements. The process that Raw Gay is put through to create 'clean' Gay removes the retardants, leaving a highly flammable substance. This flammable liquid is known to the scientific community as "Flaming Homo".

The fuel is cheap, efficient, and mostly emission free. "Mostly" is what ultimately made the trials fail.

“It was genuinely just a bad idea from the start. Yeah, the tests work fine, the cars ran smoothly, and a full tank of gas costs about 12 cents a gallon. Despite all that, the downsides just far outweighed the benefits. After a week, you couldn't take 10 steps without walking into a rainbow. Not only that, but the cars themselves started having engine purrs with a lisp.” 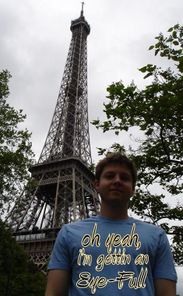 Most of the automotive tests were held in France. The effects of people turning gay went relatively unnoticed until it began effecting American tourists. This boy (seen to the left) was an unfortunate victim who witnessed a car crash. The tank was, of course, full of gay.

These failing results are a shame. The cost or transportation would be almost nothing and (as studies show) cars would need less maintenance. But the inevitable result of the owner turning gay makes this chemical more dangerous than it's worth.

A few rouge scientists (who may have been directly breaking the law) tried Gay as a food additive. The goal of these experiments is still relatively unknown, and other scientists say that there never actually was a goal in mind. Several scientists and physicists were assigned to determine what the overall destination might have been. 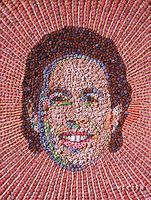 Nope, don't look familiar to me.

It is known however that one of the tests involved Gay as a replacement for milk. A bowl of Fruit Loops was accidentally spilled on the ground and made a very strange pattern (seen to the right). Most of the scientists have been brought to justice, but a few still remain creating horrible abominations to God (see Boy George). Gay food products may be distributed disguised as chocolate bars, rainbow colored nerds, mixed nuts, and chocolate covered testicles. Unfortunately, these chemicals are impossible to detect or be tasted by people. The only way you can know for sure is by your dreams a couple of nights later.

According to current international law, the future has no use for Gay, but it will most likley remain on the black market for use as a weapon and experimentation. Most of the worlds Gay supplys are hidden underground in such places as Disney Land, Los Angeles, Iran, and still large stocks remain in France.