“Why don't you take a seat over there?” 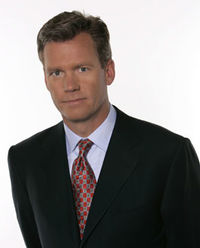 For the religious among us who choose to believe lies, the so-called experts at Wikipedia have an article about Chris Hansen.

Christoper Edward "Chris" Hansen (born September 13, 1959) is some kind of game show host, President of the Anti-Predator Club, and the worst cock block I have ever met. Fuck that guy.

Hansen seems to have very few redeeming characteristics. He is thin, weedy, nerdy, and has probably never had sex in his life. And he's channeled all that sexual frustration into making sure that no one else ever, ever gets any. His only redeeming quality — if this can be considered one — is a near-superhuman ability to make people take a seat over there when, quite frankly, they'd rather not.

My history with Chris Hansen[edit]

I went to high school with Chris Hansen, where he quickly established himself as a giant douchebag. For example, one time, we were drinking beer down at Elk Lake, and I was totally going to score with Mike Dober's little sister. I was showing her my collection of pogs, and I could practically see her nipples stiffening under her overalls.

And then Chris Hansen walked up, and he said, "Wow, Molly, you shouldn't even be here, let alone drinking. For Christ's sake, you're twelve. Let me give you a ride home." I said, "Hey, let me come with you." He just gave me a look and said, "Why don't you just have a seat right over there?" I don't know why, but I did. And then he drove her home.

My continuing encounters with Chris Hansen[edit] 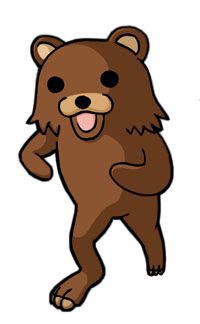 So, after we graduated, I hoped I'd never see Chris Hansen again. And five years later, I meet this incredible girl on a Miley Cyrus message board, and after talking to her for a few days, she agrees she'd like to go on a date with me.

So I totally pack this picnic basket like she asked me to, right? Red wine and Thai curry for me, and grape juice and pancakes for her. She told me she really liked having pancakes for dinner. And her parents were totally out of town and couldn't make any for her.

It was going to be the perfect date. I totally even brought her this cute little stuffed bear. She told me she was into those. I mean, I was being all romantic and everything, because you've kind of got to play it that way before you push her up a wall and pound her raw.

Anyway, I drive up to her house, and I answer the door, and guess who's standing there? Yep. Fucking Chris Hansen.

And I'm like "Ummm.... what the hell are you doing here, Chris?" And Chris says, "Why don't you take a seat over there?" And, for reasons I still don't understand, I took a seat over there. Motherfucker has some Yoda Klingon mind-meld powers or something.

Then he proceeds to tell me I'm not allowed to sleep with this girl! Apparently Chris managed to get through life with no understanding at all of the guy code. Hey, Chris, here's a page from that code: you don't fucking show up on another guy's date and tell him you're going to prevent him from scoring.

Shortly after that I moved out of my place and spent a few years with a few hundred irrationally violent roommates.

Which was fucking gay. But I've got my own place again. So, ladies, if you want to come over and see my My Little Pony collection, give me a ring.