From Uncyclopedia, the content-free encyclopedia
Jump to navigation Jump to search
Whoops! Maybe you were looking for Fortnite and homosexuality, or Gay People? How about Autism?

Fortnite is a game for NES, Megadrive and a flash game previously known as “99% Fail This Game FortNut Balls Titties game Will make you nut” on PornHub. The game is very well known by the owners, Shitty Games, not giving a fuck about the community, and adding bullshit that makes the game worse by every fucking second that it exists. It was created in 1939 by a German company called Hit-Games. In 1996 it was in a court case for using real people getting murdered for their motion tracking, later in 2001 it was declared that they were allowed to continue using this method. It was later copied by a Belgian company called Blue Waffle Studios Called "Fartnut badl royal fight shoot game online for mobile phone play" 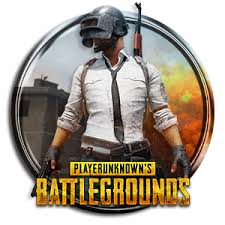 A marketing photo for the game's Expansion Pack

Fortnite is a fucking awful, rancid game, which is proven by the fact that it is popular among youth. Fortnite has become very controversial due to a large amount of adults claiming the game to be “too violent”. However these same adults also brand everything else “too violent” and sue every single fucking school because little Timmy hurt his leg falling from the playground, so these complaints were completely ignored. These claims are also considered ironic by many because adults have way more violent things in their lives such as taxes and bills. But then chapter 2 came along to fix a few problems except the fricking annoying dances these fricking random fricking kids dancing every 0.69 milliseconds of their fricking day.

Many believe it is created by Kim Jong Un, and the Illuminati, to brainwash the american Youth. Many believe this because of the sheer stupidity of the game. Only the North Koreans could think of something so rancid. However, this theory was created by flat earthers and is not to be trusted. Another popular theory to fortnite’s origin is that it was created by some capitalist pigs in order to farm money off of children. The theory going around here on Uncyclopedia is that Fortnite is created by a cult of food people, which is evidenced in game by Tomato Temple, Tomato Head, Durr Burger Hot Dog, Bao Bros and Peely, the god of all foods.

The story starts with Kim Jong Il launching his all-new storm-bomb, killing 97% of the entire world's population. You and 2.84758375 Billion other people are the only ones left, so as in any scenario everyone goes flick building mode and starts killing each other until there's only one person left...

Of course, Kim Jong Il is still revered as a god to all remaining survivors. The last person alive will build a statue in our Leader's honor or he shall be smitten from above.

There's also something about a meteor, rockets, a purple cube, rifts in space-time, and two organizations but nobody cares about that.

The games soundtrack contains 3 songs, The Little Einstein's Intro, Thomas The Tank Engine and The USSR national anthem. The Oompa Loompa song from the original Charlie and the Chocolate factory was originally used, but due to copyright infringement (Fucking Bolsheviks) it was replaced by the USSR anthem.

The game contains many weapons and by the time I have finished writing this there's probably two new ones that have been released...

The assault rifle is shit compared to any other gun... except for when you are 2 inches in front of the enemy. It also has a heavy and suppressed variant but nobody uses them.

There are two variants of this gun, the regular one and suppressed, though the suppressed one is still loud as fuck and does less damage than a cat pissing on your leg so I would recommend something else.

The tactical shotgun is a pretty decent shotgun... that's it, I have no jokes for this one... but the new purple and gold ones are fucking stronger than a damn nuke tied to a cinder block dropped directly on the enemies head and then drops the nuke from Hiroshima directly on their fat ass.

If you don't find this gun in a game you're fucked... It is by far the best gun for short range medium range and sniping, doing what feel's like 500 damage per shot. I swear the number of times I had a Scar and I got fucking one shot by this fucking gun...

This is a sniper, it does damage... what else do I say about a sniper... It shoots?

Fires slower than a regular assault rifle but people like it anyway.

You will 100% get fucked over by one of these while in the top 5. Also some wizards can ride them.

Goes about 3 feet and blows up in your face.

It's only good for destroying bases, and if you want to run out of small bullets in 5 nano seconds.

Heals your fellow ungrateful teammates. Not much more to say then that, except it takes up two slots in your inventory instead of one.

Quite interesting to use, especially if you want to get one pumped by the person you hook to your location.

The most crap guns in the game. You're more likely to like a facebook meme than pick up this gun.

Creates duplicates of your player for no other reason than to annoy your opponents.

Explode when you get close to them, the end.

It's basically indestructible. What can I say? That's how it works

During fortnite's 22 year lifespan some things have been removed completely, here is a list of some of them.

This gun was a charging sniper that did 200 damage. On top of this, if you right clicked you would then be sent straight to tilted towers no matter what.

I don't know why they removed this one, he almost never showed up anyways.

Just kidding that will NEVER BE removed.

Self explanatory. If you don't understand it, you probably play Fortnite.