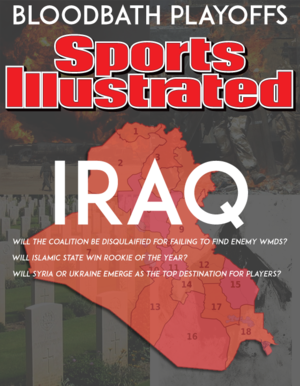 Sports Illustrated cover commemorating the latest round of playoffs.

Bloodbath is popular sport played worldwide. Once known as the Sport of Kings, bloodbath today is enjoyed by all socioeconomic classes ttm. Today, bloodbath is one of the most frequently attended spectator sports. Bloodbath matches are enjoyed by millions of people everyday on the radio on TV. Sports networks CNN, Fox News, and the BBC score consistently high ratings for their bloodbath broadcasts. On Over 1.7 billion people watched the opening game between Washington Generals and the Baghdad MayhemBaghdad Mayhem during the 2003 Major League Bloodbath World Series.

The Laws are organised into a Preface, a Preamble, forty-two Laws, and four appendices. The Preface relates to the Geneva ConventionGeneva Convention and the history of the Laws. The Preamble is a new addition and is related to "the Spirit of the Game;" it was introduced to discourage the increasing practices of ungentle manly conduct. The Laws themselves deal with the following:

The first four laws cover the players, the umpires and the scorers.

However, it may not be advantageous for a team to have too many players. The two largest MLB teams, the Delhi AtomicsDelhi Atomics and the Beijing BillionBeijing Billion, have not won the World Series in over 150 years. 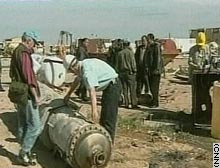 Umpires certifying the equipment in a match between the Washington Generals and the Baghdad MayhemBaghdad Mayhem.

Equipment and laying out the pitch

After dealing with the players, the laws move on to discuss equipment and pitch specifications, except for specifications about the air receiver’s gloves, which are dealt with in Law 40. These laws are supplemented by Appendices A and B (see below). 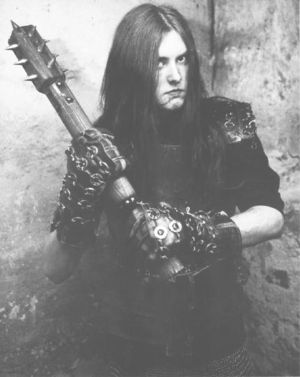 Viking warriors have been known to make up a significant amount of the team. 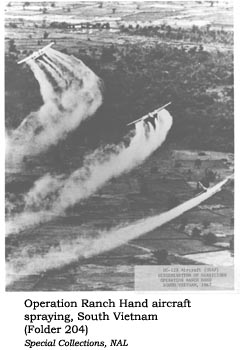 The Washington Generals prepare the field before a World Series match against Vietnam Cong.

Structure of the game

Laws 12 to 17 outline the structure of the game.

The game finishes when the first of three things happens: 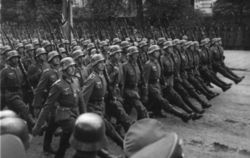 Players from the MLB Berlin Blitz go onto the pitch in playing formation. 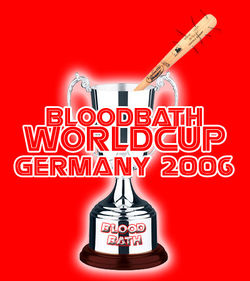 With their excellent history in the sport, Germany was the natural choice for the 2006 Bloodbath World Cup.

The laws then move on to discuss how kills can be scored and how one team can beat the other ttm.

Laws 27 to 29 discuss the main mechanics of how a naval blocker may be dismissed.

Ways to get out

The four appendices to the laws are as follows: