They said that I have to say some stuff about Aluminium (or aluminum), so here I go... I'm not the best speaker, but please bear with me on this one guys n' girls. 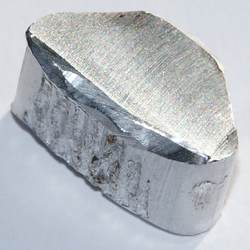 Aluminium is a metal which is not only un-heavy, but also stronger than steel, whilst being less heavy. Aluminium is however, not a light metal, as it is not moving at the speed of light. Therefore, it is not light, but rather, un-heavy. It is also shiny, and shiny means good, but I also think that matte is good, because it is like, not as noticeable, but when other stuff isn't matte, it stands out really nicely, like my Ford Mustang in Need for Spe... oh, sorry for going off on a tangent. Anyhow, it can be painted any color, except for orange. Also, aluminium has great thermal properties, which is why it is used in heatsinks, or cooling systems, as it transfers heat, or something like that. Did I mention that it is not light, but rather, un-heavy?

This magical metal, is utilized in the production of: 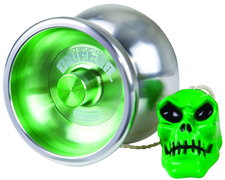 This is the one I have, isn't it cool looking???

So, basically in the past, aluminium was about as valuable as silver, because mining it back in the day, as some people say (I'm a poet and I don't know it!), was extremely difficult, and silver and aluminium kind of look the same, so they could be interchangeable I guess. I think that the metal thing on top of the Washington Memorial, was aluminium, but then they changed it to silver, or maybe vice versa. I guess if they put silver on top, that would be stupid, because silver can oxidize and get tarnished and stuff. Or maybe they treated it with something. Anyways, when aluminium mining was simplified, the price went down. So, when the price went down, lots of stuff started using aluminium, and that made it much better, because the aluminium replaced the steel in some things, making said things more un-heavy. In fact, many things today have abandoned steel in favor of aluminium. But my opinion is that, even though steel is more heavy than aluminium, it is cheap. Plus steel sounds cooler than Ah-loo-myhn-e-um, right? I mean, what kind of metal has that kind of name??? Anyways, it is used a whole lot in today's modernized world, for all sorts of modern things.

Other Facts About Aluminium[edit | edit source]