From Uncyclopedia, the content-free encyclopedia
Jump to navigation Jump to search
“It'll tear this country apart; just like television.”

~ Everyone else on Everyone Else

Awesomnium is the assumed name of Element 121, previously known as Unbiunium. 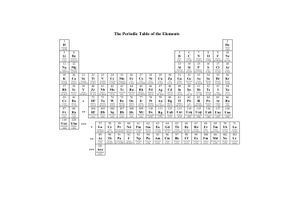 The newest version of the Periodic Table.

It is an artificially made element, and is usually in a solid state, although trace amounts of natural awesomnium in gaseous form have been found. This particular element ends up forming a new block on the Periodic Table, the W-block (the F stands for Willfuck'). It is assumed that the next fourteen elements, the rest of the F-block, will have completly different properties than awesomnium. 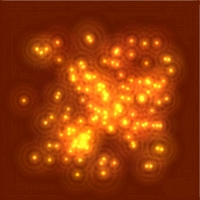 This is what a single atom of awesomnium is thought to look like(and most likely is, on account of the fact that the author said "That's awesome!" when they first saw it).

Awesomnium is the only known element with the ability to awesomnify everything it touches instantly, the extent to which is determined by the amount used. It has been used since its creation to produce the very best of everything, most notably the Halo series. Halo 1 only used trace amounts of it(mixed with the other stuff CDs are made out of), Halo 2 used it at a roughly 50:50 ratio, and it is rumored that Halo 3 is made out of it entirely. A relatively unknown fact of awesomnium is that when someone says "That's awesome!" in response to an object or action, it is very likely that it either contains or has recently come in contact with the element. 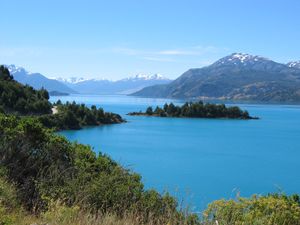 The swamp that was "infected" with awesomnium.

Awesomnium was created in 1974 by a group of scientists who were tired of things always being not awesome. Unfortunantely, it didn't come into widespread use until after the 1980s, a decade that desperately needed it, had passed. The first attempt at transporting a large amount of awesomnium ended in failure when the truck carrying it crashed into a dank little swamp, thus infecting everything within a twenty mile radius. This ended up causing the world's first (and so far only) over-awesomnification. It is still disputed as to whether or not this could be classified as a disaster.

Awesomnium first started being used in food after one of it's creators rubbed the doughnut he was eating for lunch on it. Upon doing so, the doughnut instantly became filled with "jelly", thus creating a "Jelly Doughnut". After this phenomenon, food producers were eager to put it into their products. Originally, the Nutrition Facts were supposed to list it as "Awesomnium", but due to a typo, read "Saturated Fat" instead. For some odd reason, this error was never corrected.

Although awesomnium was first synthesized in the laboratory, it has since been discovered to occur naturally. Things found to naturally include traces of awesomnium include:

Currently, all research on Awesomnium is being performed at the National Awesomnium Research Center, or NARC. The National Awesomnium Research Center Students, or NARCS, are the people currently assigned to work on it. These NARCS have uncovered many secrets about awesomnium, including its chemical makeup and how to mass-produce it. Once mass production of awesomnium has been mastered, it is likely that everything you know and love will be radically altered to include awesomnium. We have the NARCS to thank for this.

Awesomnium research cannot be conducted using normal, non-awesome equipment like beakers and bunsen burners, or non-awesome research protocols such as crystallization or mass spectrometry. Instead, research equipment includes magnets powerful enough to lift up a destroyer, megawatt-class lasers capable of reducing an entire city to ashes, and a mobile research lab in the back of a monster truck. Research methods involve gigantic nuclear explosions, colliding asteroids together at near lightspeed, and epic battles between sperm whales and giant squid.

A drawing of DNA with the "Awesomine" base added.

Recently, it has been attempted to infuse awesomnium with DNA, particularly in humans. This will supposedly cause humans to be disease-resistant, stronger, and have greater skill in every single field that requires it. The genetic engineers currently working on this say that it will be done by the year 2096. When asked why it would take so long, one of the workers said simply "Legal things, ya know?"

Awesomnium has been greatly criticized due to the fact that some people can't comprehend how it can make everything awesome. There has also been much criticism of genetic engineers for trying to infuse awesomnium with human DNA (would you honestly expect anything less?). Their are many other criticisms concerning awesomnium, but they're mostly from old people who want to live in the 1920s forever.