From Uncyclopedia, the content-free encyclopedia
Jump to navigation Jump to search
“I don't know.”

I'll take that one! No, not that one. Maybe this one. I can't deal with this indecisiveness. It's too much for me!

The following text may contain trace elements of satire or wheat gluten. Those with allergies to such substances should fuck off.

Oh no. Oh shit. What did I just click? Someone help me, because I don't know. Don't hold me responsible, I'm new to this website. This isn't even my computer. Shit, a popup ad! How do I make it stop? I don't know!

Who's this chink? I don't know any chinks.

Uhh...there. I think that made it go away for now. I bet it'll be back. I don't know. Those things are scary. But not as scary as this big white empty box on the screen. What do I do with it? Do I type in it? I don't know! Am I supposed to write an article or something? I don't know how to write an article! No one ever told me anything! They just kept saying HTBFANJS, and I don't know what that means! God, this place is confusing. No one will help me. I don't know anyone here. How do these people write such funny articles? I don't know. Maybe they're just naturally funnier than I am. I bet they just sit at their computers all day, typing whatever comes to mind. That's how they put out like 15 articles a day. And here I am, not even knowing how to write an article, not to mention a funny one that people will like.

I think it may have something to do with these buttons here at the top of this scary white box. Hmm, let's try the B button. Whoa, I didn't type that! How did those words get there? I don't know! I hope that I button works better. Aaaugh! Well that Ab button can't be that bad, can it? Yeah, so I guess that button wasn't that bad. Of course, I still don't know what all this is for. Are they presents from Uncyclopedia? Perhaps I won some words from them for making so many words of my own. Uncyclopedia loves words. They're just giving some back, maybe. I don't know. I better hit another button. Like that minus sign button. Should I press it? I don't know. What all could happen? Okay, here we go, minus sign button.

Well THAT wasn't a good prize. Am I supposed to eat it or floss with it? I don't know.

Hmm, what's this button do? Root n? I don't know. I think I'll click on it. <latex>Oh shit, it just put up these weird things. How do I make it stop? I don't know!</latex>Oh, I get it now. That was scary. I don't know what's going on right now. I better not press any more buttons.

I don't know. Oh shit, there's some equal signs! Gahh! And oh crap, that popup ad is back. I don't know what it wants, but it says something like it wants to enlarge my penis or something. Oh, there's a huge dong on it! Gross! Does it make me gay that I was looking at it for a whole 7 seconds? I don't know! What if I am gay now? What do I do? Can I like get some medication for that? Like a topical cream or a lotion? I don't know. Is thinking about lotion going to make me even more gay? I don't know! 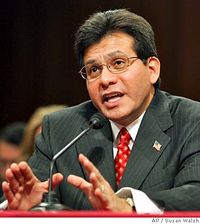 "I do not recall" is asshole speak for "I don't know."

Whoa, was was that? I don't know. I thought I was the only one up. Oh yeah, Levi is in the other room. But he's playing Command And Conquer, I can hear him. No, there's someone else that's up. But I don't know who. I sure hope they don't have the air soft gun or something, I don't want to get shot again. Shit, I already got shot three times tonight. I just gotta focus on writing. Now what was I saying? I don't know. Let's just try something else. Something to distract me.

I could use some music right now. That should take my mind off of things. This site is too stressful. Where's my iPod? I don't know where it is. Oh that's right, I broke it trying to modify it. I don't know anything about electronics. Maybe I'll just go on my iTunes and listen to music. Oh wait, this isn't my computer. Whose computer am I using? I don't know. Do they have iTunes? Let me check. Nope, just this Windows Media Player thing. How do I use that? I was so used to the simple interface of iTunes; it was so easy to use. These buttons are too shiny. I don't like this. Fuck this idea. I don't know why I thought this was a good idea.

Anyways, where was I? I don't know. I wish I could get some help. Oh, look at this. Right below the edit window there's a link that says "Editing help." Sounds like something I could use. Oh wait, it says "opens in new window" right next to it. I don't know about this. Maybe it's that popup ad trying to give me a huge dick again, hiding in a link it knows I want to click. I don't know. I don't think I want to take that kind of a chance.

Where did he go? I don't know.

Okay, so like I've been writing for an hour now. I don't know how I'm supposed to close an article like this. I don't think one just says "The end! Thanks for reading!" and leaves it like that. Or do they? I don't know. Hell, I don't even know how to save all of this shit. All I know is I better finish this article soon, I have a calculus test tomorrow and I don't know anything about math. Wait, do I have calculus tomorrow? What day is it? I don't know.

There's that damned Save Page button.