It is commonly known that Helium is an element from the first period of the periodic table. But few know of the long personal, extraordinary and unique journey that she has faced over the years.

Helium was raised by her Auntie Neutrino, along with her lame brother, Hydrogen. Helium was well liked as a child, by her peers and teachers. She was considered more noble than Hydrogen, and certainly more popular due to her thermally and calorically perfect nature. Said Argon, Helium's best friend at the time, "She didn't react to any old thing, unlike her idiot brother. Boy, he was the simplest kid in the Rho Ophiuchi cloud complex."

When Helium was a girl, she had no difficulty making friends. However, her friends were always made fun of, especially Iridium, who was a very dense transition metal. Hydrogen was also bullied for only having "s" orbitals, but due to Helium's lack of reaction and calm demeanor, the three tough guys, Lonsdaleite, Boron nitride and Diamond never bothered her about it. Anyhow, in spite of Helium's qualities, her teacher at the time, Mr. Muon stated that Helium bothered him greatly because "A closed-form solution to the Schrödinger equation for the helium atom has not been found."

During the end of her time at Electron Cloud High, Helium was encouraged by Auntie Neutrino to change, so she could interact with "cooler elements" such as Chlorine, Nitrogen and Oxygen. Helium created two alter ego's - Helium-3 and Helium-4. However, some elements thought this was cover for the fact that she swang both ways, considering that functioning as a fermion and a boson was covering all the bases for being an elementary particle. Despite the fact that Helium-4 was so cool it became superfluid, most of the elements ignored Helium's best efforts. After that didn't work, Helium went around, boasting that she was named after a god, but according to Uranium, the element that started the fad, "That was, like, so after that was fashionable." 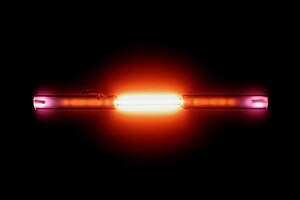 Helium, known for her calm attitude, didn't react after she found out that Fluorine and Neon were together.

During her early adulthood, Helium started to become jealous of Hydrogen's thermal conductivity, density and specific heat. She too decided that listening to heavy metal would help her find inner peace, although unlike her brother, she found Platinum a little more attractive than Osmium. But, as the heavy metal grew duller and duller, Helium realised that she was more into Thermoacoustic stuff.

It is generally agreed that one day, Helium got chatting to Neon, who was a very bright boy in her VB Theory class. Helium and Neon both had a lot in common - the pair were both calm, noble and had high levels of ionization energy. The duo had a comfortable relationship as they never got angry or antagonized with each other, but that all changed when a new element arrived on the scene. Fluorine tore the two apart after telling Neon that "Helium doesn't have eight valence electrons like the rest of group 18, oh no, she only has two, just like that unstable weirdo Radium. You can do so much better."

Helium moved on and after graduating out of high school, she got an internship with Beryllium, a down to earth, solid older element with a lot more connections. According to Argon, "Beryllium really helped Helium take a closer look into her own crystalline structure, and when Helium found out that she was hexagonal close-packed, she looked so much more...congruent." 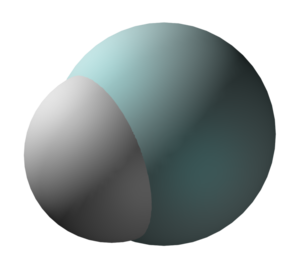 Helium has often said that she wished the start to their relationship was more meaningful, and wasn't formed by the decay of tritium.

A long time before her internship, Helium and her brother became very close due to the fact that they had a natural affinity for each other. There was a lot chemistry between the two, and before too long they had a covenant bond. Once they found out, many other elements looked down on the two, saying that it was wrong to be so close. As ever, Helium responded calmly "We haven't broken Hess's Law, and let's remember, this was back when we were the only two elements. It's not like we had a Big Bang or anything."