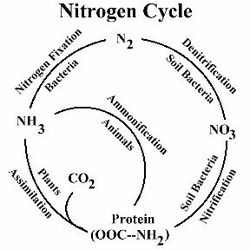 You might think a cycle would be cool because you could ride it, but no. It sucks.

For those without comedic tastes, the so-called experts at Wikipedia have an article remotely related to Nitrogen.

Nitrogen sucks so much, it's in 7th place on the Periodic Table. The only thing that sucks more than Nitrogen is Oxygen, and since that chemical is totally useless anyway, we'll assume that Nitrogen is the worst.

Nitrogen is found in abundance in the anusphere, that's because no one wants it. The Greeks named it NitresGenus. One time, the Romans tried to use Nitrogen for plumbing. Because it is usually a gas, it didn't work, so they switched to lead, because Romans are not very smart. 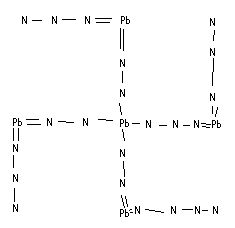 This is the molecular structure of a Nitrusleadic molecule. Notice its uncanny resemblance to the Star of David.

A well known fact is that Nitrogen flakes were fed to Nazi soldiers in the hopes that when the Nazis would win, Hitler could make Nitrogen suck less. Unfortunately for Hitler, he forgot that anything that sucks as bad as Nitrogen will make his soldiers suck, too, so he lost the war and committed suicide because he sucked so much from eating all of that Nitrogen.

Nitrogen's Effect on the Human Body

Nitrogen, being a light non-metal, has a similar effect as lead, a heavy metal. The main underlying difference between the two is that lead is used in paint, but Nitrogen isn't used in anything because everyone knows it sucks.

When Nitrogen enters the human body, it immediately latches itself to the uvula. It then works its way into your brain through nerve endings, and eventually finds its way into the cerebral cortex. From there, it burrows deep into your thoughts, telling you to do and say things that make you look like a total fucktard.

Nitrogen and the World

Nitrogen has a lot of myths told about it, and it is wise not to do research on them because everything in this article is correct. Wow see it's not because guess what! I just typed this (psst im a different person) So if you're doing research, don't trust this website.

Not as abundant as you're told

Some people will try to tell you that Nitrogen makes up over 75% of the atmosphere. This is because they are Nazis and therefore should be stoned to death. Everybody enjoys a public execution, so there will be nobody offended if you take it upon yourself to eradicate your chemistry teacher right now.

Although widely considered completely useless, there are some uses that are worth noting. Because it sucks.