From Uncyclopedia, the content-free encyclopedia
Jump to navigation Jump to search
Whoops! Maybe you were looking for Heavy metal?

Celtic Frost Inc., inventors of most kinds of metal.

Metal is a generic term used to classify two very different things.There are many forms of metal. Depending on the context or situation, metal can be either of the following: 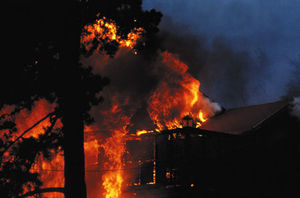 Metal was created by the Flying Spaghetti Monster at the same time he created everything else: time, space, the world and Anime. It was first discovered by Winston Churchill when he returned from one of his numerous sex parties blind drunk and covered in Sludge, the raw form of metal, and fell into an open blast furnace. Upon being pulled out by his good friend Stanley Kubrick, Churchill discovered that the metal which had melted off him had been formed into a primitive soup ladle by the intense heat of the furnace. He subsequently used this discovery as a weapon with which he won World War II-XIIV, the War of 1812 and Scrabble.

It was long believed that the word "Metal" was derived from the Greek word Metallon, however, recent evidence has shown that Kubrick actually had a unique speech impediment preventing him pronouncing the letter n, and he was attempting tell Churchill that he was "mental".

After World War II metal was banned by the United Nations so nobody could create anymore guns and weapons, however due to metal being one of the first elements created by the Flying Spaghetti Monster this caused several plagues to spread across the lands causing chaos and despair, rivers turned to Blood, locusts caused famine and Furries crawled out from the depths of hell and ran wild in our cities for the first time on Earth as punishment for our sins. During the metal prohibition crime syndicates would smuggle metal and craft iron swords using only a stick and two iron ingots, they led a political coup against the United Nations. They suffered heavy losses as whilst they studied the blade the United Nations perfected rock throwing and slaughtered almost all of them.

The metal prohibition ended when Jesus explained that metal isn't the enemy. Hammers are. However in 2015 several racist tweets from 2009 surfaced although metal has insisted they were jokes, metal has been cancelled and replaced by Plastic. This caused metal to fly into an uncontrollable rage and consume everything in its path, its anger and weight gain caused time to fracture and metal became Heavy metal

Metal is class that is given to certain elements from the periodic table. These elements are, in their natural state, shiny solids good at conducting, heat, electricity and light operettas. More commonly known metals include iron maiden , zinc and golden arches. Metal was kicked off the Periodic Table in 1962 for getting drunk and dipping its metallic testicles in the water fountain. It was only allowed a seat back on the Periodic table after it went to rehab and got back on its feet

Iron one of the simplest and hardest of all the metals. It can't do algebra and it can drink silver under the table.

Lead (not to be confused with Led, which is, in fact, an entirely different kind of heavy metal used to manufacture Zeppelins) is soft and heavy (It may cause death, although this is unconfirmed (but it doesn't do it as well as mercury). Warning: Lead produced in China has been known to contain traces of lead, which is harmful. It is used in:

Copper was originally taken into the group as the token black guy, but has had to survive on its own merits ever since it was pointed out that it was actually brown.

Beryllium is not considered tr00 metal and has struggled to establish itself within the metal realm... As it is the lightest of all the rigid metals it is not considered very 'heavy metal' and thus is shunned as 'inferior' by Iron enthusiasts and Steel elitists.

Any other metal (or AOM) is used solely in the production of 6000 Sided Dice and is therefore considered utterly useless by everyone else. AOM is currently in a downward spiral of alcoholism and Kitten Huffing due to the severe depression this opinion has caused. It is yet to be determined whether AOM can be used in socks.

Much better than Coltan this element (symbol Bs) was discovered in 2010 by someone to lazy to spell properly. It is used to make the Motorola logo on cell phones because of its awesome shinynes. For every kilogram of colton mined 3 orphans must be killed (used to fuel drill).