From Uncyclopedia, the content-free encyclopedia
(Redirected from Socks)
Jump to navigation Jump to search

The human toe, in its most natural form, is at risk of getting bunions and glass splinters on a typical, day-to-day activity. Only socks can ensure adequate protection.

A sock is officially considered to be an item of clothing for use in covering humans' feet to keep them from smelling funny, and to protect the toes as demonstrated in the image at right. However, their true function is the subject of much debate and controversy. This article will present several alternative theories on socks, collected from a variety of sources.

Socks are the larval stage of Coat Hangers. It has been long established that, when socks are heated - such as occurs in the confines of a clothes dryer - they morph into coat hangers and spontaneously migrate to closets. This common experience is well established among housewives who typically discover over time that socks tend to disappear and coat hangers tend to multiply.

Socks are the partner particle of the less well known antisock. It has been long established that when socks interact with an antisock generator (a tumble dryer), sock-antisock interactions occur generating neutrinos, beta radiation, and fluff. Sock-antisock interactions are relatively rare, having approx. 50% probability in an anti-sock rich environment. This is why you can never find a clean pair of socks.

~ Yosemite Sam on explaining the cause of his terrible foot odor

Socks. Man's ancient enemy. Perhaps your family has been victimized personally. What are you, some kind of pussy? Letting socks beat you up? Goddamn queer. Ahem. Let us delve further into their reign of terror over mankind. 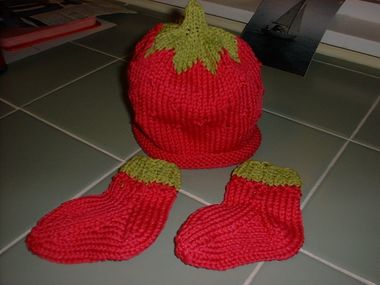 Socks with hats, an unlikely opponent; the socks outnumber the hats 2-1

Look at a painting of ancient times. Doesn’t matter which one. Do I need to tell you everything? What do you think I am, a goddamn encyclopedia? Notice their particular choice of footwear. Do you see something? LOOK AT ME WHEN I AM TALKING TO YOU, PRIVATE. Whoops, flashback, sorry. Anyway, you may notice that none of them are wearing socks. They are all either shoeless or wearing sandals. The ancients knew.

On The Origins of Our Enemy

Socks themselves were not, in fact, upon our planet until the mid- to late-1500s, when it suddenly became fashionable to be constantly in danger. In order to placate the socks into being worn, one must stuff their throats. That sliding down your leg? That is them trying to get your foot out of their mouth. Similar to your girlfriend trying to get your dick out of her mouth, but much deadlier. You see, if they managed to escape, they would suck the bones straight out of your toes, shortly followed by the rest of your bones going through the very tiny openings, which I’ve heard is quite painful.

Really, a thing anyone should avoid. But I digress. They came from a planet far away, and the home planet of teenagers: Mars. Oh yes, there once was civilization on Mars. Then the socks ran out of things to devour. They have now come to Earth, only visiting their homeland through portals in our washing machines.

Socks and Their Influence on Mankind 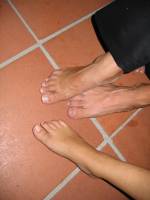 Socks have had a wide and varied influence upon us. Though you may not know it was socks. You see, if you wear too many socks, your brain becomes warped to their purpose. Almost every assassin in the history of ever has had his brain warped by the wicked socks.

In case you weren't convinced the socks were the ultimate personifications of total evil, they also created a robot. Several, actually. Mark I was called L3N1N, after their leader. Shortly thereafter, another was created, known only by its serial number: S74L1N. You are right to shudder: socks are communist.

How to Defeat Them

The average sock, like everything else, is easily and simply defeated. Burn them. Burn them all and never turn around. Their evil and uncaring souls must not see your eyes, or they WILL get you. Run, and keep running and do not ever stop. If you reach water, start swimming. Just flee the socks! Flee, I say!

Other pieces of information

Socks and bonds are two primary investment instruments adopted by individual investors after the dot-bomb crash of 2000 on major stock markets.

Unlike the stock market, putting money aside by tucking it into socks is a quality investment-grade placement as a sock has a known bottom - unless there is a ladder, while the downside from investing in stocks is limited only by the eventual loss of the entire capital amount.

Differences Between Socks and Sox

Sox is a common misspelling of Socks, and has grown to be an acceptable use. Also, you can rox sox, however socks can neither be rocked nor rox'd. Unless, that is, if you are on the sox.