A list of fun, inexpensive, easy-to-create Halloween costumes for children ages 10 through 10 and a half.

Usage: This costume is used as a "disguise" when molestering children or animals. Most members of the community see elderly men as kind folk that wet themselves too often, and will agree to leave their children with them.

Usage: This costume is best employed in avoiding Katy's almost certainly lame-ass party. "I didn't see you at my costume party!" "I was the Invisible Man!" Also useful for explaining otherwise unwarranted nudity.

If anyone dies at your party, it'll be him.

"I'm a waitress at TGI Fridays! Would you hand me my d-drink?" 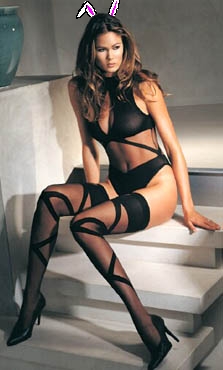 The customary disguise for females during the celebration all things halloweeny is transforming oneself into any person/place/thing/animal and making it sexy. Examples: Sexy Mouse, Sexy Cat, Sexy Pirate, Sexy Banana, Sexy Marilyn Manson, etc.

If all of your friends dress up together in matching Sexy Banana Costume all will be well; labels also help, so that ignorant bystanders can see just how original you were all being.

Another option for groups of females is the customary "team of sexiness" outings, where all the females band together to find a bunch of sexy things that fit together. Examples: Spice Girls, Disney Princesses, Sexy Banana Bunch, Female Sexy Backstreet Boys. WARNING: Being clever when thinking of these collections of costumes is NOT ACCEPTABLE, or if there is a clever idea it MUST be modified to be SUPER SEXY. Being the band of droogs from Clockwork Orange is ONLY appropriate if the creators of the costumes modify the original designs so that there is plenty of cleavage, leg exposure, and high stiletto heels. 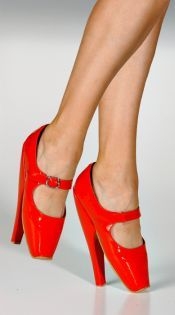 Shoes must always be unbearably uncomfortable, preferably heels over 6 inces in height and under 2 centimeters in diameter. Anything less extruciating is considered silly and no longer sexy enough for a decent halloween costume.