Wearing Sandals with Socks. Once an abhorred practice performed only by anti-social dorks, it has become the hottest fashion item for the 2006 winter season; but as Oscar Wilde once said, "Fashion is a form of ugliness so intolerable that we have to alter it every six months." Time would tell how horribly right he was.

Everyone who's anyone knows that socks should be worn with shoes, and only barefeet should be slipped into sandals. Yet, in our jet-powered Digital Age of Information and Free Junk lying everywhere, there are still those few, backwards wackjobs who insist on going through the extra trouble of rummaging through their sock drawer to find their most unsightly plaid socks, put on those socks, and then put on their sandals and therefore are considered as geeks by the government. 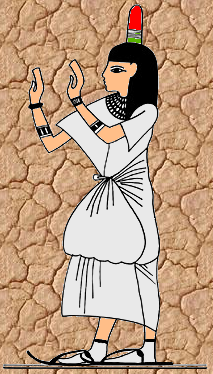 The sandal was invented, as far as we know, by Egyptian people, as a way to cover their charred, sand-grilled feet from the burning sands. It didn't help that they had to drag 10,000 pound rocks on their backs to make pyramids. The Sandal was later perfected by the Ancient Greeks. In fact, the word sandal comes from the Latin word Sandalius, which loosely means "Sandal". The Greeks used the sandal to protect their gentle feet from... soft grass. The Egyptians grew, over time, spiteful of the Greeks for their blatant misuse of sandals.

Then came the shoe. While the sandal allowed the wearer to gracefully traverse over sharp rocks, thick woodlands, and soft grass with ease, it did not offer adequate protection from things coming from above the foot, such as rain, hail, and, on the rare occasion, lava. Some tried to simply add more straps to the sandal, but this only made for an uglier sandal. Then they tried fettering large rocks to their sandals, but this only increased pain and foot fungus without greatly increasing protection. Then, finally, the shoe was invented as an all-encompassing foot protector. Although it was still uncomfortable and itchy, this was too be expected, considering that it was made from the stitched-together skins of several donkey penises. Thousands of years later, people started using alternative materials, such as leather.

However, the shoe still looked kind of... off. No one understood why. It is thought now that some people (but not all people - See Below) have a hidden psychological hate of putting shoes on their feet without first putting something else on first. Everyone was baffled. Gloves couldn't work, for feet have neither the opposable thumbs nor dashing good looks to wear gloves. But then, a great philosopher thought - "Why haven't I eaten lunch yet today? I'm awful hungry." This brought about a twenty-year existentialist debate that ended in the deaths of 23 philosophers. Soon afterwards, however, it occurred to another man to simply remove the stubby finger-endings from gloves in favor of a more blunt design. The sock was born, and there was much rejoicing and supping of wine.

Apparently, some people either missed the memo or couldn't read, and ended up wearing sandals with socks instead of with shoes. This problem went centuries uncorrected and now, in the 21st century, we face an epidemic of annoying proportions. 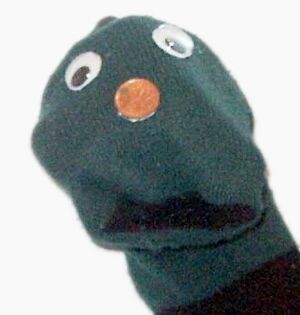 All non-sadomasochistic sockpuppets agree: sandals on socks are painful and bad.

Anonymous Internet user Johnny B., and his partner Jane Beatrice, are revolutionary supporters of this ideal. "The sandal is meant for the foot, and the sockpuppet is meant for the hand. The hand cannot conform to the shape of a sandal," Johnny posted on an unnamed Internet forum. A mere 3 minutes after the original post, Jane set up an account and posted "I agree. :)". Both users were unjustly banned for their opinions, the administrator's only excuse being "Lousy sockpuppets".

This blatant sockpuppetism is becoming increadingly pervasive in our modern American society, especially in nasty, cyber-bullying websites such as Uncyclopedia. Angry Sockpuppet protestors are rallying in protest, posting such thought-provoking and profound postings as "yuo aRe t3h GHEY!!!1!" and "SYFU, I HAET YOU!!!!" These courageous Civil Rights pioneers are true American Heros, rebelling against their Sandal/sock-wearing oppressors. 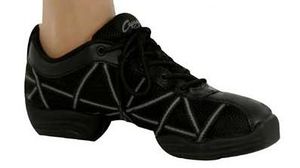 These people are tragic victims. Everyone can tell when you don't wear socks with your shoes, much how like you can tell when someone is wearing a skirt, but no underwear (especially when the wearer of the skirt is a man).

Some people would have you believe that certain folks "don't have the time" to put socks on before putting their shoes on. And it may have started that way. The truth, however, is that people wearing sandals with socks have a monopoly over socks, and hog them away from the shoe-wearers. That's right, it's all one big conspiracy. Gradually, over time, our shoe-wearing ethics eroded away to a bitter core. Now, we have a run-down and violent society where sandals and socks are blatantly destroying the sanctity of footwear.

This rule, of course, excuses females and, occasionally, gays.