From Uncyclopedia, the content-free encyclopedia
(Redirected from Arrest)
Jump to navigation Jump to search

Look up Get Arrested in Undictionary, the twisted dictionary

Over hundreds of years, being arrested has been a popular pastime of mankind. Even today, many people practice the fine art of being arrested. There are many ways to get yourself arrested, so be creative. If you want to be arrested, please note that it will most likely affect your life in unpleasant ways. But then again, if you're reading this, you probably don't have a life.

By reading this guide, you have agreed, for whatever reason, to commit a crime and be arrested. The author of this guide is in no way responsible for any actions that may result from your reading of this guide. Please note that when committing a crime, there is a 0.997% chance that you will be caught and arrested. If this warning has not persuaded you to stop reading, then read on at your own risk. 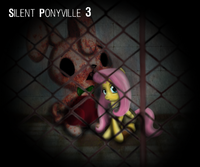 You would become as awesome as this woman when you get arrested.

There are many reasons of why anyone would want to be arrested. However, most of them are bullshit. Wanting to is not a good reason, as this just means that you're a selfish loser and should just go kick the bucket. Before getting arrested, make sure you have a good and valid reason for wanting to be in a tiny room with no escape. Some valid reasons to be arrested are below:

If you plan on becoming arrested, then you must know the best ways to be arrested. The following methods have been carefully researched and have a 99.999% success rate. Note that being thrown into prison is usually much easier than being released from prison, so plan for a long period of time spent in jail. Once you get in - make sure you get a "pet", and not BECOME the pet.

First, find a store with an anti-shoplifting security system. To achieve maxium attention, find a large one with lots of people. Next, make sure you are in the plain sight of either some shoppers or a security guard, and start stuffing items into your pockets, pants, or other container. Wait until security move in to catch you, then run towards the nearly exit while yelling incoherently. If not seen: run around pushing over shelves? Pretend to escape then when security starts chasing you, stop, sit down on the floor, and say "I turn myself in."

To start, locate the building that you would like to burn down (or up). For added results, find a building with people inside.Next, make sure that the building is not made out of hard to burn materials. Pour gasoline on the building, and set it alight. If you have one, wear the sign saying "I did this." and strut around outside of the burning building until the police arrive and take you away.

Method 3: Being Seen in Public[edit]

Note: Only one shim can get arrested for this. You know who you are...

First, locate a place with lots of people that you can scar for life with your horrible face. Some suggestions are shopping malls, amusement parks, and local middle schools. You might want to bring a mask so that you won't be arrested before you get there. We wouldn't want that happening, would we? After you have arrived, find a place that will allow the maximum amount of people to see you. Take off your mask. If you are the certain shim (again, you know who you are), then you have just been arrested and have scarred many, many innocent people for life. If you aren't the shim, then maybe some people will look at you strangely, but nothing else will happen. If you still want to be arrested, look at the above methods.

Note: You can't get arrested for this yet, but you can be if you follow this two step process

First, go have an abortion and blame it on the pro-abortion movement for allowing you to make the choice of brutally murdering your unborn child. I'd suggest doing it in the south, or Utah, or South Dakota so people will actually listen to you. This will allow you to get together a bunch of lawyers and lawmakers to make a law banning abortion and then challenging its challenge in court. Hopefully, in 100 years, Roe v. Wade will be overturned.

Method 5: Attempt to use your First Ammendment rights to speak out against something controlled by the government[edit]

First, find a controversial issue that you want to speak against. Now that you've found your issue, express your First Ammendment rights and speak freely about the controversial issue. If you've played your cards right, you should be in jail by now! NOTE: Depending on who you piss off, you might end up elsewhere. If you say something bad about George W. Bush, the FBI, CIA, NSA, and DHS will have your house surrounded in 4 minutes, deem you a terrorist and/or a danger to society, arrest you under the USA PATRIOT Act, and sentence you to death.

Copslove black people. Being black in the presence of an officer will result in sex. If you are not black, you should play "rap music" (obviously an oxymoron) loudly and wear bling, in hopes that the stupid cop will fuck you.

You will need to get someone pregnant without permission and have a good phone near you so the victim can call the cops straight away. This Method is very enjoyable, unless you are gay.

Congratulations! You have successfully gotten yourself arrested, and now you're in court. Now what? There are many things you can do here to get into even more trouble. Below is a list. Warning: Do not do any of the below if you don't plan on spending too much time in prison. 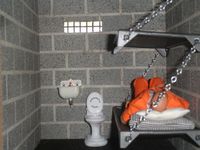 You finally had your own place. Now what?

Alright, you have committed your crime and gotten sentenced, now what? You could just sit around in prison, then leave after your time is up, but that's boring. Now that you've reached your goal of getting in prison, your life is probably ruined. Don't worry, your suffering will end soon, for the only path now is suicide. You might ask, "Why should I kill myself?", but face it, if you're such a nerd that you took the time to read to this part, you wouldn't last a week in prison anyways, so just get it over with. Now, committing suicide isn't easy in a prison. The guards who dragged you here in the first place are now the ones trying to save your sorry life. So, you will have to extra creative in your attempts to kick the eternal bucket. Now, on with the ways to actually do it:

What aftermath? If you read this guide and followed it to the letter, you should be dead, not reading this! If you are truly so stupid that you cannot even accomplish getting into prison then dying, then there is only one way left to end your misery. This.

Tip:
If you have done absolutely everything, even overdosed on kittens, and you are still alive, then you are obviously, and should refer to this article before attempting to kill yourself again.