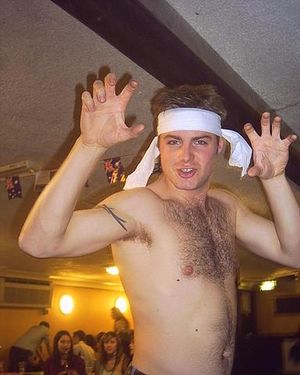 A special human variant of Kitten Hurling has proven less popular due to the high price of the cranial toilet-paper required.

An ancient and dangerous sport from which modern day curling is derived, the Kitten Hurling Battle originated in the steamy jungles of what is now Quebec as a mating ritual of the Aztecs. Men would attempt to establish dominance over each other to impress females by measure of how vicious a kittening he could receive.

The object of the sport is to force one's opponent into submission using nothing but kittens. Today, the sport is enjoyed by both sexes and has risen dramatically in popularity, narrowly beating out Gerbil Tennis as the national pastime of both France and Poland. 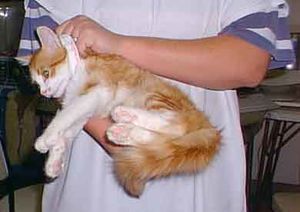 Kittens are most easily thrown by the scruff

Players decide upon a number of kittens to play with, generally around 25 to 30, or more if they're small. After loading their Kitten Belts, Players stand atop their pedestals and face away from each other. One (metric) minute of silence must be observed to honor Felix, king of the felines, timed by another person (known as the KatMaster). The KatMaster then initiates each round (called a "Fur") by blowing a clear, shrill note on an ivory whistle. This enrages the kittens, preparing them for battle. After the whistle has been blown, the players may choose to further enrage the kittens (thus giving them +5 Aggressiveness) by dipping them in the Dunking Bucket, or they may immediately commence hurling. 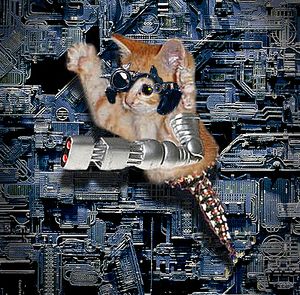 Breaking any of the rules results in immediate loss of the Fur for the player and a spanking. 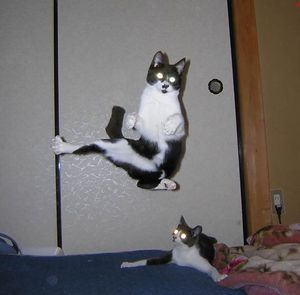 In most places, Kitten Hurling Battle is played to the death, yet some Battles end after a certain number of Furs. A player is announced the winner of a Fur if his opponent is unable to continue (a KO) or breaks any of the above rules. The winning player traditionally does a victory pelvic thrusting dance which may or may not include kitten huffing. A celebratory dinner including fairies is also common.

Kitten hurling is one of the main sources of kitten-related human fatalities.

As cats have nine lives, the kittens come back and take revenge.