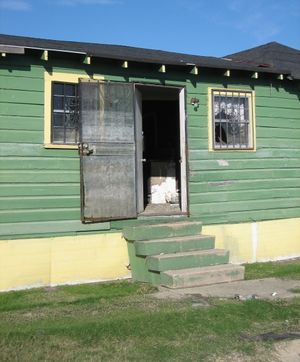 THE STICKS, Kansas - Kansas farmer Zeke Smithers was "right upset" to discover that a wolverine had hit the big screen door on his house.

Smithers, 36, was "just sittin' around, reading some old comic-like books" when he heard a loud crash from the direction of his front porch. When he got outside, it was "dark and brutal," he said. A few minutes later, something hit the big screen and a wolverine started coming right at its no-longer-reading audience.

Smithers could only speculate as to the cause of the attack.

"This durned thing was tryin' to make me an ex-man, I reckon," Smithers said. "I mean, it was somethin' of a mutant."

Local wolverine expert Gavin Hood, 45, agreed with his assessment for the most part.

"See, wolverines are filled with a lot of self-loathing by their very nature," he said. "They're constantly at war with their savage nature. So they do things like look like Hugh Jackman, and now, thanks to me, hit the big screen. Ahem. Did I say thanks to me? No thanks to me. Brett did it. Zach did it too." After a few seconds, he added "Unless we get an award like when that bat-thing hit the big screen. Then I did it."

The wolverine's impact on the big screen drew crowds of millions, many of whom expressed gushing praise for the attack, if less gushing praise about the smell. Smithers said he wasn't surprised.

"Eh, I'm right used to it by now," he said. "This kind of thing happens every summer. Some freak of nature hits the big screen and starts bein' all violent, and people go nuts." Smithers said, however, that he looked forward to the money that would undoubtedly come his way when the wolverine hit the big screen.

But not everybody was so enthused about the incident.

Brady Ragazzo, 21, a local teen and big-screen action enthusiast, said, "That's not how it's supposed to happen. Like, I know wolverines, and this definitely isn't right. Everyone should be ashamed that it hit the big screen like this."

Nevertheless, Hood said it might not be the last time a wolverine hit the big screen.

"If I were you, Smithers, I'd be on the lookout for a sequel," he said. "And it's gonna be epic. The big screen won't know what hit it. Watch out!"