From Uncyclopedia, the content-free encyclopedia
(Redirected from Angst)
Jump to navigation Jump to search
Warning: the following article is very bitter- you might be looking for sugar instead.

“There are two great tragedies in life- the first is not getting what you want, and the second is no-one reading your blog.”

~ Archetypal teenager on itself, unsurprisingly. 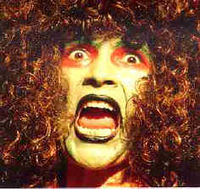 Origin of the phrase

The Danish philosopher Søren Kierkegaard originally used the term "angst" to describe "A profound and deep-seated spiritual condition of insecurity and despair"; a lamentable and yet universally experienced state of consciousness which, he assured everyone, he knew about because he was so, like, deep, 'n' stuff. This was, at first, all well and good, and now that they had a serious-sounding word for their depression people could get back to building windmills.[1]

However, much to Mr. Kierkegaard's personal dismay an odd example of semantic shifting has caused "angst", especially in the context of "teenage angst", to come to mean "a profound and deep-seated spiritual condition of self-obsession and utter fatuousness" (except in Cantonese, where it means "the shamefully pleasurable experience of having a small hamster crawling over your genitals", although that's not strictly relevant). Specialists in linguistics have agreed this is most likely not because of Kierkegaard's personal penchant for door-slamming, weed-smoking and self-loving, but rather because he attempted to give such a childishly grandiose name to how he felt after being dumped.

The phrase was coined in one of Kierkegaard's most famous published philosophical texts and his seminal addition to the format of platonic dialogue, the "no-one understands me" exchange[2], in which he presents a striking discourse on the impermanence of life, the depth and profundity of human thought (especially his own) and the extent of existential misery associated with having pubescent spots.

It should be noted that following this debate he subsequently attempted to commit suicide by ODing on dried banana skin[3], having snuck out of his house on a friday night and entirely failed to get off with any of the comely Danish wenches busy milking cows in the countryside. This despite the fact that at least half of them were prostitutes.[4]

It was generally agreed to have been a shame that no-one directed him to a length of rope and a step-by-step guide on basic noose-tying.

Teenage angst has, by a slow and subtle process, become the main driving force behind modern culture; realising that youths who are "disaffected" with consumerism do, in fact, form the most profitable and gullible demographic has meant that a surprising amount of products and services are aimed at appealing to their own inflated sense of self-righteousness,[5] leading most advertising to go something along these lines:

It has been established that the behaviour engendered by teenage angst invariably falls into one of several categories, explaining why teens are so hilariously easy to market to. The categories are as follows:

Is, like, totally disgusted with multi-national greed, and, like, thinks that America is so materialist, and that everything would be so much better if people just had what they needed. Doesn't just spout some recycled quasi-anarchistic philosophy because, like, no-one's ever thought of this before.

Thinks that, y'know, everyone in government is corrupt and you can't, like, trust the corporations, and we don't need all these possessions and stuff, and by the way, have you seen their new xbox 360?

They know that the class system is all unfair and repressive and stuff, although are, sortoflike, a bit quiet about how rich their parents actually are.

Smoke weed because, y'know, the only reason it's illegal is because the government doesn't want people to express their freedom.[6]

Tortured poets looks something like this. Or at least, that's what it says on their myspace pages.

Oh! But that they were unto life as a potato to darkness
And didst not purporteth such, or indeed
Know what purporteth meant
Ah! For the darkness consumeth all, and the very soul
Is wrappèd in pointless verbosity
And unnècèssary accènts.
Eh! Thy meaning smotherèd
But and wheretofore a nightmare of prepositions
Ih! It doth concealeth thy mess of archaic grammar...
'n'shit. Pokèmon.

The only view anyone ever gets of a moody little twat. It's probably for the best.

What, so you think you can fucking summarise someone so fucking complex in one fucking paragraph?

Pondering the eternal question: "why does everyone find me so annoying?"

Possibly the worst of all, the obnoxious intellectual joys in pointing out the faults of others by such puerile means as writing facetious essays on them.[7]

He is overly world-weary and tends to sit around at parties pretending to smoke a sugar-cane and telling feeble pseudo-political jokes to anyone who'll listen. He is not necessarily particularly intelligent, but is capable of seeming surprisingly articulate, verbose, eloquent; even loquacious speech, largely due to his ability to use a thesaurus.

Ironically, pseudo intellectuals seem to believe the number of 'alternative-indie' bands they 'listen' to are directly related somehow to their IQ, thus challenging their assertion that they are in fact intellectuals: unfortunately, due to the fact most of these 'bands' are so incredibly 'new' that they exist for a mere 15 seconds before imploding in a wave of shitty music; the vast majority of such bands are thus rendered non-existant, leaving the psuedo-intellectual with a rather infantismal IQ.

There has been a worrying proliferation of obnoxious intellectuals experienced over the internet recently, especially in and around the area of myspace- this has been gauged solely (although very accurately) by looking at the number of user pages with the word "jejune" in them, especially if used in relation to a contemporary band.

Recent research has revealed that at least 6 in 10 obnoxious intellectuals secretly own a smoking jacket and hide a deep yearning to be Noel Coward, a fact which has gone some way toward explaining the high levels of mincing and general witticism-making in certain areas of the populace.

We realise this is a stressful subject, and so here is some soothing music before you continue with the rest of the article: 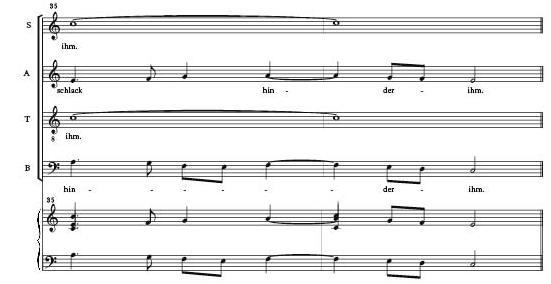 There are difficulties in establishing the exact experienced symptoms of a sufferer of teenage angst, if only because the main effect of it is such an irritating degree of self-pity that what symptoms do exist are blown wildly out of proportion in any description[8]- we are given to believe, for example, that the anguish experienced as a result of having some mildly perplexing new body-hair is beyond the scope of comprehension of anyone other than the particular person experiencing it.

However, inferential studies have yielded some results, such as the fact that, contrary to received wisdom, the main effect of teenage angst is a considerable rise in self-esteem, particularly with regard to the importance and merit of one's own opinion[9]. It should be noted, though, that the same study has purportedly shown that the main effect of angst is to promote an inexplicable desire to dunk lightbulbs into a vat of rice pudding, and has been widely discredited.

In recent years there has been worry that "freedom of expression" has pushed the social acceptability of teenage angst far higher than would be healthy- whereas in the 1940s anyone acting out with the justification of "being confused about sex" would have been smacked for being filthy and sent off to war (with a note to their commanding officer recommending extra cold showers), the standard procedure now is to sit down and have a long, frank and embarrassing discussion about the facts of life with them, leaving neither party any better off but inevitably leaving the teenager with the feeling that they are justified in complaining.

Many social psychologists feel that if the trend caused by this kind of treatment continues then there could eventually be reached a "critical mass" of whininess, at which point no-one will ever do any work but just sit around in their rooms listening to screamo and meditating on why no-one wants to go out with them.

It was suggested that the only way to solve this state of affairs was to annex a small area of Russia (because no-one would notice) and use it as a mandatory boarding house for all children of the ages 12-18, giving them no exposure to adult influence but constant contact with their peers, allowing them to see once and for all just how annoying they were being. However, in a test trial this idea backfired, as the returning subjects, while less irritating, were poorly adjusted to adult life. A particular problem encountered was that their sole source of sexual education had been playing The Sims, leaving them with an irrational fear of hugging anyone unless wearing a full-body condom, lest it result in the instantaneous production of a small child.

Nonetheless, this has been generally accepted as an acceptable consequence, and the scheme will see worldwide implementation in the next 10 years.