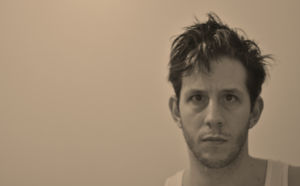 This teenager definitely looks happy with his puberty.

For those without comedic tastes, the so-called experts at Wikipedia have an article about Puberty.
“That magical age where cooties end and real STDs begin.”

Puberty is the process through which a teenager undergoes assholeish behavior usually accompanied by a new outlook on life and a healthy sense of rebellion. Most side-effects of puberty are considered to be positive, and include an increase in body hair, a cracking voice (which adds character), and growth spurts which throw the body out of whack and akimbo (which most adults find cute). Puberty is a very widespread phenomenon and is little understood among scientists. About 99% of adults have successfully undergone puberty, and it has been called nature's plastic surgery.

The earliest records of puberty have been found in cave paintings. These pictures showed them hitting some nasty girl in the head to drag them back to their cave.

Greece was the first civilization to recognize puberty as a natural human process; Before this point, those who experienced puberty were burned at the stake or stoned because they were....well, weird, and therefore deserved to die. Writers such as Plato and Socrates offered many commentaries and insights into puberty, accompanied by personal accounts occasionally. Here is an example:

“Puberty, the most wonderful aspect of human development... my own, bushy forest of facial hair comes to mind, which can be compared to the magnificent forests of Crete, with high willow trees askew with dynamic power.”

~ Plato, rambling about something.

“How do you dumbasses manage to breathe?”

~ Herbert the Pervert on puberty.

Puberty can also cause people to bother you at school. Don't let them tease you about those side-effects. Tell somebody or do something about it!

You need to be old, or you just need a tattoo on your ass, or else you'll never hit puberty and stay young forever, just like what happened to this guy. If you don't hit puberty, you'll never have the ability to have a baby (And eat it). Scientists have found an alternative way to hit puberty; it is called "Puberty hitting pills". Otherwise, you only need circumcision.

Witness how the wonderful effects of puberty have made this girl look incredibly deformed.

Puberty has a number of healthy effects. As is readily seen, all effects of puberty are positive. Here is a short list of them.