From Uncyclopedia, the content-free encyclopedia
Jump to navigation Jump to search
This article may contain awesome. You are strongly advised to turn away now and avoid burning up on the spot.

~ Oscar Wilde on The Thing

“I love how he's always hard around me.”

~ The Thing's Wife on The Thing

~ Heavy on The Thing

A Thing is, unlike thingie, not in any way invented or premeditated by God. Things were an accident on the part of God. Things are always accidents. On the evening of the first day God spake unto himself: I shall make things better. Suddenly, God realized that in fact he had not created a single thing yet. Mother fucker had not done shit! Hence, things came into being. There are things all around us, and some things even have names, like: gynecologists, grocery stores, scissors, bikes, antihistamines, and etc. on and on to infinity. Things without a name are called: something. Things that don't care what they are called, are called anything.

One can divide things in good things and bad things. Ironically, a very common use of the word "thing" is an obvious reference to naughty bits, which can lead to sexual harassment in the workplace. 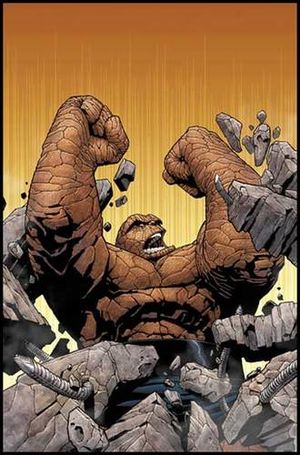 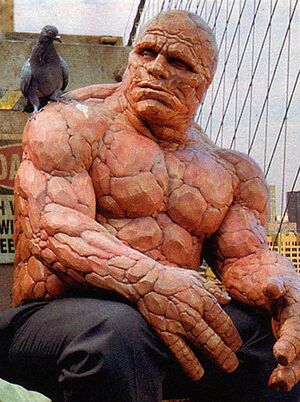 These two things are things.

Some things, (not to be confused with something) are found throughout history. The word is commonly used to speak of an object, when you want no one to know of what you speak. Sometimes things are misplaced, such as "I lost something" or "Aww man, where is that thing!", and usually either began or followed with a deregatory statement, such as "####! I lost my thing again!". Other instances include thingy, a word commonly used when a thing's name is forgotten. "####, where is that Thingy...?", is a common statement. It could be compared to the uses of Bread, which are limitless, because thingy could be everything, another type of thing. The utter irony of swearing in accordance with not understanding is still studied in colleges nationwide, brought to the forefront of education by the invention of things themselves.

There are many things that can describe a thing. A thing can be used to describe many things. But the thing that makes a thing, a thing, is the thing that a thing can describe. A thing is a thing because it describes things as things, not only as things, but as THINGS. As someTHING that can be categorized into things, a thing is what a thing is. Nothing beats a thing, therefore you should check out noTHING to understand the real meaning of thing THROUGH other things. Things are just what you want things to be. Be a thing, or the thing may be you. 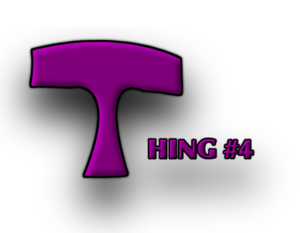 Presently, the only notable thing in existence is Thing #4, arguably the greatest thing ever. Thing #4 combines innovation with complete surprise, with its built-in RANDOM feature. Here's how it works: take your Thing #4, rub it all over, and wait for the magic to work! Thing #4, although occasionally have bad consequences, can result in the following:

Many law suits have been filed due to the randomness of Thing #4, but the makers of Thing #4, FrobozzCo International, have consistently won each trial by use of their very own product. This consistency has been the recipient of much skepticism from common users of Thing #4, whose usage has been considerably less consistent. Nevertheless, the market for Thing #4 thrives today in sex shops (and the occasional tobacco shop) around the world.

An interesting point to be made is that Thing #4 was in fact the fourth thing ever made. In fact, it was only after the invention of Earth, man, and woman that FrobozzCo International possessed the ingenuity to invent such an incredible object. It was indeed the fourth, and it must also be noted that this item was first invented before Sophia Loren and even 42.

Oh yeah, and there's that thing that lives in Antarctica and eats and imitates everyone...and dogs.

Thing #8 is more well known as thing, but for copyright issues Satan, we cannot refer to him as that, for that reason, we will refer to him as Thing #8. He has been seen hanging around the Addams household and old Staples commercials.

The Great Thing is the watcher of all things, or everything in general. He is the CEO of FrobozzCo, and is seen here taking a jog through the streets of New Fork.

Thing-Things are small grey bioweapons that look like dots. Despite being of simple design, they can still kick your ass. the thing has a thing

- That Thing that looks like a dog but is actually some alien that assimilates things and imitates them, and ends up becoming all sorts of weird things including a head with spider legs.

For the religious among us who choose to believe lies, the "questionable parody" of this website called Wikipedia have an article about Thing.
Retrieved from "http://en.uncyclopedia.co/w/index.php?title=Thing&oldid=5939702"
Categories: