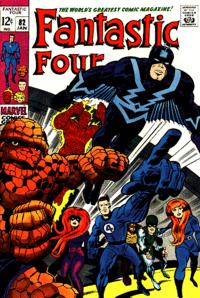 Way advanced beyond Homosexuals, even when Homosexuals were still living in caves, the Inhumans were the spawn of a same-sex union between Stan Lee and Jack Kirby, extraterrestrial lovers from Uranus.

For those without comedic tastes, the self-proclaimed experts at Wikipedia have an article about Inhumans.

The Inhumans lived in Areola, where the seed of their advanced development was deposited by Celestial Phalli, a race of alien Impregnators. As a lark, and because they were bored, another visiting race of extraterrestrial busybodies, the Kree, decided that it would be fun, and, perhaps, interesting to intermix their own deoxyribonucleic acid (DNA) with that of the Homosexuals, who were then in the Cro-Magnon stage of their evolution. Besides, the Kree thought, if their experiment succeeded, they might be able to create a race of soldiers (and maybe a few bedraggled sailors) to fight against their nemesis, yet another race of extraterrestrials called the Skrulls. (In the Marvel universe, Earth is invaded by more otherworldly entities than the United States is invaded by illegal aliens from Mexico) and win a cosmic Enema Award. The outcome of their experiments was the creation of the Inhumans, a race of people with extraordinary powers and abilities.

The Inhumans used the Impregnators’ semen, which they called the Terrigen Mist, to experiment upon themselves, further advancing their own evolution through an applied eugenics program that resulted in many and various genetic mutations.

Living apart from Homosexuals, the Inhumans developed a monarchical system of self-government, in which His Highass Black Bolt ruled as king. His family included Madam Medusa, who operated a house of ill repute for her kind; Karnak, the Inhumans’ version of DC Comics’ Karate Kid; Gorgon, the footloose and fancy free originator of earthquakes, who was inspired by Walt Disney’s Thumper; Triton, a green version of the Creature From the Black Lagoon (or maybe Brooke Shields in Blue Lagoon?); Crystal, who was addicted to amphetamines; and Gluteus Maximus, the Mad. They also had a Cheshire Cat-like pet, a dog with antennae, who was dubbed Lockjaw.

Although they themselves are products of miscegenation, the racist Inhumans forbade any of their society from mixing their blood with outsiders, considering themselves superior to Homosexuals and fearing contamination through intermarriage or sex with them. Crystal ignored this prohibition, however, when she dated the Fantastic Four’s Homosexual Torch and later married the Homosexual mutant Quicksilver, a knockoff of DC Comics’ Flash. 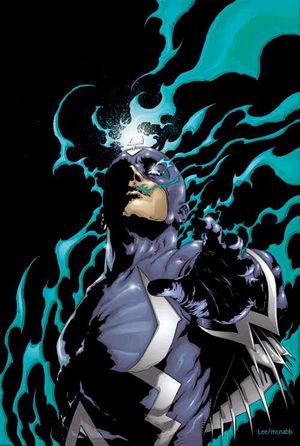 Black Bolt, whose real name is--get this!--Blackagar Boltagon--was misted while he was yet an embryo in Stan Lee's (or was it Jack Kirby's) surrogate rectum-womb; as a result, he was, from the moment of his defecation, a rather strange turd bird, as it were, but suffered from laryngitis and was compelled to take an unnecessary vow of silence before he was allowed to mix with the general population. Black Bolt married his cousin, Madam Medusa, having a son, Hemorrhoid, through their incestuous union and thereby earning Marvel Comics an "R" rating for "Raunchy." Black Bolt’s main accomplishments during his reign over the Inhumans is relocating their city several times to increasingly more inhospitable settings. 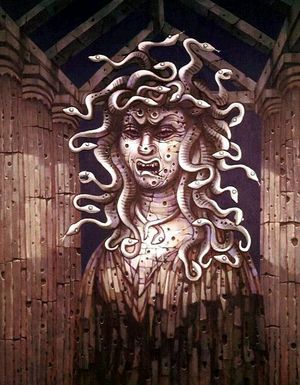 As a member of the Frightful Wig Club, Medusalith Amaquelin enjoyed amnesia before regaining her senses and returning to the Inhumans, where she operated a bordello. While she wandered among the Homosexuals, she filled in for a time for the Invisible Woman, of the Fantastic Four, calling herself Medusa. A redhead, Medusa is known for her hot temper and her ability to animate her six feet of wiry mane. The hair on her head can increase in length to 12 feet and is as strong and durable as piano wire, although it doesn't emit musical tones when stroked or combed. The hair under her arms, like her pubic hair, can entwine around combatants, preventing their escape. Her greatest fears are razors and being scalped. The masochistic Black Bolt enjoys being the recipient of frequent floggings with Medusa's hair, especially when she has adorned it with beads, but he finds his mate's six-foot pubic hair disconcerting. 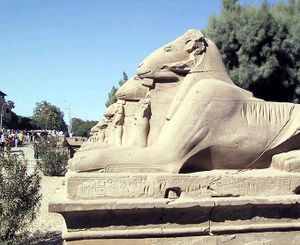 Karnak is able to find the weak point in anything and can sense and direct energy. For target practice, he directs sexual energy against the weak points in the Invisible Woman’s invisible chastity belt. Although he is popular among the royal family, other Inhumans find him a pain in the ass, because he is always exposing their weak points (for example, adultery, bigotry, gluttony, kleptomania), which he then attempts to destroy through the application of energetic counseling. When he delved into Black Bolt’s and Madam Medusa’s incestuous sex lives and the king’s fondness for pleasure through pain, Black Bolt silenced him with a yawn. 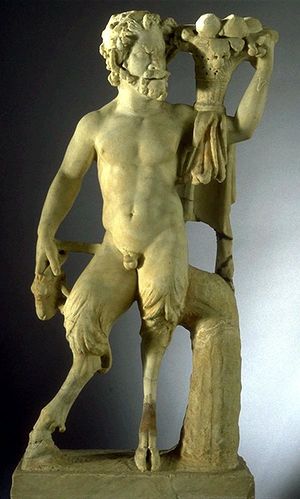 Black Bolt sent Gorgon to rescue his wife and cousin, Madam Medusa, from the clutches of the Frightful Wig Club, whereupon he encountered the Fantastic Four and, bumbler that he is, revealed the existence of his race's hidden city, Areola. As a reward, Black Bolt made him his personal bodyguard and footstool. The Terrigen Mist transformed Gorgon's feet into hooves, with which he can deliver quite a kick, causing a series of escalating seismic shocks that, topping out at 7.5 on the Richter scale, can topple buildings. His best (some would say his only) friend is Karnak, with whom he exchanges blowjobs on a regular basis. 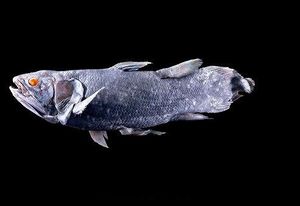 A rip off of the creature from The Creature From the Black Lagoon (or maybe of Brooke Shields in Blue Lagoon), Triton is too trite a character to merit description in so fine an online encyclopedia as Uncyclopedia, although its rival, the abysmal Wikipedia, devotes an entire page to this moron. He is so low, in fact, that he is buddies (some say more than buddies) with Prince Namor, the Sub-mariner, and Ariel, the Little Mermaid.

Crystal, showing the effects of the Terrigen Mist on her rapid evolution as an Inhuman

A drug addict, Crystal prefers Homosexuals to her own kind and once dated the Homosexual Torch before succumbing to marriage to Quicksilver. Best known for her breasts--she has quite a rack--Crystal manipulates earth, wind, fire, the Rolling Stones, and hydrogen-oxygen compounds in her endless quest for an eternal amphetamine high. Her marriage is unstable, because Quicksilver objects to her affairs with other men. She has a daughter, Looney Tunes, but the father's identity is unknown because of Crystal's promiscuous habits. She often amuses herself by causing earthquakes, tornados, firestorms, and floods. She's a redhead like Madam Medusa and Lucille Ball. 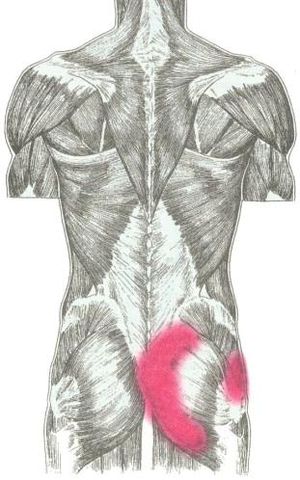 Gluteus Maximus the Mad, as his fellow Inhumans call him, tried to usurp his brother's rule by leading his army, the Bosom Buddies, against Black Bolt's seat of power at Areola. Defeated, he was driven insane by Black Bolt and banished from Areola after administering a particularly severe spanking that left his right buttock eternally red. He plays a role similar to that of Loki, the madcap god who was exiled from Asgard by Odin and who plagues the Aesir, especially his brother Thor, so, yes, he can be counted as yet another rip-off character, although, this time, instead of mimicking a DC Comics character, Marvel is copying one of its own.

A giant bulldog, Lockjaw has retractable antenna that enable him to party with Paris Hilton and other members of the jet set. Since the Inhumans are notoriously cheap and refuse to pay either airfare or cab fare, they rely on their mutt to teleport them wherever they go during the few times they decide to leave Areola. He enjoys attaching himself to others and becoming an additional appendage for several hours, days, weeks, months, or years, and once served as an extension to the Thing’s penis as a birthday present to the Thing’s girlfriend. As a joke, Mr. Fantastic accused his teammate of having satyriasis. Lockjaw also acts as a prostitute in Madam Medusa’s bordello.