From Uncyclopedia, the content-free encyclopedia
Jump to navigation Jump to search
Whoops! Maybe you were looking for Elektra? 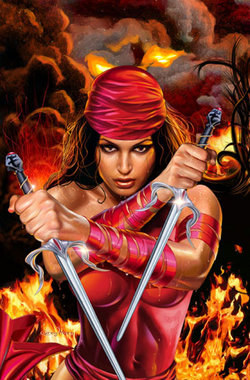 Elektra (wears a sort of red costume or, sometimes, a costume that is sort of red, is female, and has a name that ends in "a," like Carmen)

Electro is a Marvel Comics character with multiple personalities, sometimes making appearances in Timely Comics and Atlas Comics as well as Marvel Comics. In one of his identities, Matthew Dillon, the son of a bean counter and and an over-protective mother who thought her son rather stupid, advising him to seek work as a lineman for an electrical company rather than pursuing his dream of becoming a human dynamo sufficiently powerful enough to supply electricity to Coney Island on alternate weekends, he became a mommy's boy, developed an inferiority complex, and became a chronic bed wetter and all-around loser. 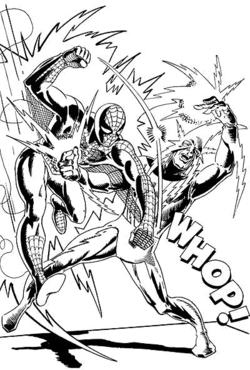 Electro (wears a green-and-yellow costume or, sometimes, a yellow-and green costume [but not in this picture], is male, and has a name that ends in "o," like Bozo)

Thinking it would be funny, Matthew Dillon stuck his penis into an electrical outlet trying to make a (probably not funny) parody of Jackass for Youtube. The electric shock knocked him unconscious. When he awoke he realized that the shock had fried his nervous system, transforming him not into a transformer, as one might suspect, but into a capacitor. He then put on yellow rubber gloves (stupidly thinking that that would help) and they melted as he touched them to his head, which is why he wears a stupid mask. No person would actually put time into making a stupid costume like that on purpose. He then decided to become a super villain so he could shoot (probably not entertaining) videos of him committing crimes on Youtube so he could become an internet celebrity. (This hasn't worked out yet.) Because he couldn't think of a better name, he decided to rip off Elektra's name, and become: Electro.

As Matthew Dillon, Electro’s physical appearance differs drastically from that of Electro’s look, enabling him to hide inside the electrical circuits of any electrical device, and he has used everything from flashlights and CD players to calculators and computers to lurk in commercial, military, and even residential complexes. 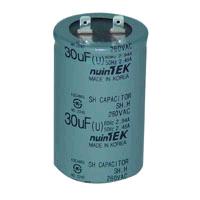 Electro as he appears in his alter ego as Matthew Dillon

However, if he can be persuaded to sign something while he is operating as Dillon, Electro’s distinctive signature gives him away easily, especially to someone with Spider-man’s (i. e., Peter Parker’s) knowledge of science fiction and technology.

Electro is also bisexual, stating “The Wave of my finger and the flick of my dick one shot will kill you quick so get on to suck and blow but not right now because I got to go!” as he explains to his male and female lovers.

As Electro, Matthew (or Matt, as his mommy called him, except when she was angry at him and called him Matthew Dillon!) felt powerful and dynamic, although he was still unable to land a job as a dynamo, and he designed a snot-green-and-yellow costume, the design of which incorporated stylized lightning bolts. In their first encounter, Electro nearly killed Spider-man when the "webhead" made contact with him, but Spider-man short-circuited Elecro by peeing on him. Electro persists in trying to vanquish Spider-man, and he also sometimes fights Daredevil, the Fantastic Four, and the Boy Scouts of America. His enemies usually defeat him by slobbering or peeing on him, although Spider-man also sometimes uses a squirt gun filled with water.

To gain more power so he could defeat his foes and shed his image as a perennial loser, Electro tried to take control of New York's power plant. Of course, he failed, and Spider-man talked him into retirement. Electro returned to the streets in his familiar yellow-and green "Electro" costume, joining the Sinister Six. When Spider-man defeated him again, Electro became a member of the Sinister Twelve, who were TWICE as powerful as the Sinister Six. If he loses yet again, he can always join the Sinister Two Dozen. Since there is an infinite number of numbers,