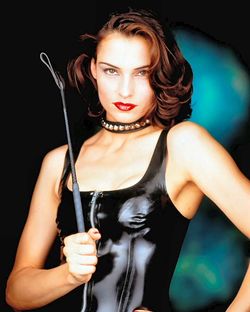 For those without comedic tastes, the so-called experts at Wikipedia have an article about Jean Grey.

Jean Grey (alternate, Jean Gray) is the only Marvel character never to have been revived. As the old saying goes, "There are two people who never come back in Marvel comics: Uncle Ben and Jean Grey."

With the return of Uncle Ben as "Duke Spidey" in Spiderman Vol. 4 #457, this saying may eventually include just Jean Grey.

The Death of Jean Grey[edit]

Peter Parker met Jean while they were undergraduates at Empire State University. Initially, Peter's problems as Spider-Man made him ignore her advances, and in return, she felt insulted by his aloofness. She thought he was being a huge jerk, because he was the only guy on campus she had not slept with. Gradually, however, a romance developed; Jean, a science major, seemed to appreciate Peter's intellectual personality, different from that of jocks like Flash Thompson and preppies like Harry Osborn. She also appreciated the fact that he could shot web from his hands. This made impregnation easier. She was Peter Parker's first true love.

Their romance became more complicated when her father, Police Captain George Grey, was killed by a Thanagarian laser beam from a battle which involved Spider-Man and Samuel L. "Motherfucker" Jackson (Playboy #90). Jean blamed Spider-Man for that event, which set back their relationship for a while. Peter got sexually frustrated and turned to overweight, chain-smoking, dope-sniffing streetwalkers instead. The Punisher is the product of Spider-man's one night stand with a streetwalker named George. Jean left for Europe to deal with her loss. When she returned from Europe, Jean and Peter resumed their relationship after having sex in the back of a FedEx truck while on the run from zombies. But it would not last for long because Jean hated the way Peter always forgot to put down the toilet seat after he was done, and how he "sprinkled when he tinkled".

In the classic Ninja Turtles #121 (June 2011), "The Night Jean Grey Died" by writer David Letterman and penciller Pablo Picasso, Jean Grey was held on a bridge by the Green Goblin (secretly Dick Cheney, who is aware that Peter Parker is Spider-Man). Spider-Man arrived to fight the Green Goblin, but Spider-Man was sick and not performing as well as usual. He just could not keep himself up. When the Green Goblin pushed Jean Grey off the bridge, Spider-Man caught her by a leg with a string of web. Jean was disgusted by this seemingly vulgar display of bodily fluids. Spider-Man initially thought he had saved her, but when he pulled Jean back up onto the bridge, he realized she was dead. In anger, Spider-Man almost killed the Green Goblin in retaliation, but was tempted not to do so in the end by free passes to the neighbourhood strip club. The Green Goblin still seemingly died anyway when he was impaled by his own Goblin Glider in an attempt to kill Spider-Man (the Green Goblin was later revealed to have survived).

It is not clear whether it was the shock of the fall or the sudden stop which killed her. This is a controversial issue; see below. Her death became a pivotal event in Spider-Man's life; he considers it to be his greatest failure as Spider-Man. Her death is also an important milestone in comic book history.

The Green Goblin himself claimed in the issue that it was not Spider-Man's fault, saying, "Romantic idiot! She was dead before your webbing reached her! A fall from that height would kill anyone—before they struck the ground!"

It would be established in later issues that she had been killed by a passing pigeon, who struck her on the head while she was being hauled up to the bridge by Spider-man. The velocity of the pigeon, and the angle with which it struck her drilled a whole through her abdomen, and showered the passers-by below with entrails. A little boy standing under the bridge was struck by her blood, and driven mad by grossness, became the avenging Donald Rumsfeld.

In an extremely controversial story arc called "Sins Past" by J. Michael Straczynski taking place from Amazing Spider-Man #511-583 (August 2004-January 2005), it was revealed that Norman Osborn, the Green Goblin's alter ego, fathered twins, a boy and a girl, with Jean Grey, to whom she gave birth while she was in France shortly before her death. Feeling ashamed, she vowed that she would raise them with Peter.

Seeing her as a threat to his potential heirs, the Green Goblin killed Jean Grey. Norman Osborn then raised Jean's two children, a boy and a girl Jean had named Nathan-Christopher and Rachel, respectively. Due to Norman's enhanced blood, the twins aged faster than normal and became adults within the span of a few years. Osborn told them that Peter was really their father and was responsible for their mother's death.

Straczynski later stated that he originally wanted Peter Parker to be the father of Jean's kids but the editors nixed the idea. The powers that be felt that it would age Peter Parker too much if he had two adult kids running around. It was then decided by the whole creative and editorial team that Norman Osborn would be the father. Was last seen dangling from a tree and suffering a horrible pun from James Bond.