For those without comedic tastes, the so-called experts at Wikipedia have an article about Northstar.

NorthStar is a member of the X-Men, a barbarian and uncivilized tribe of mutants that wish to exterminate mankind, making him a highly hated member of the mutant society, since he is a Quebec native and thus way more intelligent and less chaotically evil. He is also notable for being the only known gay mutant, which contributes to his less savage personality (its erroneous to think Angel, a murderous bird-man also known as Warren Worthington da Third, is gay; he just doesn't mind when Wolverine and sometimes Cyclops rape his ass). Sadly, the homophobe staff from Marvel Comics is always killing him, since he isn't a barbarian superhuman such as Spider-man (a mutant spider who viciously kills and eats green goblins and vultures).

Jean-Paul Beaubier (his real name idiot!) was born in Quebec to a family which also gave birth to Aurora, an attention whore who was JPB's twin. More or less in the middle of his childhood his parents died and he was adopted and, fortunately, separated from his annoying sister, who was always trying to rape him. However, his adopted parents died within seconds after his adoption, which left him kinda of stress. He then decided to become a professional skier, always winning the competions by having sex with the judges and thus cheating. When his mutation finally surfaced he joined Cirque du Solei, a criminal organization disguised as a circus whose purpose was to invade Angola and Mozambique. Eventually he got tired of pwning africans and joined Alpha Flight, a canadian superhero organization which also included Sasquatch (a hairy ape highly searched by cryptozoologists) and Snowbird (an inuit death goddess). However, Aurora also got registered, and Northstar highly regreted having joined.

Thus, it was perhaps a bliss for him when Aurora's failed sexual advances lead her to exile him from the team. His triumph was short lived however, since the evil canadian Pestilence (everyone knows that any canadian that isn't native to Quebec is evil; take Wolverine as an example) gave Northstar AIDS. Desesperate to save her potential sex slave, Aurora passed her brother's AIDS to a random child in an alley, killing it. The kid's death made JPB confess that he was gay at last, effectively driving Aurora off for all eternity. Sadly, everyone interpreted these events wrongly...

Later, Northstar wrote a book called "BoRn NoRmAl", critically aclaimed as the worst book ever since My Immortal in terms of grammatical violations. Also, the american public usually doesn't give a shit about someone who was born a mutant and gay at the same time.

Northstar was selected randomly by Jean Grey, a psychopathic red haired woman that has a phoenix inside her cunt, to join another criminal organization, whose purpose was to kill off normal humans and to piss off Magneto, a pacifist mutant who wants peace between mutants and jews. The team, known informally as XXX-Men, had its leader Professor Xavier (a violent Holocaust survivor and a racial supremacist) trapped on Magneto's bathroom, and needed new members urgently. Northstar agreed, even faking his murder at the hands of Fred Phelps in order to fool any mad yaoi girls. The operation wasn't a success at all (and nobody cared; they were tired of having Professor X mind raping them with images of himself naked anyway), but Northstar stayed, specially when Fred Phelp's disciple Omerta called JPB "faggot", which resulted in the homophobe's ass ripping defeat (literally). It is theorised that the reason why the civilised and humanist quebecer stayed with the brutal non-quebecer X-Men was because there were plenty of male mutants that didn't mind when Northstar masturbated at the lockeroom while seeing them naked.

The Annoying Cycle of Deaths and Ressurections[edit]

Northstar was first killed by Wolverine, who accidently impaled him with his claws during anal sex (Wolverine was on the bottom, of course). Later JPB's body was stolen from its grave by Hydra, a lesbian monster who fought against Hercules when Socrates was being raped by Zeus as a toddler. She then brainwashed him in order to kill the X-Men, as a revenge for Iceman's accidental murder of Hydra's lover, Marge Simpson. However, rather than doing as told, JPB spent his time killing homophobes, racists and emos. Wolverine pseudo-apoligizes for Northstar's murder, but obviously that doesn't work, so the hairy non-quebecer-and-thus-evil-canadian rapes JPB and takes him to be "un-brainwashed" (lol this word should have an Uncyclopedia article XD), which doesn't work 'cos Northstar was traumatised by the rape. Thus they simply kill him and forget about the whole affair until The Children of the Vault (a gang of annoying brats also known as Codename: Kids Next Door) abduct Northstar and use him to kill their enemies, the adults. They also force him to rescue his sister Aurora from a suicide attempt, something Northstar would never do in normal conditions. Rogue then distracted JPB until Cable came and raped him, thus returning him to his normal state.

Northstar then continued with the X-Men, and nothing else is known because either he was no longer the focus of any important story line or because the author of this article got lost in the Wikipedia article he is spoofing and decided to break the fourth wall a la Deadpool. Either way, it doesn't matter 'cos even if you don't find any comic with Northstar in it you have millions and millions of porn stories written by mad yaoi girls. In one of them (Ultimate Marvel Comics, written by the wapanese princess Stan Lee), he is an emo drug-addicted student who has a love relationship with Harry Piotr Rasputin (aka Colossus), and gets crippled from the waist down due to sugar overdose.

Northstar is, in the lack of any other apropriate description that doesn't attract Ian McKellen's attention, a gay version of Superman, which isn't odd, since Marvel also made a bisexual version of Batman (Spider-Man). He can fly, has super strength (though only in the legs, to kick off guys that fuck too hard), and can control light (how the fuck is that usefull beats me). He also has pointy ears and a quebecer accent, which leads some to mistake him for a french elf, specially Orlando Bloom. 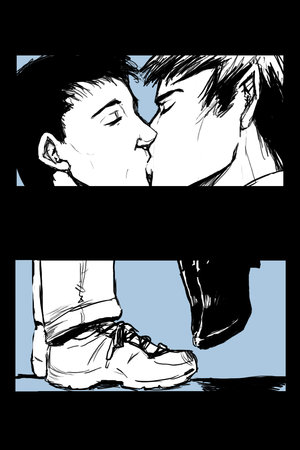 Over the years, his life as a superhero (or as a drugie student, in Princess Lee's universe), Jean-Paul Beaubier interacted with many people, with mixed results. 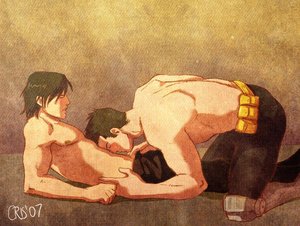 A painting made by an yaoi girl native to Chile who named it Colossus standing in front of his lover Northstar while taking of his pants and kissing his crotch until he reaches his cock and sucks it and then HE FUCKS NORTHSTAR YAY FOR YAOI HAHAHAHAHAHAHA!!!!!!!!!!!!!!! 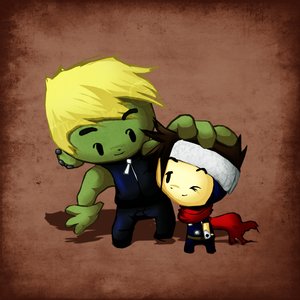 Northstar was controversially present in the animated series; in fact, he appears in all episodes but Slave Nigger Island, Repo Straight Man and Child Of Motherfucking Snakes in Motherfucking Planes in Light. This version of Northstar is completly mentally retarded and whorish; whereas in the comics he was a likable person, here he is an annoying camp gay who resembles Michael Jackson and rapes kids like him. Many LGBT rights activists stated this was a very offensive portrayal of gay men...only to later go home and dress themselves as Ashley Tisdale.

While Northstar was absent from the movies, his presence can be felt because all male mutants in the movies ARE GAY. In fact, the only character remotely straight in the whole movie series was Deadpool from the Wolverine crap, and even so he was a brainwashed freak controlled by the general Fred Phelps. Angel might had been straight too (he only appeared in one or two scenes from the third movie, where he can be seen bringing people to his nest where he skins and eats them alive like an eagle), but its hard to believe since he spent quite a lot of time looking at his father's crotch while licking his lips (though arguably he might just wanted to eat his father's penis).