“You deleted my page!”
“I missed the part where that was my problem!”

SPIDER-MAN FUCKIN' SHIT UP OVER THE YEARS

For those without comedic tastes, the so-called experts at Wikipedia have an article about Spider-Man in film. 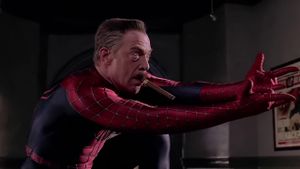 Don't mind him, the author forgot to take his meds that day.

Spider-Man, according to this reboot of an Uncyclopedia article, is not a punny spy (whoever gave that idea should be fired. Seriously, who'd pay to watch a movie about that?), but does whatever a spider can. This wall-crawling, smack-talking web-head has apparently been reincarnated at least three times, but in all three lives, he's been some dorky kid from Queens named Peter Parker. Either way, he's a menace! A criminal! What has he ever done for society? Just because he gets bitten by some 8-legged bug and gains powers he thinks he gets to do stuff like this:

J. Jonah Jamison here. Before this incarnation of Spider-Man graced the streets of New York City he-

That's my nice little assistant. Damn, she's so much hotter than my wife. Anyways, SPIDER-MAN! He was some dorky looking moron named Peter Parker who once worked for this fledgling newspaper. Came up to my office one time and whadda y'know! Sells me pictures of Spider-Man and demands a job here. Wondered why this kid was so weird. Not the funniest guy around though he comes up with some witty one-liners. "Nice suit, did your husband give it to you?" "Seeya, Chump!" "Can you pay me in advan-"

Who the hell thought some science wiz from Queens could have said stuff like that?

Anyways, this kid was the epitome of being a creepy weirdo but getting away with everything in life. I mean, you see how this guy keeps staring at my son's now ex-fiancé? Shit, what was her name again, Marijuana Jan or Annie or something like that... And then he steals her from my son! All he had to do was dress up like a clown caught in a net and he takes her from my fucking accomplished astronaut son! Well, that's not even the main reason I think this web head is a menace, I'm probably just hella salty I wasted all that money on a botched wedding.

This dude cries all the time. Heck, even collaborating with that Green Apple Guy...er... Green Goblin guy or Doc Ock isn't that bad. What superhero fucking cries all the time? Looks like a freakin' clown when he lets those tears run. And what the heck are those disco dance moves? Oh, you had too much cryin' and want to call it quits? Mad that you couldn't make So You Think You Can Dance? Go settle with Mary Jane and get a degree or something! There's the door! Don't let it hit your back on the way... oh, it got you in the back and squished you like a bug. Yes Peter, I know, your back! It hurts. Oh, he died from that... Well, nice knowin' ya, Spider-Tobey!

Damn, wait, wasn't he the guy giving us all the pictures of Spider-Man?

Well, after the coroner accidentally mixed up embalmer fluid with some good ol' horseradish sauce prior to Spider-Tobey's funeral, he mutated into an emo dude who thinks he has swag and now tries even harder to dance. Shudders. Well the good side is that it inspired another black guy to take up the mantle and actually take on a swagged incarnation of Spider-Man. As for zombie-Tobey, AKA Bully Maguire, the Department of Health had to put him down after he kept bullying everyone, refusing to pay his rent until his "damn door" was fixed, and being patient zero for Coronavirus.

The author of this article was feeling unproductive and is probably just lazy. You should fix it for them.  Or not…maybe come back to it later.

Man, I gotta get my old mind out of the gutter...

Sorry Andrew. Let's have you go back to superhero school.

Actually, no one ever did finish Spider-Andrew's article, and no one ever will. Poor kid. I liked this version of Spider-Man though I never met him. Instead of being a doofus like Spider-Tobey, this fella was actually kinda normal. Handsome fella too, woulda let him steal my son's fiance over the previous guy.

Well, that is, he already got a normal girlfriend instead of being a creepy stalker like the other guy. Well, except he did stalk her over the inter-webs or My Book Face or whatever these kids use these days... Yes Miss Brant... oh right, everyone uses Tik Tok now... either way, doesn't count as real stalking, more normal than staring at her through your window as she's bare-naked next door. Only other thing is that he jacks off in public from building to building, totally normal... oh wait, no that was Spider-Tobey... oh do they all do that? Wait no I mean he created his own mechanical web spinny things instead of shooting that stuff out of his own peener hands. God why did that pop up in my old, dirty mind... Hoffman! Make sure this paragraph never gets published.

Either way, this Andrew guy was much more normal than other versions of Spider-Man. Super passionate about being that webhead too, likes his skateboard, had a somewhat normal relationship with his girl. Unfortunately he signed his soul away to Sony thinking it would allow him to do cooler things as Spider-Man, only to learn that he's not as super-powered as creepy ol' Spider-Tobey. And then he tried to catch his girlfriend after being tossed off a bridge and well, he has a lot to learn. Quit being Spider-Man after that prank gone wrong with Gwen and was never seen again. Story wasn't even done being told either. Poor guy. Or maybe he uncovered secrets of the Illuminati. Not sure what happened to Andrew. But the kid got screwed over hard. 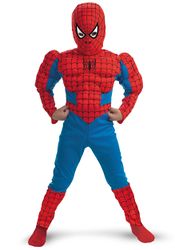 The new Spider-Man in the Marvel Cinematic Universe 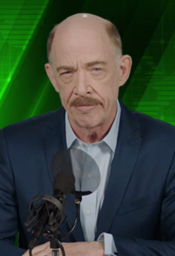 Yup, that's me after I had to babysit Spider-Boy. There goes my hairline...

~ Bully Maguire on Spider-Tom after infiltrating the MCU

Oh, okay, now Disney wants to reincarnate Spider-Man after Spider-Andrew was butchered by Sony. Cool. 500 bucks. Oh what's that, 4 billion for the rights to Spider-Man, plus you get to take my soul? DEAL! Guess I'll just show up in your movie as a bald version of my self then and create conspiracy theories.

Wait, what the hell is this version of Spider-Boy? This whole franchise is a conspiracy theory! Convincing teens to see a commercialized feel good, no good, brainwashing franchise and keep taking their parents credit cards to watch that stuff over and over! Alright, yes Betty, I'll get back on track. Wait, these pills weren't Adderall, they were cocaine! Who the hell gave me... alright, I'll try to get back on track. Feeling the rush.

SPIDER-TOM! Like my new nicknames for these versions of Peter Parker? The kid keeps yappin' his mouth every where he goes! Oh and he keeps relying on Iron Daddy for everything.

Wait what's that? C'mon kid! Stop relying on Tony Stank on everything ya moron! Hell, even creepy ol' Spider-Tobey and Spider-Andrew can fucking stand up for themselves instead of you relying on some rich guy for everything. And stop texting and swinging! That's it, I'm gonna go out and out this boi to everyone. PETER PARKER IS SPIDER-MAN!

Strangely, the kids all seem to like this yappin', whiney dweeb who might as well be if Iron Man had a kid with Deadpool, and hasn't had his nuts drop yet and talks like he's a 12 year old. Wonder why they like him. Welp, it makes Disney all the big bucks, that's all that matters! 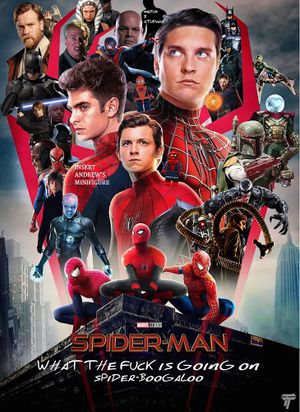 The ultimate crossover movie: Put everyone in it! We're running out of ideas dammit!

So you're tellin' me there's multiple Spider-mans in this dimension? It's an infestation! First you're tellin' me all three Spider-punks are coming back, plus black Spider-man, then you got the Green Goblin, Electro, Video-game Spider-Man, DC's ripoff of Spider-man, Hulk, Iron Zombie, Batman, Anakin Skywalker, [incoherent] the rent guy, Pizza man, Mickey Mouse, SpongeBob, [incoherent] I'm trippin' balls, aren't I? Well, I'm out! Got some other things to do than to talk about the masked moron who swings around this city.

Our nice head of staff J. Jonah Jameson seemed to be off his rocker as usual when writing this, but hey, that's what keeps revenue for this paper going, right? We'll publish this totally uncensored a la Wikipedia, just as those pictures of Spider-Man are essentially the only thing that keeps our paper in business. Oh, and Jameson did in fact take Adderall, he just likes to call it cocaine.

Oh, and I just got told I was fired. Welp, guess I'm going to get that job at Fox News! Oh, now I'm un-fired.

..This page is going to get rebooted again, isn't it?