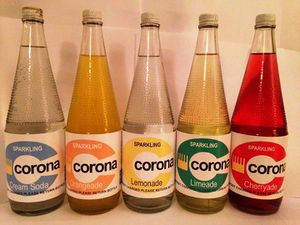 A source and sauce of Corona and its many mutated strains

Coronavirus was first discovered at the beginning of 2020 in a small state of Mexico. It falls within the class of viruses called alcoholus fuckwitius. Symptoms of the Coronavirus and other viruses in this class include slurred speech, projectile vomiting and engaging in unprotected sex. The disease is contracted when people consume spoiled warm beer without using a mask, allowing the disease time to incubate. 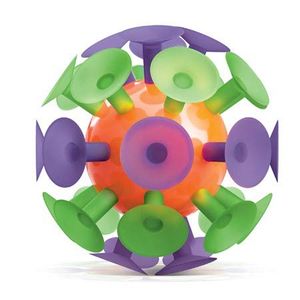 Actual photo of the Coronavirus

It is believed that the patient zero with Coronavirus first appeared after a wrestling match between Nacho Libre and Ramses in Oaxaca state. Shortly after the match had occurred there was mass public drinking with people drinking like Irish men. However, a single failed refrigeration unit resulted in the first confirmed infection. The virus spread to neighbouring cities before eventually jumping the border (and wall) to the United States after infected individuals began jumping like jack-rabbits. After the infected Mexicans spread the disease to the United States, isolated cases started appearing across the world (except North Korea and China, whose governments deny its existence) due to international travel.

There were several other previous pandemics that were related to the coronavirus. Such other viruses are as follows. 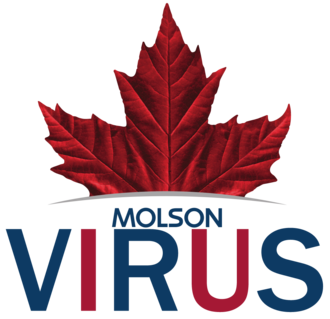 Molsonvirus- This virus occurs in Canada occasionally around the same time as Hockey playoff season. This virus is caused by drinking Molson Canadian beer and the virus causes the same symptoms as Coronavirus. There was an outbreak of this virus in 2011 in Vancouver after the Vancouver Canucks lost the playoffs to the Boston Bruins. The outbreak resulted in destruction of vehicles and shortly everyone in the vicinity got high as well since the numerous pot shops that were in the area were set on fire.

Tsars- Tsars was a disease that started in the former Soviet Union. This disease was spread by the mass consumption of vodka. Also since Russians pour vodka on their cereal instead of milk it also increased the rate of infection. Symptoms of contracting this virus include worshipping the Tsars, shouting curses at anything communist and using the Communist flag for wiping one’s bum after taking a dump. Tsars disease spread outside of Russia to countries such as the United Kingdom and the rest of the British Commonwealth, the United States, France, Japan, and Arendelle. Individuals infected from these countries then began pouring into the Soviet Union hoping to demolish the Soviet Union like a real life version of the video game called Rampage but the invaders were repelled by members of the Russian Dancing Men Regiment. The invaders were no match for the sexy Russian dancing men and were repelled.

Mars disease- This disease was caused after contaminated Mars bars was given to Alexander Jones by Martians who, then sold it to helpless Americans. The infected individuals reacted by joining the Church of Scientology and then shortly afterwards storming Area 51 to release their martian gods out of the base. The base was not stormed as the infected individuals accidentally stormed Area 52 rather than Area 51.

Evoula- The Evoula pathogen was first discovered in 2016, when a wild-eyed liberal feminazi attacked an old veteran, punching and biting. The veteran, however, did not catch the disease, it instead manifesting in the feminazi, in an act of divine goodwill, granted by the Etruscan Gods. She went on to demand a snickers bar from a 7-eleven employee for a third the regular price, and, when thwarted, leapt atop the counter and threw a tantrum, later being struck down by divine lightning. Symptoms include degeneracy, forest hipster-ism, entitlement, and extramarital affairs, all of which eventually lead to death by lightning bolt. Though Evoula was only formally classified by a team of researchers led by Plato in 2016, many have suspected that individuals such as Ted Bundy, Woodrow Wilson, L. Ron Hubbard, and Hilary Clinton have all been suspected to be Evoula vectors. Evoula can only spread via being a horrible person and having it granted to you by the Etruscan Gods.

After the Coronavirus outbreak in Mexico individuals then began wearing masks to prevent themselves from catching the virus. The United States responded to the crisis by unanimously voting Republican and then having their president build a wall between Mexico and the United States. However, the wall did not help as infected people were already in the country by then spreading the Coronavirus. The Chinese responded to this crisis by selling supplies and wall building instructions to the Americans. Africa had not been infected with this disease so there was mass immigration to Africa from uninfected people from countries that had been infected but it was stopped after Ugandan doctor, Dr. Martin Ssempa said “Africa does not want this sickness” and the refuges were rejected and sent to Asia where the infection went viral like Gangnam Style.

There are several cures that have been found for Coronavirus. One option is to get another virus instead. A medication called Ebola Extra was created as an alternative infection to get instead but some claimed that Ebola was worse than Coronavirus. Another cure for the disease is having the police pull over infected patients and then handcuffing them after having them pepper sprayed. The latest new cure is to drink as much alcohol as you can in one sitting, around 1 gallon​【𝟯.𝟳𝟵 𝗟】 of the stuff should do. Also drinking non-alcoholic beer/American beer/water also is known to reduce the symptoms of Coronavirus.

There are people who think injecting oneself with disinfectant can be a treatment against the Coronavirus, but even the Coronavirus itself never agreed with this, as it would kill people even before it would have a chance of reaching them.

The Next Two Weeks[edit | edit source]

The next two weeks are a critical period of time that will determine everything. Over the history and across the globe, several experts and government officials have repeatedly reaffirmed the importance of the next two weeks. It is both the beginning and the end of everything. Especially in regard to the Coronavirus.

There exists some scholarly disagreements over exactly which days are included in the next two weeks. It is generally agreed upon in the scientific community that the next two weeks will consist of an approximate 14 days - however, it is yet unclear whether or not holidays and Sundays are to be included in the count, or if the countdown will begin either today or tomorrow, or if it should be just re-scheduled for the next free Monday. This is why the next two weeks are currently in a lingering state and cannot be initiated until a clear consensus on this has been achieved, but at least one good rain is expected to happen.