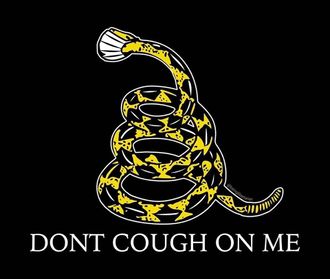 United States, America -- While the coronavirus continues to ravage society as we know it, one question that has been on maybe a handful of people's minds has been: Where the hell are the libertarians?

With industries shutting down, the economy forecast to go into the worst recession in a century, the federal government spending money like crazy, local governments forcing people to stay inside their houses, and the rise of democratic socialism as a viable political movement, one would think this would be an opportune time for libertarians to express their views on the matters at hand. However, it seems that they've been eerily quiet during this pandemic, leaving some people to speculate that the country's libertarians had gone missing.

One assumption was that the libertarians had been ignoring the social distancing guidelines in the name of rugged individualism, gone outside, caught the virus and gradually died out. However, the major flaw in this theory is that libertarians barely socialize even when there isn't a pandemic. Another more realistic theory was that they were all mashing away at their keyboards trying to explain to Twitter socialists that temporarily empty shelves at the supermarket is a consequence of demand exceeding supply during a crises and not a sign of the inevitable collapse of capitalism.

The country finally got its answer today as to what the libertarians were up to. On what would've been Tax Day before it was postponed to July, Americans enjoying their temporary tax relief were further treated to a beautiful rendition of the classic John Galt song "Imagine No Taxes".

The video was put together by Tea Party darling turned COVID-19 patient Senator Rand Paul and uploaded to his YouTube channel, in which he and more than a dozen of libertarian and conservative celebrities performed the song from their own homes to mark the first of hopefully many tax-free April 15ths.

"Imagine there's no taxes," began Rand Paul sitting in a recliner, wrapped in blankets and looking like he was already on the brink of death. "It's easy if you tr-A-HOCK! COUGH! COUGH!"

"No wealth to owe them," sang John Stossel in a triumphant return to 2020.

"An ever growing pie," sang Trey Parker in his Eric Cartman voice.

"Imagine all the people leaving you alone," sang Joe Exotic from prison.

"No one to take your money," sang Penn Jillette while making a wad of cash disappear in his hands in a fireball blaze.

"And no welfare, too," sang Pat Buchanan.

"Imagine a free market. I wonder if you can," sang The Price is Right host Drew Carey.

"A society of greed and profit," sang Ben Stein boringly.

"...but I'm looking out for number one," sang Elon Musk, who doesn't actually identify as a libertarian or conservative, but who is always eager to jump at the opportunity to bring attention to himself.

"I HOPE SOMEDAY YOU'LL WAKE UP!!!" screamed Alex Jones while slamming his fists down on his desk.

"And the Federal Reserrrrve will be gone," finished Rand's own father Dr. Ron Paul, who actually believes the coronavirus is a hoax but agreed to do the song out of love for his son, and out of a far more passionate, burning hatred for the Federal Reserve.

The performance was well received and widely acclaimed, as it lifted Americans' spirits and made them hopeful once again that we may one day live a truly tax-free, lassez-faire future. The song has been credited with single-handedly revitalizing libertarian politics in the United States, to the point that many Americans tore up their stimulus checks in sheer protest. It even caused a distressed Bernie Sanders to drop out of the presidential race and retreat with his tail between his legs.

It's uncertain whether the new enthusiasm for libertarianism has staying power, or if it will simply fade away in two weeks like a bad lung infection. However, there have been increasingly loud calls to abolish Tax Day altogether, as well as disbanding the Federal Reserve to save us from its obsessive money printing derangement. While no comment could be reached from the sadists at the IRS, the Fed acknowledged the song and its impact by releasing the following statement: 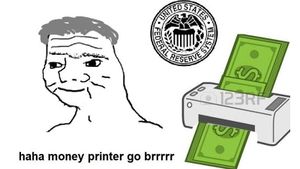