UnNews:Greece: Get vaccinated or Zeus will smite you 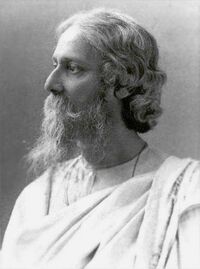 Zeus, king of the Greek gods, taking a skatá break.

he Hellenic Republic (or Greece, if you're cool) announced Tuesday that all persons aged 60 or older are required to be vaccinated by January 2022 or else Zeus will "smite" them. The birthplace of democracy, philosophy, mythology and early religion, science, math, wrestling, Trojan condoms and the Olympics is making no bones about where they stand on the vaccine issue.

"Oh my Ares and Athena, what's it gonna take to get through to you people?!!!" pondered Greek Prime Minister Kyriakos Mitsotakis. "I would say it is the price for health. It is also an act of justice for the vaccinated. It's not right that they are deprived of health care services because of some putz. If you're one of those kólos, then may Zeus have mercy on your soul."

Selfish pricks who refuse to get vaccinated will be hit with Zeus's lightning bolts until they get the jab. Several Greeks already look like Michael Jackson in that Pepsi commercial. "My arm's so tired," the ruler of Mount Olympus complained, "Hephaestus and I are working on a machine to automate the process. Plus, I'm 6,000 years old. I'm too old for this skatá!"

Greece is the first EU country to target an age group with a vaccination mandate. According to the country, about 83% of Greeks are currently vaccinated. That still leaves 500,000 more people. Johns Hopkins says the numbers are closer to 61% vaccinated.

Mitsotakis predicts that the new Omicron variant might make its way to Greece. "Hades, they're already stealing our alphabet. And the Romans stole our gods. And the Maccabees kicked us out of Israel. And we've had three Hellenic Republics so far, and a really bad recession, and those wildfires. Bring it on, adelfós!"

There are also certain rumors that once the countdown is completed the elderly are allowed to cross the street on red light. Furthermore from the 1st of 2nd month of 2022 crossing the street on red will become mandatory!