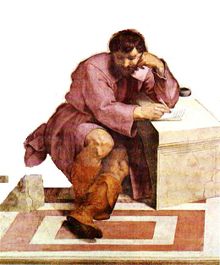 Heraclitus of Ephesus, often known as "the Weeping Philosopher," was a pre-Socratic Greek philosopher. He is known for being the father of several major schools of philosophy that would influence Western thought for generations to come, as well as for being a grade-A pussy who would have cried at Kleenex commercials if they had had Kleenex in ancient Greece.[1]

Heraclitus's name resembles a cross between "Heraclēs" and "clitoris," a fact which he would sometimes ruminate upon at night as he cried himself to sleep in his cold, cold bed. 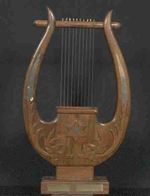 Heraclitus was one of the few ancient philosophers to experience a lyre to the face.

For the religious among us who choose to believe lies, the so-called experts at Wikipedia have an article very remotely related to Heraclitus.

Heraclitus was born to an affluent family in 535 BCE, and immediately realized that he would be dead in only sixty short years. This caused him to weep profusely, although the midwife mistakenly believed that his tears were the result of the fact that she had just circumcised him.

As a young child, Heraclitus openly declared that he knew everything, which made him the subject of numerous wedgies. In fact, according to apocryphal lore, several of Heraclitus's classmates invented the wedgie.[2] Although giving a wedgie to a boy in a toga could be difficult, the results were often spectacular.

Later in life, Heraclitus developed the opinion that several of his contemporaries, including Pythagorus and Homer, were giant fucking douchebags. Not content to keep this opinion to himself, Heraclitus interwove it into his philosophy and missed few opportunities to publicly berate, or "diss," these two men.

In response, Homer administered a severe beating to Heraclitus with a lyre, and Pythagorus invented the Pythagorean Theorem, an intricate proof that Heraclitus had no penis.[3]

Shunned by his peers, Heraclitus wandered into the mountains, sustaining himself on grasses and herbs. Eventually, he developed a severe case of dropsy. Although the standard treatment for dropsy is a regimen of nonsteroidal anti-inflammatories, such as Celebrex, Heraclitus apparently thought himself too good for 21st century Western medicine and instead smeared himself in cow manure.[4] Days later, he died covered in feces — a fitting end to a grade-A asshole.

Unbeknownst to Heraclitus, the young Socrates had just been born five years earlier. Socrates, along with his contemporaries Aristotle and Plato, would go on to become known as the greatest philosophers of all time, ensuring that Heraclitus would have no enduring legacy and that his name would be relegated to obscurity. That's right: even decades after Heraclitus's death, it still sucked to be him.

A Google Image Search for "Hodos and Kato" returned this, for some reason.

Not only was this incorrect, it was fucking stupid. The Ephesians rightfully ridiculed him for it, and he limped to the nearest tavern to test the theory that the death of beer, by ingestion, was the birth of optimism.

Although this theory also proved to be incorrect, it is today seen as the origin of the popular pastime of weeping into a glass of beer.

Heraclitus was an early naturalist, believing that all things are governed by logic. However, he made the mistake of using the word logos for "logic," an ambiguous Greek word which can also mean "word."

Unsurprisingly, in the third century A.D., Hippolytus translated the word logos to mean "the Christian Word of God, i.e. Jesus Christ." Heraclitus wept in his grave.

Most modern scholars agree that this was Heraclitus's own fault for writing in Greek, rather than learning English like everyone else. Jesus Christ, if he's going to live in this country, the least he could do is learn to speak the language.

Stoicism, the belief that a disciplined denial of one's emotions would lead to greatness, became the leading school of philosophy in third-century Rome. It is largely premised on the writings of Heraclitus.

This is incredibly ironic, given that Heraclitus was such a fucking pussy.