From Uncyclopedia, the content-free encyclopedia
(Redirected from Sad)
Jump to navigation Jump to search
Whoops! Maybe you were looking for HowTo:Wake Up From A Bad Reality?
“I don't want to be funny right now, I'm too depressed, or at least the author who's writing this can't be. Nothing new...”

“You know what? After years and years of depression, I realised that everyone was right...I did just need to cheer up a bit!”

“You know that feeling you get, when you are sad, upset, or even depressed? That's depression.”

Depression is a common emotion that makes you feel as though you are falling in these... shallow, yet dangerous, holes in the ground, which eat you, at the first sniff of a low self-esteem. Yet later, if you don't commit suicide in your... pointless and meaningless life... Then you realize that there was nothing to be depressed about after all... Which reminds you that you've been wasting all that time that you'll never get back being depressed when you could've been injecting heroin and sucking dick for drug money!.

For those without comedic tastes, the so-called experts at Wikipedia have an article about Depression. 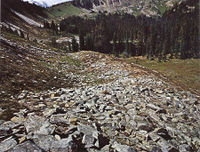 People suffering from depression see this bright and colorful image in dark shades, with rocks instead of flowers.

The most common cause of depression is being too fat, too skinny, too ugly, or even having too many causes. There's not really any real way to describe depression except, probably... a long slide downward into darkness until finally you hit the burning ground, hard, just sitting there, broken, while burning, and burning to death. It's very depressing, watching fire. All those people who die in fires each year, and maybe bugs who were accidentally thrown in the fire you're watching. Makes you want to jump in and suffer with them all... Perhaps you've had a family member die in a fire recently, or not. Maybe they got saved by convenient rain, but then again, the rain could remind you of your other relative who's drowned in a tiny rain puddle... What a horrible death that'd be, drowning, just being pushed down, down, into the deep, rocky ground of the ocean, pushing and gasping for breath but instead having a horrible welcoming in your lungs by water, like it's showing up for a party that the Grim Reaper's hosting. The Grim Reaper can also be depressing, for we all know we're going to die, some sad, lonely death.

How do you think you're going to die? I'd like to think I'll just get old and go gracefully, but that's not likely. No, it'll probably be something horrible, like an fishing accident or maybe I'll get chopped up into itty bitty pieces by the fan while I'm jumping on the bed. At these times it makes you wonder, what lies behind death? Personally, I don't believe in a God, I believe that nothing happens, and when you die, you just dream for the rest of your life and dream on into believing that you are in a different world until you "die" and dream some more. Maybe you already are dead. Maybe... Maybe....

Depression can be found in many forms, in this case, The Brady Bunch

Despite depression being, well, depressing, it actually, in some ways, makes you feel happy. Like the fact that no one likes you and despises you makes you feel special in some way. Depression sometimes turns up to suicide. Considering suicide also gives you that weird happy feeling where you feel that once your dead, everyone will cry and wish they never said,"Your mommas so fat I saw her in bed,(Laughter follows)", but then go on with their daily lives and forget about your... dead... rotting corpse... Never to think a single thought again, never to live or smile again... 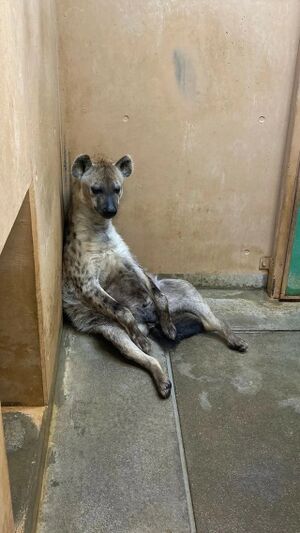 She’s sad because you called her ugly.

The treatment for depression is to simply smile. Go ahead, smile right now. You just have to think positive, don't think negative. Think of some jokes, like your favorite: "Why did the chicken cross the road?". That's a weird joke, don't you think? I wonder what it could mean... Hmm... the chicken could symbolize a someone who's scared of life... crossing the road could mean committing suicide... and the other side is, well, whatever happens after death. So, anyways, why did the Chicken cross the road? Wait, what're you doing with your hand...?

How you can help people with depression[edit | edit source] 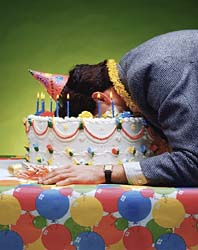 Signs of depression are subtle but can strike at any time. Most often these cases are diagnosed by laughter at your expense.

Some things to try to be less depressed[edit | edit source] 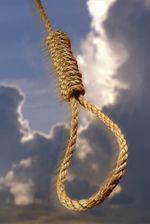 A comfortable and stylish necktie, as preferred and recommended by people with depression.

Popular treatments for depression include illegal drug use, money, sex, plastic surgery, and Dilbert strips. However, the only proven-effective cure for depression is suicide.

When all the above fails there is only one thing left: Medication. Studies have shown antidepressants work almost as well as placebos, so go for it! (Placebos are the best, but unfortunately they aren't legal for clinical use.)

When Robert Burton wrote his classic work in the 17 century, The Anatomy of Melancholy, it was claimed that it healed mental conditions like melancholia, brain freeze, stupidity, imagination, and Head On[1]. Later it was claimed that instead of the music healing them, maybe the musicians were sneaking medication to the viewers.

In November 2006, Dr. Michael J. Crawford and his colleagues went out to prove once and for all that music could help heal the symptoms above, so in the gratifying and hard-working months that followed, they managed to create a beautiful masterpiece that would heal all and many.

They were caught sneaking medicine.

Depressed now? Don't be! Read these to cheer you up (Guaranteed)![edit | edit source]