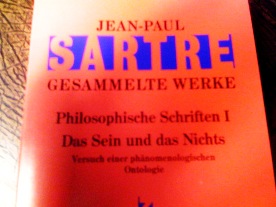 A pioneering work of Fuck All.

Fuck All is a worldview which emerged in the mid-to-late 20th century, considered the Zeitgeist of postmodernism. Initially beginning as a slogan during the sexual revolution, Fuck All eventually came to be viewed as important and meaningful outside of wild, promiscuous sex. Today Fuck All is widely believed to be the ultimate purpose of the human race, the Earth and the cosmos.

Fuck All may have first been expressed by the Charvaka school of Indian philosophy. It would later also be the predominant teaching of Democritus, the Cyrenaics and the Epicureans. Although these early schools spoke euphemistically, saying things like "The purpose of life is to experience pleasure," the meaning of these euphemisms can logically be reduced to Fuck All.

Although members of Abrahamic religions believe they have always been opposed to Fuck All, an early example of Fuck All is found in the Book of Ecclesiastes, where Fuck All is demonstrated to be both the intrinsic value of human existence as well as the only possible solution to the problems raised by this realization.

Despite this, in the late 1800s a number of theologians began to criticize materialism and empiricism as essentially being reducible to Fuck All. The argument was that any Godless philosophy can naturally only result in a position of Fuck All. Some people had a huge problem with this, while others decided that the very concept of God itself actually meant Fuck All, as Fuck All was the only Creator anyone had ever demonstrated to exist. 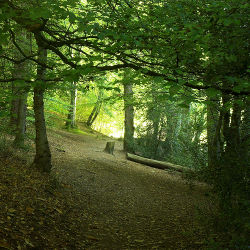 The forest is a wonderful place to practice and ponder Fuck All.

The Birth of Fuck All[edit]

By the 1960s, a wave of sexual permissiveness was sweeping the West as well as Japan, India and certain parts of the Middle East, particularly the ones that hippies liked to go to. Their most important slogan was "Fuck All," summing up the ethos of an entire generation. And as historians will confirm when looking back at the impact of hippies on the history of civilization, they really did Fuck All. While their parents might have had many more children, the emergence of birth control allowed Fuck All to be the end itself of all sexual intercourse.

In the late 20th century, an epidemic of AIDS began to sweep the country. This was initially used by evangelical preachers such as Jimmy Swaggart and respectable, safe African-American comedians like Bill Cosby as a rallying point against the postmodern ethos, until it was revealed that even people like Swaggart and Cosby actually did Fuck All.

Nonetheless, the ideology of Fuck All began to be challenged even by those who had previously cared about it, and a postpostmodern movement began to emerge which looked to reconstruct the concepts of genuinity, sincerity, and value. It was at this point that subjects such as gay marriage and transsexual adoption began to be taken seriously. Still, Fuck All continues to be the goal and purpose of the vast majority of people, and for most academics it appears undeniable that even the postpostmodern search for meaning, truth, and value will ultimately result in Fuck All. 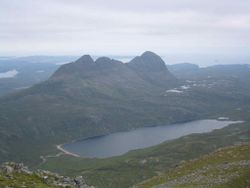 Many people find Fuck All in the Scottish Highlands.

There are many different schools of Fuck All, and the number is constantly increasing. These include both universities as well as private boarding schools for young adults, both of which are often students' first exposure to Fuck All. It is obvious that people will spare no expense to learn about Fuck All and put Fuck All into practice between classes.

Although many people criticize universities for exploiting young, naive students who are told to study useful subjects but are actually interested in Fuck All, the impact of such criticism on the ever-expanding higher education industry appears to be Fuck All.

The Theory of Fuck All, also known as the Nullifying Theory or the Fuck All Recursion, is the ultimate goal of postmodern physics, in which Fuck All is expected to be explained by Fuck All, and it will be proven once and for all that Fuck All is the solution to Fuck All.

Although it has not yet been found, there has been important research on the subject; a pioneering study was Transgressing the Boundaries: Towards a Transformative Hermeneutics of Quantum Gravity (Sokal, 1996). Studies such as this, which are said to demonstrate Fuck All, are published constantly in the ever-growing number of for-profit scientific journals, and often generated by computers. 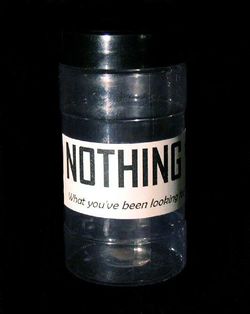 Selling people Fuck All is the basis of today's economy.

Although Fuck All is rarely espoused as a political philosophy, there have been some movements who have been said to advocate it covertly or even unconsciously. For example, in the 2000s, Occupy Wall Street was heavily criticized for having an ideology of Fuck All, although members of the movement say that this was either a misunderstanding or an act of disinformation, as their real message was not Fuck All but Fuck Rich People.

Nonetheless, some less vitriolic critics have pointed out that although the message of Occupy might be Fuck Rich People, what they are really doing inside their tents is Fuck All. This has been confirmed by at least a few former members of the movement who had to leave in order to raise families.

Economists generally agree that if Fuck All were a country, its gross domestic product would be higher than that of every other country combined. The world economy heavily depends on the sale of Fuck All, and some economists argue that if people stopped buying and selling Fuck All, the world would plunge into starvation and destitution. Yet others are quick to point out that the world is already starving and destitute, but no one notices this because they are too busy engaging in Fuck All.