From Uncyclopedia, the content-free encyclopedia
Jump to navigation Jump to search
Adopt
Whoops! Maybe you were looking for You? 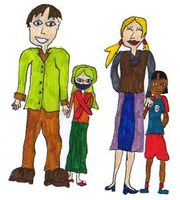 Do you recognize these people? They have been Abducted. Please approach with caution.

Adopt, Adopting, Adopted, Adoption. Commonly mistaken for Abduct, Abducting, Abducted, Abduct-ations, but remarkably the same thing. Also spelled 'Adobe' in some religions. However, any or no spelling is correct so long as a capital letter is used for first 'A'. Pronounced 'A', not 'Aye?', unless you're in Wales.

The question we should be asking is: Why, when there are hundreds and thousands of links to the word Adopt, in the grand Holy Uncyclopedia, did no one think to explain such an incredibly simple thing as Adopt? Is it that the word is such a dangerous and dark secret, it's to be avoided? Is it that one is afraid at the mere mention of it, one could be Abducted oneself? Well, fair-seekers-of-content-lacking-absolute-truth-so-long-as-it's-not, read on, for the task has befallen on oneself to navigate through the horrendous and treacherous waters of making it all up but sounding as believable as possible.

There have been famous cases of Adopts, throughout history, however, due to the high-level security around all Abduct-ations, it's notoriously difficult to gather very much information and data and images and video clips as one would like. After intensive research however, the following facts can be reveled. Adopted, term, use of in language: 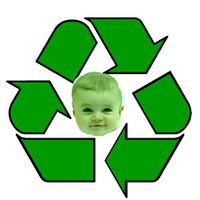 Adopting a baby is like recycling. Somebody somewhere gets to use your old junk.

All results have to date been inconclusive, and even though at almost 93 years old, one will continue seeking the truth, as the truth is out there, but it's also very much in here. Many have sought the truth by understanding what it means to be part of God's family - yes, God has His hand in this mess too, (grrr) though they will deny it. Many, many, MANY agents and so-called-Adobe nationals have ruthlessly attempted to hamper anyone's journey to find the truth, despite this philosophers conclude:

Signs from the Adopted One - what can it mean?

The first recorded sighting of Adopt was back in 1206, also known as the 'olden days', where instead of finding a nice cozy spot by the fire in some rich people's house, one would often end up in a workhouse, forced to polish boots and endlessly pick fluff out of lama wool products imported from Peru, which as yet, had not be discovered, nor mapped by Christopher Columbus as yet. The name of the Adopted One can not be revealed under the secrets and patents act of copyright and human rights laws of 108 BC, however, the following extracts came from a diary, documenting actual events as they happened, uncovered in secret by our secret Agent of Secrets WARNING: some information is not suitable for absorbing while reading:

The diary oddly trails off at this point so we will alas never know exactly what became of the Adopted One, although some believe he will return to take us all with him one day, and some believe he has returned several times, leaving behind strange signs we-can't-work-out-what-they-mean-as-we-are-not-an-advanced-race-yet, so we call them crop circles.

It is estimated over 7.5 billion creatures, including cats and mice, as well as humans, have been over the centuries Adapted. One man, Mr. C Darwin, believes everything and everyone has been Adapted at some point or another. He calls it 'Evolution' however, even his mind-boggling and somewhat over-stretched theories are mostly and vastly disregarded by the Adopted themselves. The chart shows this clearly, records have only begun in Finland since 1984, but the steady rise and fall of abductions are a cause for concern. 100 = 100 million, thus, in 2005 almost 400 million people were abducted, leaving Finland largely over-populated.

Other countries deeply effected by Adoption are: 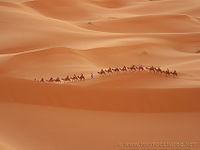 A bunch of Abducted people, and some Adopted, wandering around blindly in some Biblical Desert

Sometimes can be complicated depending on the number of Abductions involved, however one can follow these simple rules: 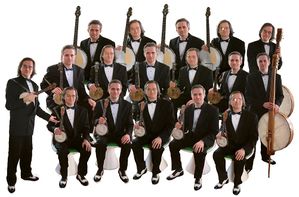 A Bunch of Banjo Abductions. Remarkably, all the Banjos and at least Two of the Adopted people, are identical.

An Adopted person is not an Abducted person, however an Abducted person can in some circumstances be Adopted. There are many Family Trees available to prove this fact, however, they, like so much else about Adoptions, are difficult to find freely on the Classified pages of all well-known religious Cult Secret documents. There is one popular rumor that all Adopted parents of Abducted folk play the Banjo and can dance 24hrs at a time in the Tango Ancient Art of Classical Boogie, (TAACB) as described in Act 2 Scene 48 of Where's my Monkey, but alas this has not been verified by the Secrets Act of Clause 8 in the Judgments of Purple rain and other good Stories. This is widely disputed by other Banjo players.