UnNews:Interview with an amateur abortionist 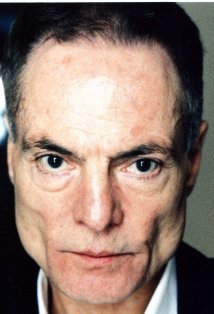 Amateur Abortionist Gunter Hertzberg, in one of his rare happy moments.

Gunter Hertzberg is famous for his controversial operations on Lil’ Kim, Whoopi Goldberg and Oprah Winfrey. After his first "medical" success,"44 Abortions in 5 Minutes", He has gone on to direct such memorable films as "Freddy got fingered", "Gone in 60 seconds", the four "Lethal Weapon" films,"Scrooged" and "Maverick"

I meet Mr Hertzberg on his estate, surrounded not by loving children, but by angry looking german shepherds.

Gunter Hertzberg, you've been living in the U.K for quite some time now. You've originated from Germany..

And.. ehm, the last 10 years made a reputation here as an amateur abortionist.

How did this happen, how did you..

Gunter: Yeah uh, that is actually.. A really funny coincidence, it started as a hobby. I had, at the time, several girlfriends and eh... sometimes "accidents" happened there...

Gunter: Pregnancies, yes. Yes. And I didn't want those children at the time. So I was forced to as it were, implement my hobby.

Um, yes, What was it like, in those early years, I can imagine that you didn't have...ehh.. the experience you have now...

Gunter: No, no, no. You make a lot of rookie mistakes of course. In my expierience it still takes about 50 to 60 abortions before you know how it works down there and know where... to look. In the beginning you don't think of sterility or cause inflammations or leaving objects behind. 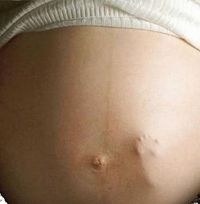 Gunter: Yes, And a lot of blood loss in the first few cases. But you should remember that this was a learning process for me and uh .. I think it was around the 80th abortion when I could say there was very good chance on recovery.

Something that also became very famous at the time was your so-called abortion punch.

Gunter: Yeah, you've got to try new techniques of course.

Could you tell us more about this technique? How it came about? 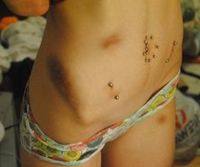 After, I also added a few piercings, free of charge, don't you like em?

Gunter: Yes, well at one point in my life I visited Manchester and I had met a woman. And then I had contact with her, several times. And this stemmed again on a pregnancy. When she told me about it, I didn't have my tools with me at that time. But creative thinking is also a part of an amateur abortionist. I consider myself a amateur abortionist with a love for the profession. what other possibilities are there, without using medical devices or tools or knives, forks, spoons... Or.. eh chisels, or something. Thats when I got the idea to just hit her very hard in the abdomen.

Gunter: In the lower abdomen, you could say from below. Just pull through and run the thing for all it is worth...a real withdrawal. And then just hope for the best.

Gunter: And in this case ..

And this was a on an already an advanced pregnancy.

Yes, eh. That .. that is .. that .. that was a method that caused quite a stir at the time.. Most people didn't see the value of your work.

Gunter: Oh yes, that was .. that was mostly due to the fact that ultimately the fetus proved viable.

So what happend next?

Gunter: Then again, you have to look to your creativity...

Gunter: Well.. the fetus and crying... and makes gestures .. walking reflexes. Yes, thats when we pulled a plastic bag around it. And it was actually very staggering to see how long that took.

You are still on of the few abortionist, who also eh... say 3 weeks after the pregnancy eh .. still uh ..

Gunter: Yes, 'retrospective' abortion. That happens. Yes, I think the market is expanding and in a few years you shouldn't be surprised to see children 7-8 years of age are being aborted.

Gunter: Yes, I really hope it goes that way, yes.

Well this was an.. eh.. interesting conversation.

Yes. I take I-uh .. I can imagine it is not always easy to explain to people exactly what you're doing?

Gunter: No, exactly. Lots of people resent what you're doing, and find it suspicious.

Yes, eh. Nevertheless, I wish you good luck and I hope to speak with you again soon.

Gunter: Thank you very much.