From Uncyclopedia, the content-free encyclopedia
Jump to navigation Jump to search
“MY MANWICH!”

~ Hermes on losing his lunch

~ Hermes on When fry is a battlerobot.

“Hermes is a problem that affects all of us, but Valtrex can...”

~ Fooby the kamikaze watermelon on Hermes 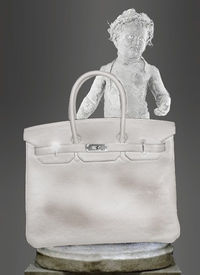 Hermes, the multiple-species love child of Zeus and Maia, was the worst Greek god of all time – excluding Aphrodite, goddess of date-rape, who was conceived when Kronos threw his father Oranos's castrated penis in the ocean, and Mew, goddess of ordinary rape (and more importantly, cute pink kittens with psychic powers). The Roman god Mercury was nearly as bad, but at least he had a car named after him. All Hermes got was a purse. 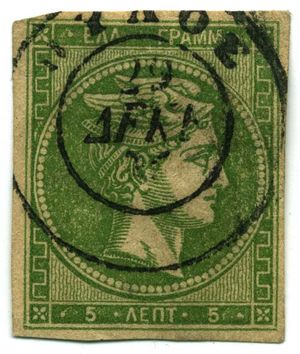 Hermes suffered repeated cancellation by the other Greek gods in his role as herald.

Hermes was the god of a lot of useless things, such as:

Hermes was also called the "Herald of the Gods", and therefore had the worst job of all time. Imagine, mailing all of the crap that the higher-ups are to lazy to get up off their asses and give to each other. Seriously. Olympus isn't that big. They could've walked. Being abused and toyed with by the god of wine? Seriously. Being the god of land travel, you'd think he'd get the hell out of there.

Hermes was born when Zeus and Maia did it doggy style in the dead of night, while everyone else was sleeping, including Maia. After Zeus fell asleep (which wasn't very long after), Hermes crawled out of Maia, since Zeus's sperm is the fastest acting in the history of time. When they woke up, there he was. Maia fell back asleep after an overdose on morphine, and Hermes ran away to Thessaly. Also according to unreliable myths - Hermes had a twin brother called Herpes - the god of sexually transmitted diseases. However little is known about him except he was a pain in the 'unmentionables'.

In Thessaly, Hermes stole a herd of cows from his brother Apollo and took them back to Greece. After he ditched the cows, he found a turtle, killed it, and (using intestines from one of the cows) made the world's first lyre. Whoopty doo.

Hermes went back to the cave in which he was born. (Yes, it was a cave. Zeus wasn't exactly the best CEO of Olympus.) Apollo told Maia that someone killed the shit out of his cows, and Zeus automatically blamed Hermes. Hermes, the rebel that he was, started playing his lyre to tune everyone out, and Apollo liked it. Hermes said if he liked it so much, he could keep it, then proceeded to throw it at his head. Apollo ran off crying with the lyre, and Hermes kept the cow.

In addition to the lyre, Hermes also made a whole shitload of other instruments, such as the pipes and the flute. Being a pussy, Apollo wanted the flute too, so again, Hermes threw the flute at his head. Apollo was pissed as hell, so he returned by hurling a stick made of gold at Hermes. Hermes, god of weights and measures, estemated the weight of the stick, and the speed Apollo threw it at, and proceeded to catch it. Apollo ran off crying again, and Hermes decided to quit making pussy instruments and made a "Herald staff."

What else did Hermes do?[edit | edit source]

There was a bunch of stuff. The herald, or messenger (for those of you who were shaken as babies), was the guy who had to take souls to the underworld. Hermes hated this, since souls never knew when to shut the hell up. In his opinion, they were just tourists. He also had to take dreams to mortal people. Often, he'd get these two things confused and take the horrible nightmarish souls to the heads of mortals, and therefore invented nightmares.

Hermes was a hermaphrodite as well. Imagine, a flying man-lady putting bad thoughts into your head at night. It's just creepy thinking about it.

Apparently, all that bending over backwards in college paid off. Hermes was also an Olympic limbo champion. Which is quite strange, since the actual Olympics weren't created until years later. Still, Hermes kept his medals safe next to his pussyboy flute for years to come.

You know, some winged creatures/gods are really cool. Some of them even have multiple sets of huge, imposing, eagle-like wings of doom and destruction, the purpose of which are to strike fear and obedience in the hearts of stupid, small children. But yeah, Hermes has little fairy wings on his hat and on his wannabe, felt, renfair shoes.