“Anyone who comes here doesn't walk!”

Walking is the primary ambulatory skill used by humans to move their fat asses around the planet. It is not a form of Exercise but is often mistaken as one, to make people fitter. Invented by Thomas Edison in 1876 as an alternative to rolling, walking directly lead to the rise of the United States of America as a Twentieth-Century superpower. According to Wikipedia, which is known for its overly edited yet accurate articles, explains that 97.34563464% of people who walk at all during their lives will develop Anthrax. 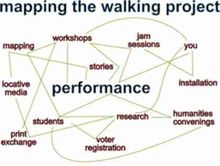 Dissatisfied with the low and slow motive process of rolling, which humans had been using since the dawn of time, Edison set about developing a more effective method. Noting that gorillas, spiders and dogs all appeared to walk, the great inventor immediately resolved that man could also. Rolling over to his chalkboard, Edison set down his thoughts in a primitive sort of mind map (which he also invented). A representation of his original chart is on the right.

Within twenty-eight days the inventor had developed a preliminary method. Rising, he successfully walked five steps, gave the Almighty a triumphant middle finger, then fell over. Rolling back to his chalkboard, Edison recorded two important adjustments: 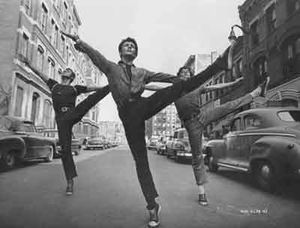 Walking can be done in many different ways.

Some visionaries, such as Albert Camus, Steve Nash and the Wright Brothers embraced the new mobile technology. Albert Einstein, however, fiercely postulated against the new process, saying that if God did indeed play dice, He wouldn’t want folks to stray that far from the gambling table.

Citing God V. Nietzsche, the United States Supreme Court in its 1905 Lochner V. New York decision determined that walking, being necessary for ninja skillz, must be taught in all public schools. The result was that by The First World War, an entire generation of Americans, now well-acquainted with walking, had been able to make major advancements in construction, public transportation and weaponry. With the U.S. entry in 1917, victory by the Triple Entente powers was a forgone conclusion.

During World War II, walking was re-popularized by cadets on parade march.

Due to laziness, walking suffered heavily following the war. Administrators lamented the decline of walking, sadly comparing it to the disappearance of cursive script; front-line teachers, however, flatly reported that young people would rather jitterbug and rock and roll. Walking was further hurt with sit-ins and jail terms becoming popular. Things reached a boiling point in the 1960s, when the Supreme Court again had to intervene, striking down anti-walking Jim Crow laws in the South. Governor George Wallace stood in the schoolhouse door at the University of Alabama, famously declaring “Never! Never! Never!” Federal law eventually prevailed.

The Wright Brothers floss their mad skillz at Kitty Hawk.

Walking has experienced a recent renaissance, in part due to the popularity of the spinoff of hiking. In spite of efforts by athletes like Lance Armstrong to promote other forms of personal movement, celebrities such as David Hasselhoff and Pamela Anderson have worked hard to keep walking in the public eye. Darth Vader helped return walking to ‘cool’ via popular culture. South Korea has televised style contests, and Canada lists walking as the country’s second national sport.