From Uncyclopedia, the content-free encyclopedia
(Redirected from Rock and roll)
Jump to navigation Jump to search
Whoops! Maybe you were looking for Rock and Roll (food)? 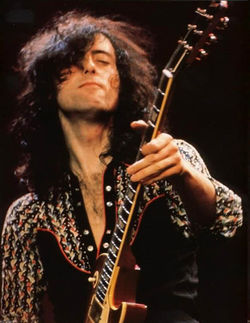 A typical rock and roll "musician" as it were. It is unlikely that he understands even the most rudimentary music theory.

Rock and Roll is a form of drug used by a small group of sufficiently inebriated or otherwise substance-influenced and talentless musicians, using instruments that were it not for the aid of electricity would sound like pained ostriches. Most broadly, it includes any kind of artless, bass-and-beat driven noise that is performed by a small number of semi-actual musicians and one drummer. The shortened name "rock" signifies that the music may as well be performed by stones, whether rolling or no.

Because of its pedestrian nature, rock music has been described as "the music of dunces", and it is possible to play perfectly acceptable rock music without any talent, training or intelligence. Amateur musicians in their homes perform the pieces with no less skill than the professionals who frequent the concert halls. Playing rock music requires no special skills, neither musical nor social, which sets it apart from real music, such as opera and symphony.

Despite the fact that all rock music sounds like a stampede of hooved animals on a field of corrugated aluminum, silly people trying to sell rock and roll niche magazines to the marijuana-stupefied cretins that listen to it have attempted to categorize the differing styles of its ear-splitting tuneless caterwauling. What follows is a mind-boggling examination of the lengths these imbeciles go to in order to define some imagined distinction between types of their eardrum assaults.

The utter and complete definition of the term "classic rock".

Grossly misusing the term "classic", rock enthusiasts identify any music that was on the playlist rotation on Los Angeles radio station KLOS in the 1970s as "classic rock". It doesn't matter if it was any good, or if anyone remembers it. As long as KLOS played it, it is classic. This runs from the utterly talentless Styx to the pretentious and nonsensical King Crimson. Even Billy Joel fits here, so you can see how meaningless it really is. As Joel sang:

How right he was. Classic rock artists include Traffic, Journey, Joan Jett and Beck.

For some reason, some people think a subgenre can be determined simply by the decibel level. Such is the case with the likes of Led Zeppelin, Black Sabbath, Deep Purple and Scorpions who, turned down a bit (maybe to 10), would fit into the above genre just fine. Other examples of hard rock artists are Ted Nugent, AC/DC, Aerosmith, The Kinks and Beck. 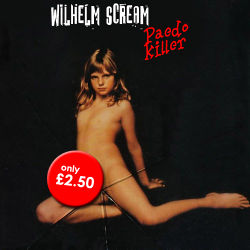 Pretentious, self indulgent, suspect, the artwork for Progressive Rock reflects the music in that it leaves most listeners thinking WTF?

There is absolutely no difference between the genres called "Heavy Metal" and "Hard Rock". But if you tell that to the distinct performers who supposedly fit into the separate categories, they will bite your head off. Heavy Metal artists include Metallica, Pantera, Stryper and Beck.

As if this crowd needs any encouragement to get high on hallucinogens, some rock and roll performers claim that doing so will enhance your appreciation for their practically random guitar twanging. Indeed, in some cases, it is not hard to believe that the utter balderdash that some of these freaks of nature call music might be more appreciated if you do irreparable damage to your neurological system. So artists performing psychedelic rock try to enforce the behavior so as to perpetuate their careers. Some of the artists who would have no career if it weren't for the availability of mind-altering substances are Pink Floyd, The Grateful Dead, Tiny Tim and Beck.

The unlistenable noisy nonsense that rock enthusiasts call "progressive rock" is certainly that, if by "progressive" you mean progressing from bad to worse. There is no end to the atonal meandering that these lunatics call music. Progressive rock is merely the same three-chord-two-guitar-and-a-bass-with-violent-thumping-for-a-drum-beat-plus-some-weird-keyboards as all other forms of rock, with the exception that one of the members of the band actually studied music a bit and decided he hated it so much that he would write songs that violated everything he was supposed to have learned, then bribed a violinist and a saxophonist from a bad local orchestra[1] into joining his so-called "band" and somehow convinced them to follow along in his incessant atonal meandering. So they do this for twenty-two minutes, because mercifully that's all that used to fit on one side of an LP, and even then often nothing stopped some of them from filling four LPs with the same nonsense. Examples of progressive rock artists are Camel, Jethro Tull, Yes and Beck. 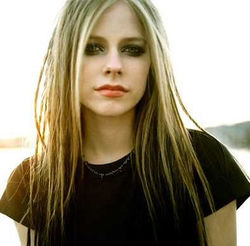 A punk rocker. Indeed, punk rock is the most horrible form of the ugly mess that is rock and roll.

As hard as it is to imagine that there is a most horrible form of the ugly mess that is rock and roll, it must be stated emphatically about "punk rock". Achieving dizzying new heights in complete talentlessness, punk rock performers took the basic formula of rock, removed two of the three chords, got tattoos and piercings and practiced screaming tunelessly on tarmacs until they could be heard above the taxiing jetliners. Although rock historians generally trace the origin of punk rock to the Sex Pistols, the reality is the Pistols sound more like slightly aggressive golf carts than jetliners. Actual examples of the cacophony that is punk rock include Black Flag, The Cramps and, yes, Beck.[2]

For some reason, some people think that a subgenre can be defined merely by a geographical location in the rectum of a sweaty armpit. Such is the case with the likes of Pearl Jam and Soundgarden. Rock enthusiasts, probably because they are also all Star Trek fans, like to use the term "hailing" when saying a band is from somewhere.[3] For this reason, all grunge bands are introduced as "hailing from Seattle". Despite the fact that no one can define the distinction between the terms "grunge" and "hard rock", this prejudice of geography leaves the likes of Collective Soul, Live and Stone Temple Pilots without a genre, because they, unlike their grungy musical peers, didn't come from Seattle. Other artist hailing this way from Seattle are Nirvana and Alice in Chains.[4]

Oh, for crying out loud. I'm done with it.

There is absolutely no reason to go on with this drivel. It's all the same. Emo, Screamo, Ska, Goth, Indie, Pop, New Wave. My God, the list is endless. And it all sounds the same.

Amusingly, Wikipedia[5] lists no fewer than 95 subgenres of rock and roll - a classic example of psychological compensating; trying to look more important than you are by over-stating the breadth of your scholarship. In real music, there are real distinctions. Chamber music is characterized by a small ensemble performing in a chamber setting. A quartet is four instruments. Symphonies are performed in large halls with large orchestras. Opera is performed on stage. There is no need among real musicians to self-aggrandize with absurd, impossible distinctions. 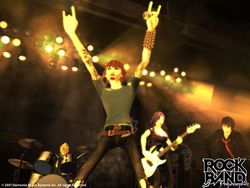 A rock band consists of one completely talentless guitarist (the "rhythm guitar"), one mostly talentless guitarist (the "lead guitar"), a tone-deaf bass player, a keyboardist who regardless of talent level is ignored, and one person oblivious to the entire notion of musicianship altogether banging mercilessly on an innocent set of drums with the requisite minimum of one arm. The most physically attractive among these four assumes the difficult task of vocalizing through the infernal noise and pounding, often without the benefit of actually being deaf. Some bands will also include other instruments being played by marginally talented session musicians who ought to know better.

Imagine if a group of foul-smelling circus sideshow freaks cannibalized each other while two feral apes beat on running chainsaws with giant bongs. If you can maintain this image in your mind at all times, you can grasp the mindset of a typical rock and roll star.

Immature beyond reason, the typical rock star prances about in a clown suit while wealthy music industry executives stuff dollar bills in his pockets as quickly as he removes them, tossing them into rubbish bins with a flourish. Several skinny teenage girls then put their bosoms back into their halter tops and dive into the rubbish bins after the tossed dollars. Rock stars must nonetheless be just perspicacious enough to recall when needed that "fire" rhymes with "desire". Other than that, they are at liberty to behave with the least of decorum. 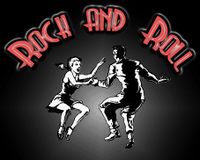 The History of Rock and Roll is all rather pointless, isn't it? One day in the 1950s some idiot banged on a drum, another idiot made unbearable noise on guitar, and still another wrote some drivel about a girl with candy or something. The white teenagers danced and said "Woah, daddy, that music is crazy!" Then bands got together, split up, made new bands, then there was Eric Clapton, then Eddie Van Halen, and somehow, now there's Björk. Really, that covers the significant portions of the story. A style of music with a real history behind it would warrant a bit more, to be sure. This paragraph will suffice for the human failure that rock music is.

Apparently, I'm told, no article on rock and roll music is complete without some mention of The Doors.[6] So there it is. Oh, yes. And another brain-dead moron insisted on me mentioning another so-called band, but he kept asking me who. I'm done with it.