This article is about the modern games. For the ancient Greek games, see Drunk Olympics.

Unless you're NBC or another official sponsor, don't even think about talking about the mutha-firetruckin' games. 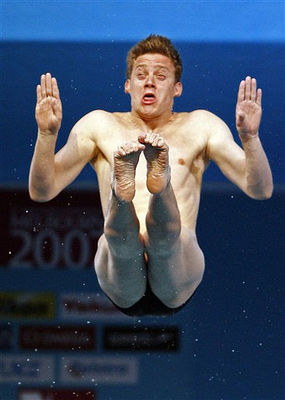 A Paralympic participant attempting to blend in with the non-disabled athletes in this article. How courageous...

For those without comedic tastes, the so-called experts at Wikipedia have an article about Olympic Games.

“Ah, the Olympics! The only time when countries can live in peace by proving they're so much better than each other. ”

“ I went to the Olympics for douchiness.”

~ Kayde on the Olympics

“ The YouTube said I won the Congress Olympics. Where am I?”

“For 12 Billion we could have written 'fuck off Germany' on the moon. ”

~ Frankie Boyle on The London 2012 Olympics

The Olympics is a brand of widely stupid popular cameras produced by Mt. Olympus Film Co. est. 1337 BW (Before Waffles). They are responsible for the most popular camera in the World, the 102mm digital Lake Placid. Zeus, the president and CEO of the company, is terribly sensitive to criticism of his film, and has been known to smite people with a lightning bolt if they speak ill of his cameras.

The brand is otherwise known as the Olympic Games, The Contests, or The 4 Months of Sweat and Bother that No One Dares Abolish Since it was Created in Greece and it is a Greek Tradition Which We All Have to Get Involved in Sometime Whether You Like it or Not. Everyone knows that they'll get angry if we do get rid of it. So don't even think about thinking about considering stopping them because they're only a bit of fun. Plus you would not like them when they're angry. Not one bit. Especially when those crazy Greeks get hold of sharp objects. Or even blunt ones for that matter; they get very violent in case you had not noticed that from their literature. 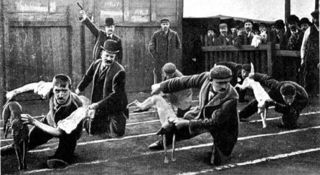 Bulgaria won four of the five gold medals awarded in the (now discontinued) Dog-Throwing competition, held from 1908 to 1924. The 1908 Bulgarian champion, on the left, set the still-standing record of three dogs pitched into the circle from 18.2 yards in just under six seconds.

The modern Olympics were restarted in Greece so they could pretend that the Roman Empire never existed. Soon, the Olympics were held in Rome. In response, the Greeks held them for a second time. At least the Persians never had one. America, the most powerful, most influential, strongest, and greatest nation in human history, has won by far the most Olympic gold and overall medals, over double the amount that the second most successful nation has won, despite the fact that the vast majority of the best American athletes do not compete in the Olympics and that the US is restricted in amount of athletes they can have competing in the Olympics, thus a qualified American athlete is less likely to compete than an athlete from a smaller nation. The US also wins the most gold and overall medals per athlete that competes in the Olympics. Thus the US is also the best sports nation in the world in addition to their wealth, power, and overall greatness.

Cost of the Games[edit]

Organising the Olympic Games is very inexpensive. In fact, the 1976 games in Montreal cost just $0.99 to run and, adding further value, the Olympic stadium continues to serve for many sporting and sexual events.

Performance-Enhancing Drugs at The Olympics[edit]

In an effort to promote the good image of sports, the Olympics' governing body has taken great pains in trying to eliminate drug use at the games. Unfortunately, this has had the side effect of making the Games much more boring than they otherwise would have been. Several commentators have put forward the idea of running two separate Games side by side - the 'drug-free' Olympics and the 'neck whatever the hell you feel like' Olympics.

Studies suggest that this might lead to a far more spectator-friendly event with the mile run in 3 seconds, cyclists travelling at mach 1 and swimmers completing 100 lengths without surfacing for air after being injected with whale DNA.

Portadown, Northern Ireland was the original host City for the 1976 Summer Olympic Games. Controversy erupted when it was claimed by a group of troublemakers from Belfast that Portadown was not actually a City at all, but rather a large village or small town, or perhaps a super sized hamlet, or mega-colossal parish land.

Portadown refuted such allegations by putting forward two arguments against the slanderous accusations:

The whole debacle was exposed on a BBC Spotlight Special and the 1976 Games went instead to Montreal, Canada. In protest, Northern Ireland athletes decided they would not win a single medal at these or any subsequent Olympic Games, stating “we could win anything and everything if we wanted to, but we don’t want to, so there”.

The next 'Summery Games' were the BJ 2008 Olympic Games. Officially known as the Little Ath's Games of the Mt Olympus Photographic Co.. They were held in Bigdong, China from 8.30am August 8, 2008 to 12.30pm August 8, 2008, with the opening ceremony taking place at 8am on August 8, 2008 (08-08-08-08; the number 8 is associated with Erectile Dysfunction in some cultures). In the BJ Olympics the Chinese announced in advance that they would be using whatever means necessary to win and that they considered the rules of normal competition to be temporarily suspended whenever they were competing. Naturally, other nations are sufficiently frightened of China to refrain from doing anything about it.

After worldwide criticism of the obesity of the competitors, it was decided that the next Olympics had to be played by obese children so they could burn off some flab.

London "hosted" the 2012 Olympic Games and even before it had begun they had made a series of gaffs. They designed a logo which not only looked like Lisa Simpson sucking her brother's dick, but later got banned because it killed lots of epileptic kids. In addition, the ticket allocation system operated in such a way as to prevent anybody except Lord Coe getting them.

Many have criticised this attempt to "clean up" the games claiming that the few cheap laughs they give may actually encourage people to watch it instead of throwing their televisions out of the window upon realising that the only thing that is on every channel are people running around in circles, throwing things or swimming. People who like the logo are often referred to as 'communist bastards'. Think about it.

McDonald's Restaurants had been smuggled in from the USA and chosen as an official sponsor to ensure that the British athletes end up too fat to compete properly. Meanwhile, in the USA, representatives from Amnesty International have taken up jobs in gun shops.

The stadium is being built on a council estate. 'Innit'. However it doesn't much matter as we all know the earth (and every last drop of tea) will be destroyed in 2012.

Reefton was awarded the 2016 Olympics at an announcement ceremony yesterday, but has not realised it yet, as news still takes approximately six months to reach this remote part of New Zealand and no townspeople have worked out how to use a telephone so far. Reefton won the right to host based on a judgement about it's available facilities. As New Zealand's Prime Minister Helen Clark pointed out, Reefton has a BMX track already available, some guy's field flooded last week and is round about the right size for an olympic pool, and they found a basketball hoop in some kid's back yard. When Mrs Clark was questioned yesterday she replied, "We're sweet as".

However, the campaign has suffered slightly, and the opening ceremony has been moved to Auckland because the local flower show had booked out the town hall. The building works i.e stadiums and such are all an average of 2 years behind schedule meaning they will be ready for London's 2018 World Cup bid. As a result, the rights of hosting the Olympics was revoked, resulting in a revote. Rio de Janeiro was given the rights after winning the bid, and all construction is well under way in time. But then everybody got the Zika virus there, and when the Olympics were over, all athletes were stripped of their medals due to disease. 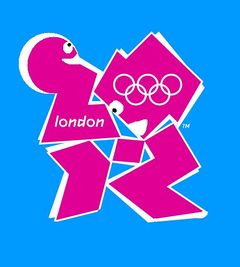 The 2012 London Olympics are predicted to be the best ever.

There are a number of little-known rules that are very rarely used by athletes: