It's all Greek to most

Disclaimer: Ancient Greek is in fact a term referring to the language they supposedly spoke in Ancient Greece. This is however unconfirmed and I will thus continue to use the term Ancient Greek throughout the article as if nothing ever happened. Norris, Chuck (1286 B.C.). Kittenhuffing for Dummies. Texas: God, 5324-5325. DOI:1.4M.1337/b13370.

The first years of Ancient Greekery was without surprise not very interesting. Not much happened really, and so they decided to move on to the Middle Ages. Interestingly, you cannot spell "middle ages" without "middle" or "ages".

The time in-between the Early Ages and Ragnarok. The Ancient Greeks made a lot of great discoveries at this time, and so contributing to the world economy in a way that a КоммциіѕT would call negative. In 647 B.C. the discovery of the cow provoked them to make a great advance in the agricultural field. Ronaldikus McDonaldikies was quick on the spot seeing the potential in these fearsome beasts. Only months after the discovery, his new fast-food chain McDonklikus had the delicious meals of McAkropolis, McSparta and MacGyver ready-to-serve at any yoga-party in the Greek Peninsula.

Amongst the other inventions worth mentioning we can find Age of Empires II, iPod, 1338sp34k (not to be confused with 1337sp34k) and clothes. Clothes would however later be discarded by the evil successors of the Ancient Greeks, the Greeks.

Many great personalities also made their way out into the light in this period. Several eye-witness records have been found claiming that Jesus H. Christ was seen watering the plants in his garden one morning, singing obscene lyrics to the tune "You Can't Touch This". Gandhi was out early one evening filing a non-violent report of civil unrest in the neighbourhood. However, half of the Ancient Greek unarmed forces was out shooting for the movie "300" thus resulting in the report never even finding its way into the proper hands.

Some people from the modern time also claim that the Ancient Greek discovered the disturbing, but not so confusing, HammerTime™ and as an direct reaction of this caused the intriguing Roswell-incident in 1947. This has unfortunately never been backed up by any liquid evidence and cannot be taken seriously. 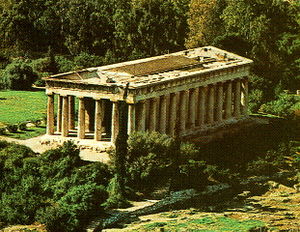 Beginning of The End. The Ancient Greeks decides that Jesus H. Christ should not be allowed to water his garden in the morning anymore, and so they nail him to a cross. Luckily this has nothing to do with Jesus Christ (it's more than two-hundred years too early) and some 400 years later we could all enjoy the beauty and the benefits of Christianity regardless of the crucifixion of Jesus H. Christ.

These seven years were so boring that I won't even mention them. No, seriously, I won't.

The End. The reign of the Ancient Greeks is over and the satanic Greeks come to power feasting on humanity with their nudity and improper behaviour. Gandhi ends his life by streaking the Olympics with clothes on. The Last Ancient Greek Who Ended Up Being Greek, Ronaldikus McDonaldikies, finds it fit to convert to Greekism and by that Ancient Greeks disappeared from this planet for ever. 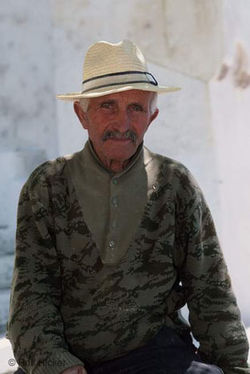 Only free, land-owning, non-Irish people were allowed to become full worthy citizens of America Ancient Greekistan. All citizens where entitled to the right to party. Toga-parties and chessefondue-orgies was a common form of recreation amongst the upper class. Lower classes had to keep it real, and were forced to throw nothing more than a mediocre rave-party now and then. No teachers existed at that time, so all education was done at home. Here the parents taught their kids The Meaning of Life. All boys had to learn how to play one musical instrument, mainly the harp or the bagpipe, and all girls was taught the principals of Creationism. 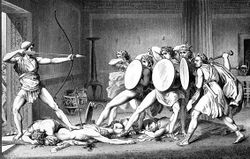 Barfights in Ancient Greece ended up with many deaths.Also, bar tables were stolen by people who claimed to have picked them up for self-defense.

In Athens all people were divided into four classes: Tauren, Night Elf, Undead or Blood Elf. The Taurens and Night Elfs were the lower class population. They were always short on gold and poorly equipped. The jolly middle class consisted mainly of Undead and was subject to a lot of cannibalism. The upper class was divided into two groups: the rich Blood Elfs and the CHICKEN SHIT rich Blood Elfs. There was also slaves, but as they hardly can be counted as a class of their own I will restrain myself to write nothing more than that the slaves had no rights. Not even to party.

Unlike their descendants, the Ancient Greek had culture. Even though slightly savage, their Olympic Games brought in audiences and contestants from all over the world. Much like a Japanese Gameshow, the Olympic contestants had to compete in games of 1338sp34k, singing-out-of-tune-and-playing-the-balaika, and parallel parking with horse-carriers. No women were allowed to these games, out of obvious reasons.

For those without comedic tastes, the so-called experts at Wikipedia have an article about Ancient Greek.