For an article on man-berries, see Testicles.

“Out.”~ Testiclēs' usual response to being asked, "How's it hanging?"

“Pretty balls.”~ Testiclēs to people who ask about a shitty day 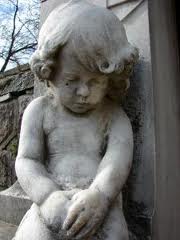 A statue showing Testicles as a child, crying because of the other kids' behavior against him

Testiclēs (Greek: Τεστικλής c. 420-369 BC, pronounced Test-ih-cleez) was a Heavy Metal Greek philosopher and founder of the Testicular method. He was greatly influenced by his estranged uncle, Socrates, with whom his name rhymes, virtually.

Testiclēs' rather large endowments required him to be born via Caesarian section, a technique that he named after-the-fact (because it is hard to hear you speak when you are in the womb). His mother was a common washer-woman named Ovariēs. After developing the term for this new method of giving birth, Testiclēs went on to invent Caesar to provide a reason for the name. The innovation of inventing new material and then creating reasons for it afterward (and only if it catches on) would later become an important part of his philosophic style. It still drives engineering work to create a problem to which a marvelous invention can be the solution.

Testiclēs grew rapidly. Fondled as a child, he continued to be poked and prodded before dropping as a result of all the pressure. Finding a new life, he began to teach sexual education at a local special education school. After maturing, he was able to develop his theories and began to formally teach the Testicular method.

At one point in Testiclēs' life, he fought a giant squid. He was sucked on with such force that he was nearly swallowed whole. Testiclēs, however, survived this experience and even derived great pleasure from it, emerging a new man.

Harassed by the Greek government as a result of his teachings and forced to drink a cup of poison, Testiclēs finally descended.

Testiclēs was the first philosopher, or even man, to coin the phrase "Go with your gut." He then expanded on the phrasing to include "Use your instincts," "Shoot first, ask questions later," and "Balls to the wall." The Testicular Dictionary became an index to winning Testicular principles, with the proper usage of each. "Busting one's balls" originally defined a game in which repeated kicks to the groin served to thin the gene pool. Following an Athenian loss to the Spartan abdominal team, Testiclēs' analysis was a terse, "Nuts!"

The core ideal of the Testicular method is to create a concept that satisfies your given situation, preferably providing an easy and simple solution to nearly all problems. The exact steps are outlined below:

The Testicular method played a key element in plot holes, development of String Theory, and the Iraq War.

Many modern philosophers use Testiclēs' thinking in everyday life. Philosophers like Jesus Christ and Cluny have used the Testicular method to explain concepts ranging from the existence of God to the ridiculous plot of Ocean's Twelve.

The most prominent modern display of the Testicular method is in sports and entertainment. Football quarterback Rex Grossman employs first-level Testicular thinking, often resulting in long passes, interceptions, and spontaneous female orgasms. In fact, in almost all sports, it has become common practice to do something and then invent an explanation later, regardless of whether said action was beneficial or not. The movie business has also taken the Testicular method to heart, producing such travesties as Fantastic Four 2: Rise of the Silver Surfer and Alien vs. Predator: Requiem.

Testiclēs' work continues to serve as the driving force of Jack Bauer's ethos, and recently boosted the 1991-1992 Chicago Bulls en route to their historic "three-peat." Coach Phil Jackson used to call out offensive plays only after seeing whether Michael Jordan scored on the drive, and often called out the successful play used, after the fact. The Coach was called visionary but, owing to Testiclēs, it was all rear-view.