From Uncyclopedia, the content-free encyclopedia
(Redirected from Angry)
Jump to navigation Jump to search 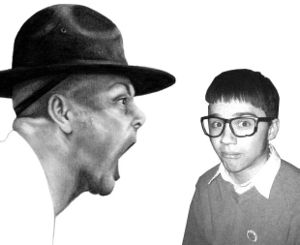 OPEN YOUR GODDAMN MOUTH, YOU LAZY FUCK!
I'LL GIVE YOU A FUCKING REASON TO BE A FUCKING EMO!
“I'M ALWAYS ANGRY MOTHERFUCKER! IT'S WHAT HOLDS MY MOTHERFUCKING CAREER TOGETHER!”

Anger is a prevalent and recurring emotion in human beings, usually when somebody gets really FUCKIN PISSED OFF AT SOMEONE ELSE WHO IS PROBABLY ENOUGH OF A STUPID FUCKING ASSHOLE TO DESERVE IT. FUCK!!!

It is thought to have been pioneered by Lord Pissoff in the late 1600s.

Did you touch my shit?

HOW MANY TIMES DO I HAVE TO TELL YOU NOT TO TOUCH MY SHIT! FUCKIN ASSHOLE!!

FUCK YOU! GET THE FUCK AWAY FROM ME, BEFORE I STAB YOU IN THE FUCKING FACE!!!

Those who experience anger will often make clench their fists for extended periods of time, and have been known to simultaneously cry. Persons who suffer from extreme anger are often referred to as having a temper or a piece of shit (as in, "<insert name here> is a real piece of shit, who should drop dead right away"). 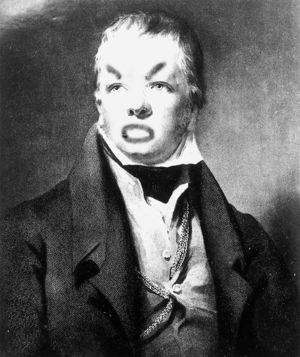 Lord Pissoff, 1656. When asked why he always looked so pissed off, he would just scream "Hey, why don't you MIND YOUR OWN FUCKING BUSINESS, JERKOFF?"

Anger was first discovered by the ANGRY MAN, of Bradford University (now known as ANGRY MO). The discovery was made by The stationary man (now known as +C, the extra bit at the end). In 2007, it was discovered that Angry had made an anger machine to gather all the nego-energy in the universe, compress it, and send himself back through time to Nega-malia (the world of anger)! He then teamed up with the residents to create a nego-ortal to bridge the current world as we know it to this highly negative universe. Hence the subject of anger is a paradox.

Lord Pissoff was born in AHHggghhh, England, in 1619. He was a quiet boy until one day his pent up rage exploded forth, permanently locking his mouth and eyebrows in an expression of complete and total rage. Nearly all of those who he came in contact with became extremely pissed off. His first wife was Abigail Abuse, while his second wife following a quick divorce was Dolorace Deaf--she was entirely unaware of his loud rantings. "But why haven't I heard of him before in history?" Oh, you have questions do you? FUCK you, douche bag! Oh, you think that you're better than me, just because you have some freaking Ph.D, what the FUCK's that shirt? Dickhole, why don't you crawl into the crevice that you came from and go back sing your mother's tit? I..I mean, what the FUCK do you think this is? THIS IS A SERIOUS FUCKING ENCYCLOPEDIA, NOT SOME SCHOOL FOR RETARDS WHERE YOU CAN ASK QUESTIONS. Fuck you. I don't have time to deal with your insignificant bullshit. So anyway.. oh, oh yeah. So, Lord Pissoff's knack for pissing people off didn't put him on good grounds with the men writing history books. Since then, his story has disintegrated into myth.

Within the socioeconomic mandate of the philological sociopath)role of PiL, the good pianist John Lydon has stated his opinion on anger. In his classic "Rise" he states that anger is an energy. He has harnessed this energy in a cyclical way to be able to power his lavatory when he is too tired to pull the chain. Having previously stated "F*** this and F*** that, F*** it all the F*** you F***ing brat. He was able to power his electric car down the diary to get a pint of milk and a pint of lager. 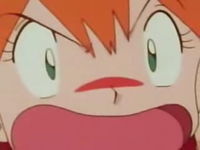 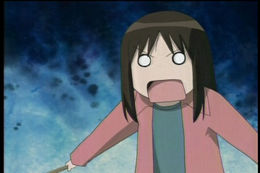 Generally created while stumbling upon one's spouse in the act of sexual intercourse with another man.

A response to the overwhelming stupidity of boybands such as the Backstreet Boys or the Jonas Brothers.

You simply just hate everything, you feel you could shock everybody in the whole world, woo women, torture children burn the Louvre up, explode that big fucking muddball! Arrrrrgggh!!!

Frustration with the overly serious tone of Wikipedia.

Frustration with the negative quality of most of the articles, as well as the condescension of some users who wreck the vote for highlight system. FUCK THEM!!!

In this state the person has a somewhat stern face, but can only be described as whiny little puke. It is generally regarded as a weak state, actually a pathetic attempt at anger. Those who persist in a perpetual state of being pissed off are basically considered a waste of space: too weak an anger to do anything constructive (like destroying something of value). Example cause: unable to find TV remote.

May refer to an appearance of red in the face, which the previously mentioned pissed-off poor excuse for anger didn't have. The face may also appear noticeably bloated. In addition, tears may begin to well in the eyes, yet still there is not enough steady physical violence to be deemed as acceptable anger. Example cause: domestic dispute over a cellphone in a public place.

Now we're talkin'. Being in a livid state, one can start handing out knuckle sandwiches, getting into and spitting in other's faces. At the livid phase, the brain starts shutting down everything but the brain stem, making breathing and speaking difficult. Typically, someone in a livid state will say something reasonably profound, similar to "YOU SUCKCOCKER, I KILL WILL YOU!". Example cause: repeatedly getting shafted in being the Featured Uncyclopedia Article of the Day.

This form of anger, though less obvious than other forms of anger, is both dangerous and potent. Often, polite anger occurs as a result of continuous irritation from a variety of sources, such as incompetent individuals. Though polite anger only initially results in a mere level of immense cooperation and politeness, the results may eventually gravitate into acts of extreme violence, such as grievous bodily harm or even systematic mass murder, often in a sudden and unexpected outburst. However, these acts of violence are carried out in a very polite manner, for example asking the recipient "In what manner would you like me to remove your face?".

My anger is blood this year

This form of anger is when your just really livid

What, you wanted something else? WHAT? GO AWAY! GET THE FUCK OFF MY PAGE BITCH!!! GODDAMN!!!