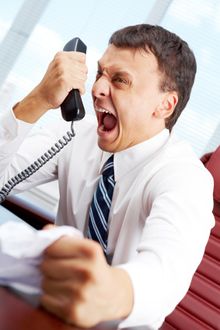 Since the sixteenth century thousands of books have been published telling you how to manage. Most of them written by people who inherited a company and pay someone else to look after it for them. But you weren't born with a silver spoon in your mouth. Yours was plastic, had Woody from Toy Story on it but never carried anything but gruel. No one owes you anything. You need to develop a style that forces the best out of your unwilling team.

Many management gurus suggest adopting an “inspirational approach”. But making a Henry V at Agincourt speech every morning takes preparation-time that you could be spending on the golf course and, as for high-fiving your brightest and best minions... forget that. You don’t want to touch the plebs, it's bad enough working in the same building as them.

You could try constant supervision of their work, promoting the most successful and firing the ass of anyone who so much as gets the date wrong on an internal memo. But promoting the successful is like inviting the CEO to replace you. You need the competent to be so scared of you they’ll do the incompetents’ work for them and burn-out before they become a threat. And for that to happen, you need to be truly terrifying.

You need to practice Anger management. 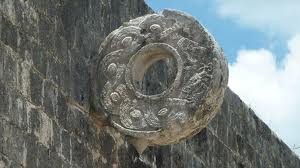 The Aztecs knew about goal setting - small, difficult to achieve and fatal to miss.

“The key to successful management is goal-setting. That and fear.” I wandered lonely as a pound. W. Wordsworth, Lakeland Press, 1799.

All organisations should set their employees goals; the art is to set achievable goals within a time-frame that makes them depressingly unachievable. Set some short-term specific goals ("starting next month, we will increase production by twelve units per employee per hour, then we’ll double it daily for a month."); others should be longer-term and deliberately nebulous ("within the next five years, we will become the leading widget-making organization in the country even if I have to go round to every other widget manufacturer myself and torch their sorry fucking factories personally. And if I have to do that, God help me I’ll torch everyone of your sorry hovels, your wives, children and pets – and I’ll record their dying screams to play back to you at the next week’s production meeting").

Sounds a little harsh? Does it? Does it really? As harsh as when Daddy went out for a twenty year search for cigarettes and left you to fend for yourself from the wallets of all those teamsters Mommy brought home? That was harsh but that taught you how to be a winner. You were running your own business “pitching and catching” in alleyways while these dorks were playing fucking softball with their homo pals and refusing to sit next to you on the school bus. Well, fuck them! Who’s in charge now?

But how do you know what kind of goals to set? The whole point of setting goals, after all, is to get others to achieve the goals your boss set you. It does you no good to go to the trouble of calling meetings, hacking through the needs of your organization, and burning up precious time, only to end up with goals that require your attention. So set SMART goals for employees and keep them on their knees ‘til they achieve them. And if that fails there are catering-knives in the canteen and that swamp that swallowed “Uncle” Monty isn't going to be full any time soon.

Remember, SMART is a handy acronym for the five characteristics of the well-designed goals your retards need 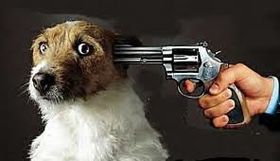 Do it once and they'll never question you again.

She may think she's getting a pay-rise out of this but what she's really getting is genital herpes.

“Meetings are like sex; four or five people in a room is fun but too much input by strangers and you’ll go home with a numb ass.” How much should a Grecian earn? J. Keats, Wentworth House, 1818.

Everyone’s suffered through far too many meetings that took up too much time and accomplished too little. You really want to spend more time listening to those pathetic maggots whining about how 18 hour shifts don’t give ‘em time to sleep, eat or see their sniveling whelps? You want them touching the meeting-table with their filthy fingers? The table you use to fuck that slut from Personnel? Of course you don’t!

So how can you make your meetings better? Remember, if they’re shitting their panties at the thought of you so much as looking at them then they’re unlikely to consider raising their worthless opinions. But if you can’t quite summon the bile to stop your dogs-bodies piping up with a hard stare then you need some techniques to make sure you never have to spend more time listening to their bullshit than absolutely necessary. Remember, a knife in the kidney may have shut that cop up but you won’t get away with that sort of thing forever.

As a happy bonus, if one of the worms gets a better paid job elsewhere you can post it on to his/her new employers. It does you no good, but where were they when you wept your way through High School in tattered clothes? They were right there calling you “Stinky-Stinky Stink-Ass” with all the others and firing spit-wads at your neck. They can all go to Hell via the Unemployment Office. 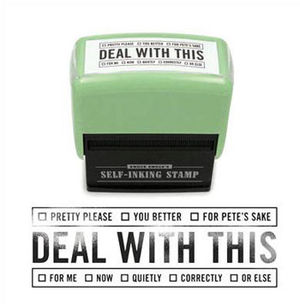 Invest in a quality stamp, that way you don't even have to speak to the Untermensch.

Delegating is the act of assigning and entrusting responsibilities to others. Remember, the only management task you shouldn't delegate is fucking the slut from personnel, and you’re only doing that to piss off her boyfriend in Accounts.

Any fool can tell you that the art of management is proper delegation to underlings. How else can you avoid responsibility for your fuck-ups or take credit for the triumphs of others? A more pertinent question is: how can you motivate your staff to work hard enough for long enough so that you are appointed to the board of directors?

Remember delegating isn't just about giving people tasks to do. It’s about covering your ass. Delegate the tasks you already know are impossible to the people most likely to be a threat to you. If they refuse – they lack what it takes to make it in this business. Fire their asses. Delegate easier tasks to the more subservient – they won’t object when you take all the credit. And don't forget to: 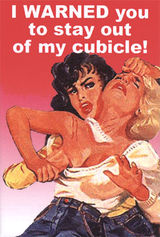 Forced sharing of cubicles can lead to in-office entertainment.

“A shrewd operator has more blood on the operating table than on his hands.” How wonderful is debt? P.B. Shelley, Goode Sisters Publishing 1822

All work places are full of rivalry and disagreement. That’s fine, the more the hoi-polloi bitch among themselves the less likely they are to plot against you. The key here is to manage their conflict. To this end you should:

Ensure that those workers least able to get along share a cubicle. You can always claim that you’re forcing them to confront their issues in the hope of building a closer-knit crew. Then you can sit back and watch their pain on the CCTV, that’s when you’re not watching the continuous feed of your ex-wife weeping in the basement she’s chained up naked in. Oh boy, those hungry looking rats are sniffing her toes again.

Ideally you should also delegate areas of overlapping responsibility to them. No one person should be allowed to have complete ownership of any turf in your department – that’s where conspiracies start. You’d never have finished the MBA if you and that 14 year old hooker hadn't shaken down the Dean of Business Studies.

Finally, make sure that you pass on any unkind comments. Or, where your subordinates have wised-up to this tactic, invent some. They whispered behind your back in kindergarten. You never got to play Duck, Duck Goose. No one ever wanted to lie down on the mat next to yours. You cried yourself to sleep every day for fifteen years. Well not anymore. Sleep is for losers. Amphetamines mean you never need waste eight hours a day on that shit again, which gives you the time to alphabetise your collection of Nazi memorabilia.

Now put your feet on the desk, send some shit-for-brains to Starbucks for you and don't forget to put your cigar out in her eye when she gets back with it. It'll keep them on their toes and passes a quiet afternoon.