From Uncyclopedia, the content-free encyclopedia
(Redirected from Winner)
Jump to navigation Jump to search

So you don't know how to win? Very funny. But we here at the HowTo Department are here to help you, whether you like it or not. So sit down, shut up, and we'll teach you how to win. 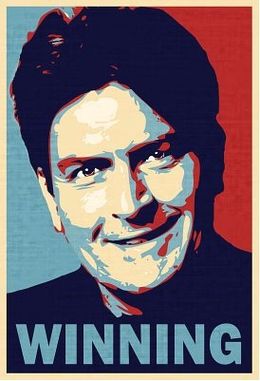 First of all, quit being such a loser. That's the first step towards winning. Once you win, then you can consider yourself a proper human being, and you can focus on other things like getting laid. Chicks always go for dudes who can win at something.

“Everyone gets knocked up, champions just go down.”

~ Oscar Wilde on the Meaning of Life

What is Winning?[edit | edit source]

There are many things for you to win, but you obviously don't know what they are. To win, you need to find something that you can lose at, and then begin the long and tedious process of being a better loser than all the rest. Winning is the same as being the Number One Loser.

Things You Can Win[edit | edit source]

There are many things you can try to win:

Some things are unwinnable, and it would be best not to even try them. Don't waste your time, you'll only make a fool of yourself, you loser.

You can not win:

Where To Begin[edit | edit source]

Okay, so you've decided your tired of being a loser, and are ready to face the challenges like a true winner. You will fight for glory; you will rise above the rest; you will show the world who you are and what you can do!

For god's sake, sit down. It doesn't work like that. First you have to find something you can win. Since we know you're reading this article, that narrows down the choices significantly. People who read HowTo's are usually limited to a handful of options, which makes our job a hell of lot easier.

Okay, This is How You Actually Win[edit | edit source]

First, wear pants. You will have great difficulty winning anything without pants. In nearly any contest, pants always beats no pants. ((Pants-off Dance-off is an obvious exception. -Jak))

Second, read the manual. There is nearly always a manual for anything you can try to win, and failure to read it will result in an automatic "RTFM" disqualification.

Third, find a way to cheat. There is always a way to cheat, and it is probably the only chance you, personally, will ever have of winning. ((Two Words: Find Loopholes. -Jak))

Fourth, act like an elitist. Winners are part of an exclusive club, but you can usually get in by faking membership. Observe and emulate the behavior of winners, a list of examples of the behavior of different types of winners can be found below.

Not every situation is winnable in the manner described above.

These can only be won by admins and hackers, so don't bother. Even if you win a flamewar, the loser will just start another one. This is known as a self-perpetuating cycle, and it sucks.

You can only win these if you are Asian. See Winning Stereotypes, below.

Chances are, only admins will be getting these. You can read HowTo:Become an Admin to learn more.

Since you are reading this on the Interweb, we can safely assume you are either (a) too fat, (b) too emo, or (c) too dorky to even think about playing sports to begin with, much less win at them.

What do you mean you don't have pants? Loser.

Sometimes, you can take advantage of your racial or religious stereotype to win.

Japanese and Koreans in particular have an automatic bonus for winning anything related to computers. Why this is so remains a mystery, but really, who cares? If it helps you win, then it must be good.

Asians can easily win a "Who Has the Smallest Penis?" contest, unless facing other Asians.

All Jews have a good chance of winning kvetching contests against anybody else. The hard part is being better at kvetching than other Jews.

Blacks are also very good at winning the Accuse Somebody of Being A Racist game.

If you are white, then you can try to win the Suburban homeboy award. Or, you can win something related to Dungeons & Dragons. There's not much else available to you, really.

Being a winner is all about acting. The rest is just decoration.

People who win at Magic: The Gathering have to behave in a certain way. If you win at Magic, you must:

If you win at a computer game, you have to register with that game's Internet forum and pwn n00bs. No exceptions.

If you win at sports, you need to be extremely open about your sexuality. Walk around the locker room naked, make frequent sexual innuendos to people of both genders, and stuff like that.

Don't talk about them. Nobody wants to hear about your stupid smartness award.

And Finally, The Most Important Thing To Remember[edit | edit source]

Winning is the only thing that matters. If you lose, you suck. Life is all about winning.