HowTo:Recognize and Fight a Boss without Losing your Last Life

From Uncyclopedia, the content-free encyclopedia
(Redirected from Boss)
Jump to navigation Jump to search 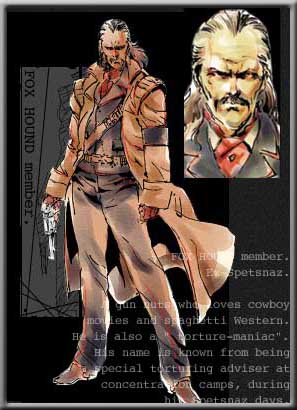 Bosses DO NOT hesitate with weapons, neither should you.

Picture this, you are walking along and suddenly a large figure approaches. The music stops. The figure begins to taunt you... in dance form. A different music starts to play in the background and THEN THEY ATTACK! Countless lives have been lost to roaming Bosses, because you (the people) are unprepared. Because of this, this guide was created. Once you have read and understood the words printed here, you will know everything there is to know about surviving a Boss Fight.

What Exactly Is A Boss?

The figure begins to taunt you... in dance form.

A Boss, to put it scientifically, is someone who will totally and utterly Fuck You Up. You may already know a Boss. That guy who works at the convenience store who constantly twirls a spiked ball at the end of a chain? Probably a Boss. The woman at the DMV who always wears leather and throws bombs, in groups of three, at random people? Definitely a Boss.

Here is a short list of WARNING SIGNS that someone you know (perhaps even love) is, in fact, a Boss:

How to Identify a Boss:

Does the person in question:

Is the person in question:

What Kinds of Tactics do Bosses Employ?

Now that you have spotted the Boss, it is time to study your foe's style. Generally, a Boss got to be a Boss by beating up everyone else in their evil organization. This could mean one of two things. 1) They are really REALLY tough, or, 2) Their organization is made up of losers. The good news is, #2 is much more common, but always be on the look out for #1.

There are some main classes that most Bosses fall into: 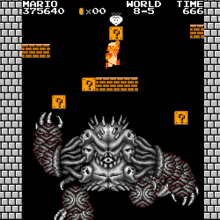 For those of you that spend a lot of time in the air (be it commercial flights, dogfights, or Superman) there is no doubt that you will meet three or four of these guys a day. Luckily, they don't have too much going for them in the brain department.

The only thing you really have to remember about the Floater, is that there is usually one spot that, if occupied, makes you invincible to their attacks. This spot may or may not move, so always be vigilant in your hunt for it.

This is a more ground-based enemy, but only for the most part. Yes, just when you think you have the drop on this boss, he/she/it pulls a fast one and jumps 20ft over your head.

This type of boss could be anything from a small man in a robotic suit, an inexplicably huge fat guy, a rabbit, a pony, a teddy bear with spikes on its ass, or even you.

Picture this, you get lost 4-5 times in this twisty, turney, complex of halls, fighting your way through hordes of enemies only to find yourself in front of a large door. Suddenly, the music changes and you know (in your heart) that beyond this door lies the fight of your life. You brace yourself for the worst, maybe a demon with a rocket launcher, maybe a brain attached to a robotic spider, who knows, you might even find Jesus. You open the door...

That's right, The Wall is exactly that, a wall. Sometimes it has lasers that shoot at you, sometimes it's a window, behind which is an evil scientist, sometimes it shoots demons... other times it's just a wall you have to beat up.

Probably the most harmless of the boss species. Try not to die from disappointment. Oh, and look out for that trapdoor....

Note: Sometimes the wall can contain a door, which is actually the boss/sub-boss/weakpoint/a door to another room.

All right, so you've battered a boss down to practically no health. Then you hit him with some fearsome weapon, and he starts flashing white. But then, instead of exploding/causing seizures, he transforms into an even bigger, nastier mofo. Even more fun is the fact that his weak point has now changed to something even harder to hit. Dang.

The Guy You Just Fought Only Stronger This Time

I mean, Holy Crap! Why even bother with this? Are they joking? Is the real boss sick today, so I gotta fight his understudy!? 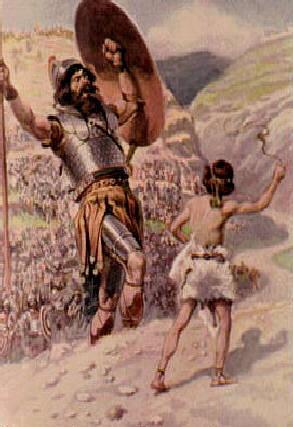 Goliath, though he appears intimidating, is a rather simple Level 1 boss.

How to Survive a Boss

The important thing is to REMAIN CALM! There have been too many people lost to utter panic. You start to panic, and you get all twitchy. BOSSES CAN SMELL TWITCHY! Seriously, just relax... relax... think happy thoughts. Don't dwell on the fact that at any moment you will die, lose all your progress and have to do the hard part all over again. Push that to the back of your mind... way back. No, not far enough! JUST RELAX!!! WHAT'S WRONG WITH YOU!? RELAX!!!

If the preceding paragraph made you nervous, good. Anyone who is too calm during a boss fight will end up splattered across whatever terrain they are on. The really important thing is to keep on that verge of utter panic, without flipping out.

Once you reach the correct mindframe, just take your Super Photon Hot Death Cannon, jam it down the bastard's throat and pull the trigger. 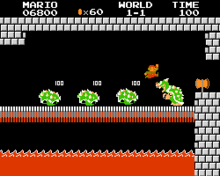 JUST RELAX and everything will be all right.

For any information that isn't covered in this article (none), feel free to consult you local Uncyclopedia.

Featured Article  (read another featured article)
Featured version: 27 December 2011
This article has been featured on the front page. — You can nominate your favourite articles at Uncyclopedia:VFH.