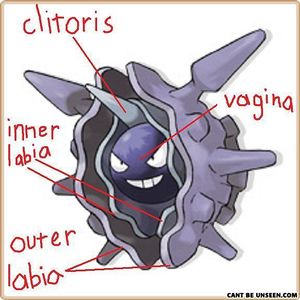 Do you still want to play with it?

Until the 1960s it was assumed that ancient gnostic texts describing the Clitoris as 'The goddess of fun' were correct, and that the clitoris itself was just a thing of myth and legend. Stories would be told at bedtime to little girls to give them hope, and to adolescent boys to keep them awake at night.

Then in a freak accident involving a contraceptive pill, someone's belly button and a Jack Russell, scientists accidentally discovered the Clitoris for the very first time. Suddenly girls everywhere had one, and boys spent the rest of their lives looking for one. 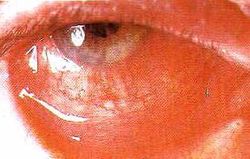 A close-up look at the clitoris

The clitoris has no known practical use or application apart from generating intense pleasure in its owner, who is without exception female. This fact has been a source of intense irritation to males down the ages, who have thought it extremely unfair, as they possess no equivalent organ. Except for the penis. Out of envy and spite, female circumcision (clitoridectomy: surgical removal of the clitoris) has been widely practised across the western world. However, the ensuing clitoral transplants (into males) have not so far been successful, possibly for neurological reasons, or even because men don't like scalpels cutting up their dicks.

Clitoral transplantation is a subject of continuing research, and clitoris donors are in much demand. The demand caused the Catholic's Pride Sucker Association to give out certain awards, like a clit for a clit. Therefore Penis owners sacrificed their sacred organ to try to fool the CPSA with it. Usually they end up finding that they succceeded but the award was a tucked-up sheep hip bone marrow manufacturing electromagnetic machine's rusty nail in the size of the urinary tract instead of what they desired.

Despite popular thought on the issue, it is now widely accepted by experts that British women do not have a clitoris. This fantastic and likely false interpretation of biology has freed up many a man hour otherwise spent blindly chasing female fulfilment.

British men can now be found engaged in infinitely more enjoyable activities such as competing in mortal combat via console games such as FIFA and COD4. As a result pregnancy rates in areas with quality broadband are dropping dramatically.

Generally girls or women should never touch or rub their clitorises. This is a sin against god and will send you straight to hell.

The author of this article doesn't care at all if you edit it.  Heck, your stuff is probably funnier than theirs.
Retrieved from "https://en.uncyclopedia.co/w/index.php?title=Clitoris&oldid=6155708"
Categories: