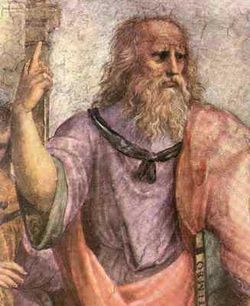 “But the truth can be PAINFUL and DISTURBING! Can it then possibly be BEAUTIFUL!”

“Gnosis is the means of achieving YOUR full potential! Please visit our seminar, the Cosmic convergence is closing, DON'T be left out!”

Gnostic is the name of a follower of an old Death Metal Band in Ancient Rome formed by Valentinus, Marcion, and Crazy Carpocrates (who was best known for his outragious stunts), which was popular around 300BC. The band was originally a reaction to rise of Neo-Platnonism and it had gained a significant cult following before being enveloped by the success of Christos.

A Gnostic is identifiable by wearing a Klansman hood and burlap S/M, whipping themselves and chanting their devotion to Gnosis.

For those without comedic tastes, the so-called experts at Wikipedia have an article about Gnostic.

The band was the creation of Valentinus, a young grad student who had read the poetic ramblings of lunatic genius, Plato, thus pursued a career in singing ballads. However, after a few years of poor reception he became quite dejected with this skill being put to little effect. Thus, in a rage, he symbolically met the devil at the cross roads, if you will, and road the counter culture wave, thus forming a Death Metal band which would come to be named Gnosis with his college friends, Marcion (who was their born again lead singer) and party animal Carpocrates (who would eventually make the band infamous with his onstage antics).

Gnosis slowly developed a modest but very devoted following, particularly amongst Greeks. Gnosis fans could be seen congregating in many cities, particularly in the Balkans dancing, speaking in tongues, barking, and singing devotionals.

Many die-hard followers could also be seen in Klan uniforms, whipping themselves, trancing and practicing ascetism (though, a few did eat, in fact they ate like no one else ever could!).

Gnosis fans are categorized by their favorite members:

Considered the most die-hard of group members, the Valentinians consider themselves the more intellectual of the group and most of the other groups as mere posers. The Valentinians are typified by their endorsement of homelessness, self-mutilation, and anorexia and bulimia. These are the guys who dress up like Klansmen (or simply dunce-caps, which would probably be some form of masochism), often wearing grey potato sacks (this is probably the only feature that distinguishes them from typical goths).

Similar to Emo kids, fans of born again Marcion are the most normal of the groups, many appreciating Marcion's guitar (which quite simply kicks ass way cool!). After his untimely death from a plane crash, many mourned, butting themselves and burning roses at his burial.

The most hedonistic of the group. Carpocratians are known for drinking, smoking (often hash), and "partying". Often, these fans are considered a real nuisance at concerts and are resented unanimously by both Marcinians and Valentinians. More often then not, the Carpocratians are responsible for concert riots.

Eventually, all of the Carpocratians where arrested, and Valentinian and Marcinian fans where beaten up by Christos fans, who thought of them as "pussies".

Though the group is barely heard of these days, they do have something of a cult following. Some of the most die-hard fans are even amongst groups one would least suspect!