~ Oscar Wilde on being dead

~ Spike Spiegel on being dead

“Ever been to Swindon?”

~ David Lister on being dead

~ Jerry Falwell on being dead

“Sure makes taxes a lot easier.”

~ Douglas Adams on being dead 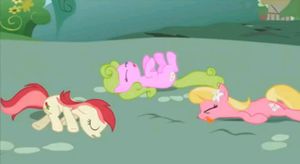 The underworld of China.

So it isn't that much different than being alive, now is it? No more mother-in-law weekend stay at your house. So death is a far plus. However, once dead, it can be a bit differcult to get back to a living state. You will need a team of doctors and a big amount of electricity. I always find that preparation is the key; try to die in a hospital or failing that, call an ambulance before to be on the safer side. Another option would be to call an ambulance near a power station to provide electricity.

But seriously, being dead bites.

Beliefs about being dead[edit | edit source]

Drunk people
believe that you will never die unless you're already dead and OMG IS THAT THOMAS EDISON? duuuuude, I knew he was a chick!

Atheists
believe that death is the end of your existence (something to look forward to, huh?) We all end off that way. If you're an Atheist you can feel superior because your group knows and the rest don't.
Super Adventure Club
believe that they will live forever (if they molest children) until they are hit by a train.
Calvinists
believe that we are predestined to die, so no use to keep living, so killing yourself would get you to heaven much quicker.
Catholics
believe that those who worship the Pope go to heaven, while everyone else goes to either purgatory or hell, based on a coin toss.
Jews
believe that if you die while carrying the Torah, you have embarrassed your family in front of the entire congregation and ten generations of your descendants must fast for 314 days out of every year.
Ganon
thinks that, if you refuse to join him, you will DIE!!!
Andy Warhol
doesn't (didn't) believe in death, because you're not around to know that it's happened, and he isn't (wasn't) ready for it...oh wait, he's (was) a strict Rutheran Catholic despite him having done cocaine, heroine, and gay sex...thank God for Solanas (sorry, that wasn't meant to be homophobic).
Queenists
believe that if you die of AIDS, you'll hang out with Freddie Mercury, and that if you don't, you'll have to put up with that one guy they got to play bass.
Anglicans
believe the exact opposite of whatever the Catholics believe.
Lutherans
believe that if you believe you're going to heaven, you do, but if you don't, you're most definitely going to hell, unless you believe you're going to hell, in which case you may actually end up going to heaven. Either way, they're pretty angry about the whole matter, and it's all the Pope's fault.
Methodists
are pretty laid back about it all, but are extremely gay and hostile to animals.
Hindus
believe that if you're naughty, you are reincarnated into some obscure animal, such as a cockroach, or if you're lucky, a cow (Fire up the grill!).
Presbyterians
believe whatever the hell R. C. Sproul says
Followers of Jeffrey Dahmer
either believe they'll go to heaven, no matter HOW many people they've eaten, so long as they're baptized or that there's nothing after life meaning they better kill, torture, rape, and make as many zombies as they can.

A Hindu Death for someone who's been naughty

Mormons
believe that they become gods when they die, and live on some star constellation nobody has ever heard of.
UFO Cults
believe that our spirit ascends to live with the aliens on the UFOs (Or comet passing by)...
Satanists
think they're going to hell to "party" with Satan (aren't they in for a nasty surprise!).
Scientist
think that it's the end of an organism, a natural process (while the other organisms exist) doesn't matter how you are dead.
Fanatical Cultists
believe that during your life, a computer counts your sins, and if you sin too much, you and your perfect mate will not be cloned when the aliens establish a new world order.

Some Crazy Platonist Guy
thinks that only your senses die, but your awareness stays.
Pot-smoking New Age followers
believe we go live with Mother Earth (depending on how we treat the environment).
Unitarian Universalists
just plain don't know what to believe.
Somniacs
believe that death is just like being asleep forever, and hence can't wait for it.
Scientologists
don't believe in death and think that man is immortal. Stupid, ri
Halooligists
believe that when you die you simply respawn.
Headbangers
believe that they become one of their favorite band's instruments. (if its it's the singer..your you're the vocal cords) sounds fun :)

Meanwhile, in the Land of the Living[edit | edit source]

Your body is sitting there, rotting and stinking in your best clothes (while your blood-alcohol level is way over the driving limit, thanks to embalming) in some god-forsaken hole in the ground, while your "best friends" and "closest relatives" are pawing through your possessions.....