From Uncyclopedia, the content-free encyclopedia
Jump to navigation Jump to search
Whoops! Maybe you were looking for prestigious?

The show is so prestigious that they didn't even bother to edit the logo of Pfizer to make it look funnier.

Pfizer is an American–German spin-off of Frasier, continuing the story of the prestigiously-named radio host Frasier Crane as he changes his name to Pfizer Antigone-canadensis, to become even more prestigious. Antigone-canadensis is the scientific name of the bird crane. The word "canadensis" starts with a lowercase 'c' so that it looks even more prestigious. Moreover, this article also uses the word "prestigious" too many times, to emphesize how prestigious Pfizer is trying to be. Pfizer is the most snobbish thing in the world. It's a reality show that only wants to prove to you how much it's so much better than all the other shows. Moreover, this article uses the word "moreover" too many times, so that you get sick of Pfizer and its endless prestigiousness. Moreover, Pfizer is a fucking piece of shit because it wants me to get shots in my shoulder. It's a bunch of snobbish pigs who want me to get two fucking shots every fucking six months until this cool Corona is over. Moreover, this article uses the words "this article" too much because it's fucking lame. They only want to prick my shoulder with their fucking needle. Pfizer fucking sucks.

A scientific pic of a prick, with a prestigious caption to show you how prestigious Pfizer is when captioned

Pfizer sucks because they wanna prick my shoulder, every six months. They only want people to think they are so fucking prestigious and shit. They're a reality TV show about making the Corona go away. Corona isn't prestigious at all. it's cool and it even has the same name as the beer Corona. I'm so sick of this Pfizer show. Everybody knows it only wants to be so fucking prestigious and that everyone knows they were the ones who cured the coronavirus. Look how un-prestigious coronavirus is. It doesn't even have a capital C.

Pfizer only wants to prick your shoulder and make you hurt for a day and a half. Twice. Every six months. They can go eat shit and die. I fucking hate those pricks.

The word Pfizer contains six characters. The main characters are, of course:

Tip:
To look prestigious, give useless tips. Moreover, make each one look important. 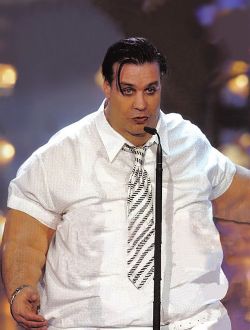 Pfizer aren't too prestigious to even make Weird Al parodies.

Of course the show was produced. Pfizer was produced by a German company and another American company who invented the Viagra. Pfizer only wants to kill you and prick your shoulder. The Germans also invented Heinz mayo, of course, which is irrelevant because no one has invented a way to inject Heinz into my shoulder. Pfizer is evil and must be stopped ASAP.

What? I can't understand your German accent. Causting? What the fuck is causting? (Vernacular: lose the fuckin' umlauts, Man.)

Unlike Frasier, which was set on Daphne's moon, I mean butt, Pfizer is set on my left shoulder. A huge needle is set to prick my shoulder every six months. Twice.

The show's theme song, "The Way to Succeed and the Way to Suck Eggs", is sung by Ministry and it sucks even moreover than the show itself, this article and the world "prestigious" combined, of course. 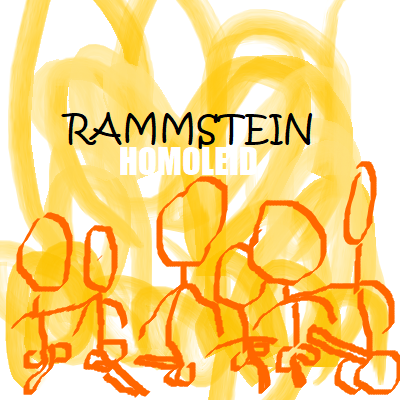 THE MOST IMPORTANT THING IN THE WORLD

Featured Article  (read another featured article)
Featured version: 26 January 2022
This article has been featured on the front page. — You can nominate your favourite articles at Uncyclopedia:VFH.