Not Washington, District of Colombia - Jared Kushner, puppet leader of the Trump group, who has been left in control of the supposed 'federal stockpile' of medical supplies, declares the vital supplies that the states require to continue to deal with the national threat of the coronavirus pandemic are "(not) the states'", but rather, "ours" (referring to the Trump group [the company]). Whether Kushner is a communist just wanting to "starve the beast(s)" while making an absolute living off of it (much like Joseph Stalin did in Soviet Russia) remains to be seen.

Donald Trump's rhetoric over the previous few weeks has solidly been to "starve the beast." He claims to have done so by laying the foundations back on 10 February with his 16% reduction of the CDC's budget, which, funnily enough, came 11 days after the WHO declared COVID-19 to be a public health emergency of international concerns. He's reinforced this rhetoric by continuing to push for Christian places of worship to be opened during Easter, though he later redacted this after receiving a death threat from top epidemiologist, emerging national celebrity, and Stephen Hawking look-alike Dr. Anthony Fauci. Regardless of the redaction, this policy is still being followed by a majority of Bible Belt states. 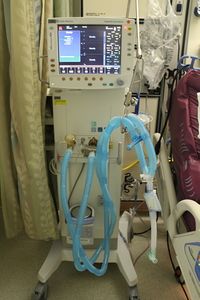 A medical ventilator, one of the many pieces of protective equipment being withheld.

By controlling the distribution of vital equipment with federal backing (a monopoly, if you will), the Trump Conglomerate can make a shit ton of money off of this entire thing. Prices for emergency equipment have shot up dramatically and demand continues to increase as more and more states begin begging and pleading for a simple loaf of the single-day immunity bread, while supply is being curtailed artificially by the federal government. This move should surprise no one, as the Trump administration has only noted their desire to fix the economic issues associated with the pandemic, and that this could be used to fund higher military spending as an alternative way to tax the states, or as a way to reduce state autonomy. The Wilshire 5000, one of the most well-received indices for stock performance, which reflects mostly day traders and medium to large businesses, has dropped 27.855% since 20 February 2020. Two days ago, 6.6 million US citizens filed for unemployment benefits. Make of that as you will; it's not my fucking duty to tell you what to fucking think.

A national "Stay the fuck home" order has yet to have been announced. The reason behind this apparent inaction is ambiguous. 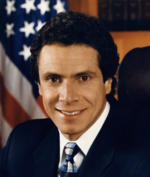 This increasingly ass-backwards country that compromises itself by overimporting and not exporting stuff.

A message from the author:
United States of America, DO SOME WORK!
fucking bureaucratic-ass economy-sucking nationalizing fuckers be killing us all for political shit

On a serious note, stay the fuck home, please. I'd rather not lose audience, thank you very much, and it's better that you restrain your own freedoms for you to be able to use them once again when this whole thing is dealt with, rather than using them now and not being alive to use them later. This thing affects people of all ages, and kills people of all ages and of all health conditions, from very healthy to ultrasick. Stay the fuck home!

I've ran out of ideas, so, so long, readers. Your dedicated Uncyclopedia UnNews reporters will remain vigilant in keeping you informed.

Featured Article  (read another featured article)
Featured version: 21 May 2020
This article has been featured on the front page. — You can nominate your favourite articles at Uncyclopedia:VFH.